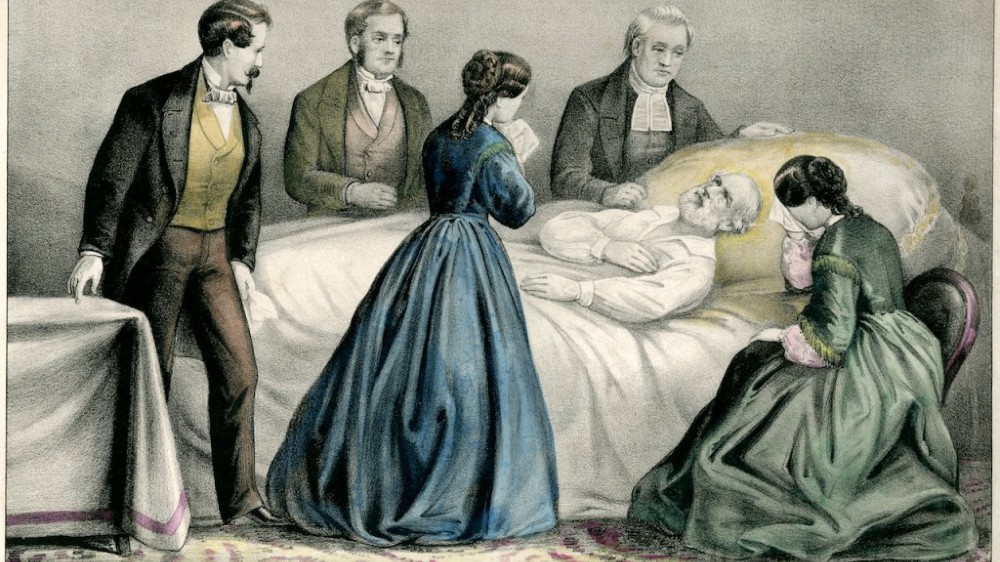 This is a brain dump arising from reading hundreds of articles about COVID-19, and about how politicians and ordinary Americans are responding to it.

The media are trying to con the public when it comes to blaming Trump for America’s allegedly “failed” response to COVID-19. Wolf Howling put up a very useful timeline in which he contrasts the president’s actions, the Democrats’ and media’s contradictory statements, and the number of sick and dead at the time the president was acting and the Dems were talking. It’s quite apparent that Trump responded quickly the moment COVID-19 touched down in America, and that his response was usually quite consistent with the increasing perception of a threat. In other words, Trump has nothing to be ashamed of in terms of the timeliness of his response.

The somewhat slippery Tony Fauci was explicit that he and Deborah Birx only had to make a recommendation for one form of mitigation or another to have Trump accept it. Whether Trump regrets some of those steps is unknown, but it’s clear that he was not making decisions based on either ego or the economy. He was making them based upon public health recommendations.

The media’s escalating lies about Trump’s alleged failures are consistent with the old legal advice given to a lawyer with a losing case. The following version comes from the Quote Investigator. According to that site, this 1925 quotation is the second oldest usage of this tried and true legal advice. I like it because it doesn’t say “pound the table,” which is the variation most lawyers know. Instead, it says “Abuse the other fellow’s attorney,” which is precisely what the media are doing to Trump because they’ve got nothing else.

The leftists’ hatred for Trump is turning them into his puppets. I always told my children that, if they were reflexively oppositional, they were as much in my power as if they were obsessively deferential to anything I said or did. That is, whether they did everything I said to do or nothing I said to do, it was my orders that were dictating their responses, rather than their own desires.

With that in mind, it was funny to see Trump say that he has complete authority to re-open the country — which is true under his plenary power in case of a national emergency — only to see the media instantly insist that he has no power at all and that all power is reserved to the governors. Right up until he announced his plenary power, the media was castigating him for being an ineffective failure because he wasn’t sufficiently authoritarian but was, instead, allowing the governors latitude in and responsibility for their states.

The governors are going to start seeing more Americans challenge claims about what’s essential and what’s not. As Michigan’s Gov. “That Woman” has demonstrated, “essential” turns out to be a Humpty Dumpty word. H-D famously said to Alice in Through the Looking Glass, “When I use a word . . . it means just what I choose it to mean—neither more nor less.”

When it comes to defining “essential,” people are going to start making the point that a business is essential if it keeps people from being dispossessed, unemployed, and bankrupt.

For the first time in my lifetime, America is having to confront the idea of death. Death is not a big part of the 21st century American’s mental framework. Except for car accidents (around 30,000-40,000 people annually, which is a mercifully small percentage of our total population), people die tucked away in hospitals, either after long illnesses or because they’re very old. This is true for the annual flu, too. Every year, people die from it, but it’s an accepted pattern and, again, it tends to attack people suffering from a pre-existing illness or old age.

In a pre-modern era, death was omnipresent. Everyone, at any time, could be stricken. There’s nothing like walking through an old graveyard to remind you that 50% of all children died before the age of five, that women routinely died in childbirth, and that men were felled by everything from disease, to war, to work-related accidents. Deaths happened in the homes and on the streets. Indeed, the Victorians sometimes seem second only to the Ancient Egyptians when it comes to making a cult of death.

In England, the gentry, such as Jane Austen’s family, farmed children out to wet nurses until they were at least three. During those three years, the wet nurses dealt with the incredible mess and stench of children until they were potty trained. Just as importantly, this system kept the children away from parents during the children’s primary death years. In that way, parents didn’t suffer so terribly if the child died. The presumption was that the wet nurses, who were not supposed to get emotionally attached to the children in their care, would nevertheless try to keep the children alive because the children were tied to income. It was a pragmatic approach to a painful reality.

While COVID-19 is mostly fatal to people who are elderly, obese, have diabetes or heart disease, or have other preexisting conditions, it’s also mowing down a very interesting cohort: Well-known people. Usually, when the flu rolls around, the deaths are anonymous, known and mattering only to families and friends. In this case, Boris Johnson trembles on the brink of death, Tom Hanks and his wife become ill, a Broadway actor fights for life, and other people in Hollywood, New York, and other places of “fame” are dangerously ill. As I believe I wrote early on, perhaps after Tom Hanks’ diagnosis, this is a disease that attacks the lifestyles of the rich and famous. It turns out that jetting from one grand opening and party to another, and attending big, fancy parties, makes one vulnerable. Being a stay-at-home nobody turns out to have its advantages.

The media is exacerbating the panic through the simple medium of reporting every death. If the media headlined every single death in America under ordinary circumstances, whether from the flu or anything other than old age, all of us would be too despairing and panicky ever to leave our homes.

None of these observations are intended to diminish the fact that COVID-19 is nasty. It’s highly contagious and moves with incredible speed.

From what I gather, it’s also a miserable way to die. I read somewhere that it’s like drowning in one’s own lungs.

My mother died from congestive heart failure, which is also like drowning in one’s own lungs. They didn’t put her on a ventilator because, at 93, it was clear that her heart had simply worn out. This was a one-way street. However, they filled her with morphine so that she wouldn’t be aware of that drowning sensation.

Despite being a very good swimmer, I’ve always had a terrible fear of drowning, perhaps because when I was six, I almost did drown. (I knocked myself out going down a water slide and, while the lifeguard didn’t notice, an alert twelve-year-old did, saving my life.) I wouldn’t wish that on anyone, although I wouldn’t weep if it happened to truly evil people, like Iran’s mullahs or Venezuela’s Maduro.

For a person to be healthy and vital one day and on death’s door the next has an unpleasantly medieval feel. Even AIDS in the 1980s wasn’t like this because it was a very targeted disease: It went after people who lived the gay lifestyle or hemophiliacs. The rest of us, if we took care, were pretty sure it wouldn’t hurt us. Life in America didn’t need to shut down.

The experts have been excessively wrong. Some of it couldn’t be helped. This is a new disease, so trial and error was the only way to go. However, the impulse to destroy a country to save it is strong among academics — and academia, of course, is home for experts. While some are well-intentioned but misguided, I’m sure there are people there operating under the Cloward-Piven principle of breaking America to rebuild it in a fabulous new socialist mold.

Watching my leftist friends in action, they are learning nothing from what’s going on. They still believe in socialism, they still want socialized medicine, they make no connection between bad computer modeling for COVID-19 and bad computer modeling for climate change, and they hate Trump with an irrational force that is entirely unaffected by facts. I know that conservatives hope that Americans will reexamine their political assumptions after this experience, but I’m pessimistic. I hope I’m proved wrong.

Governors that have taking exceptionally draconian steps to lock down their states to prevent even a single death have locked themselves in too. Now, any death from COVID-19 represents a political failure and is one death too many. The irony, of course, is that these are the same governors who are rabid in continuing abortions even during the shutdown.

I think that’s the brain dump.

Oh, one more thing! Bidets rock. I’ve always known that to be the case thanks to my trips to Japan, but having installed a very simple one

in my home the moment toilet paper became an issue, I recommend them for every household.