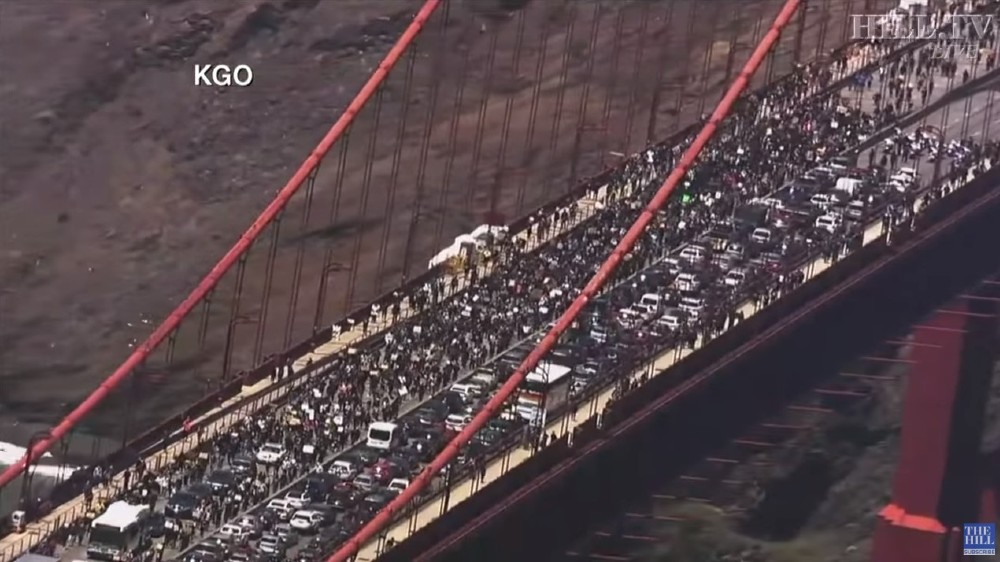 With a bot attack having sidelined my blog for a while, I spent time on Facebook catching up with what my leftist friends are thinking. It was not pretty.

I’m back! Another bot attack got me which is, I guess, a mixed blessing. It means that I’ve become worthy of attack. (See, I’m trying to put a cheerful spin on things.) I’ve tried to put more layers in place between me and the bots. I’ll keep my fingers crossed that it works.

I’ve used the downtime to catch up with my leftist friends on Facebook. As longtime readers know, I spent most of my life living in conservative enclaves, especially the San Francisco Bay Area. That means that the friends I acquired over the years, almost without exception, are Democrats. Like me, they once were moderates, along the lines of Kennedy Democrats. However, when I thought Democrats had lost the plot and became a conservative, all these friends are sticking with the Democrat party and burying whatever intelligence they once had in supporting its every attitude and initiative.

In one post, these Democrats will have a video celebrating an assembly of ten thousand people here and ten thousand people there, and in another post, they’ll be castigating dumb “rednecks” for not treating the Wuhan Virus with the proper seriousness. This post below, for example, got universal acclaim from the same friends who were lambasting rednecks for endangering everyone for failing to social distance. (I don’t know Filipiak or those who commented in the image below.)

My erstwhile friends’ behavior depresses me. What happened to them (or to me)? Were they always this lacking in logic and insight? I don’t think it’s that I’m that much smarter. I think what happened is that their allegiance to the Democrat party meant that they follow wherever it leads. If doing so means checking their brains at the door, they’ll do it.

Another disheartening post came from a Marin County history group to which I belong. All the people in the group were celebrating Angela Davis. When one person delicately hinted that she had supplied the illegal gun that murdered a Marin County Superior Court judge, that person was shouted down. She didn’t do anything wrong. It was just a gun. That was different from murder. I can guarantee you that every single person who piled on that argument opposes the Second Amendment — except when guns are in the hands of black Marxist terrorists.

Then there were the people who celebrated the article “Performing Whiteness” from The Paris Review. (You can find the link if you want. I doesn’t deserve a share.) The article claims that “Epigenetic research focuses on how the body responds to generational trauma. We evolve to survive. But how does a body respond to generational expressions of racial power?” It’s written by a stage director and “practitioner of racial healing” and that quoted material, turgid though it is, manages to be the most intelligent thing she says.

Everybody is also suddenly discovering the race attack in Tulsa Oklahoma in 1923. It was a vile, horrible, evil attack, but it does not have anything to do with America in 2020.

One guy thought it was meaningful that people in Piedmont, a ritzy white neighborhood in Oakland, California (near Berkeley), had put on their houses signs supportive of BLM. It didn’t seem to occur to him that they were telling the thugs to leave them alone. The signs were the equivalent of protection money to the mob.

Another person thought it was just insanely funny that someone left a bag of dog poop on Donald Trump’s sidewalk star in Hollywood. It probably hasn’t occurred to her that Trump doesn’t care.

And then there are the ritual attacks on conservative intelligence. Even those who don’t agree with Kayleigh McEnany, if they were being honest, would acknowledge that she’s obviously and ferociously intelligent. But a guy I’ve known since kindergarten, who has nothing to boast about in the brains department, has a series of Facebook posts slamming her as a dumb blond.

Then there’s this picture which someone posted to explain why Biden gets a pass for supporting segregation and segregationists, putting a generation of black men in prison, and publicly sexually harassing and assaulting girls and women: He paid his dues by walking six steps behind Obama for eight years. If you do the same, maybe you’ll be forgiven too: 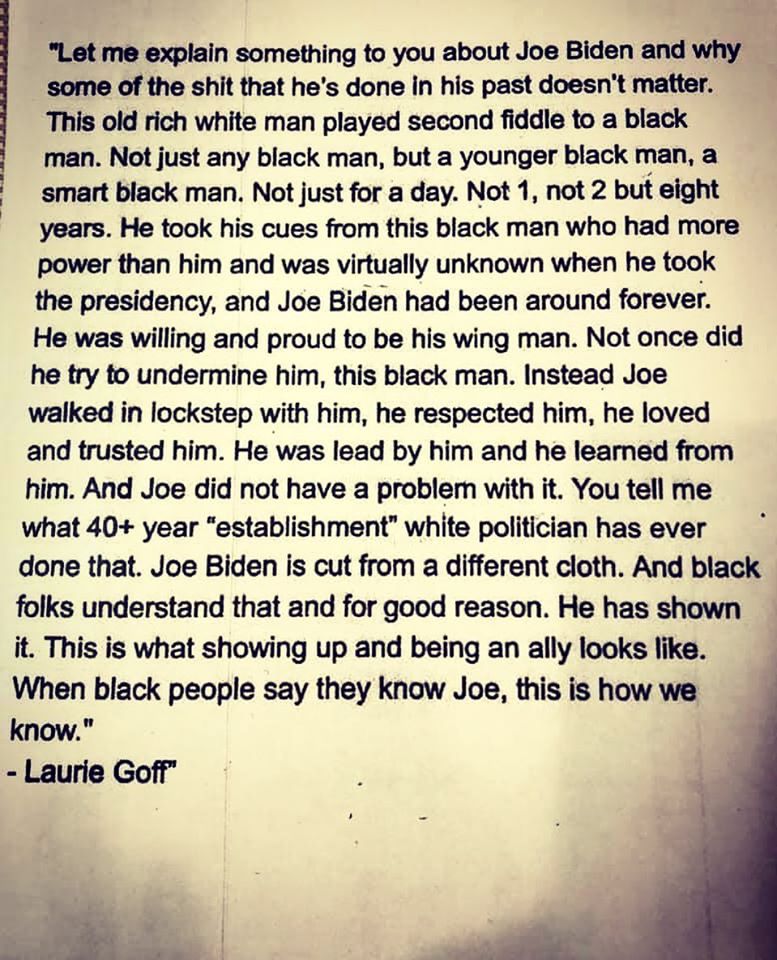 And that is all I can do for now. As always, while I don’t post on Facebook, I read it to gauge what affluent white leftists are thinking. And as always, it depresses me deeply.

(The image heading this post shows protesters who are not socially distancing on the Golden Gate Bridge.)