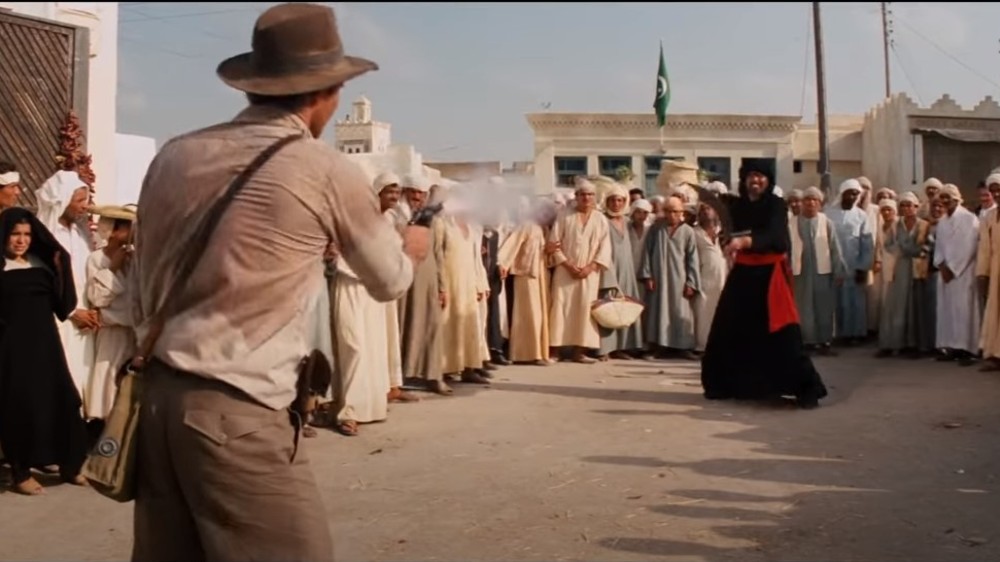 Leftists want a make-or-break revolution in America, forgetting that, when it comes to weapons, they’re the Stone Age tribes and conservatives are Europe.

I had an epiphany, albeit one that ends with blood. John Kerry has threatened all of America by announcing that if Trump is elected president, there will be a revolution. He’s not making a scholarly prediction; he summoning the troops.

When I read that, my first thought was, “Well, conservatives (i.e., Trump supporters) are the ones with the guns.” Leftists in America may be violent, but except for Antifa, some of whose members are armed, the lefts’ anti-Second Amendment stance means they’re armed with bricks and sticks.

And that’s when I had my epiphany. The leftists are the Stone Aged tribes of America. They paint themselves funny colors, make lots of noises, and do ritualized “violence dances.” They look scary but, just like any Stone Aged people, when the more advanced civilization’s guns come out, the Stone Aged people are done for. It’s not complicated: The side with the better weapons win, and conservatives are on that side.

The famous gun versus sword scene in the first Indiana Jones movie is a cute, graphic representation of this problem. Cute — but surprisingly accurate. Europe successfully colonized Latin America, Africa, North America, and the Caribbean because the Europeans had guns and the indigenous people — all of whom were Stone Aged in the technology, didn’t. In North America, Native Americans fought valiantly against European colonization but they were never going to win against the better armed Europeans.

Leftists would know this if they studied actual history, as opposed to made-up history.

The only thing that could change this dynamic goes back to the Obama administration’s weapon buying binge in 2013. In a recent American Thinker post, John Watson remembers how Obama went crazy arming his administrative agencies. (Watson speaks of the last two years of the administration, but I happen to know it began in 2013, so the purchases may be even more significant than Watson documents):

During the last two years of the Obama administration, some unusual purchases were made.  Large quantities of ammunition were purchased, as were firearms, mostly for somewhat obscure agencies or agencies with no real need for such weaponry.  Estimates are that over 1 billion rounds of ammunition were ordered, which resulted in making ammunition scarce for the normal civilian market.

Also significant was Obama’s troublesome statement made during his campaign, as follows

Moreover, Watson reminds us that it wasn’t just ordinary guns and ammo these agencies got. It was serious stuff for agencies that had no possible use for that kind of thing (emphasis mine):

These agencies are filled with Democrat denizens of the Deep State. It’s not impossible to imagine them using those taxpayer-funded weapons as an arsenal for the leftist side should John Kerry’s threatened “revolution” take place.

Of course, you can give Stone Aged fighters modern weaponry, but possessing them is not the same as knowing how to use them. Nevertheless, if the Deep State is the armory, we’re in trouble. If not, it will be a bloody war, but a short one, and history tells us that the Stone Age fighters will lose.