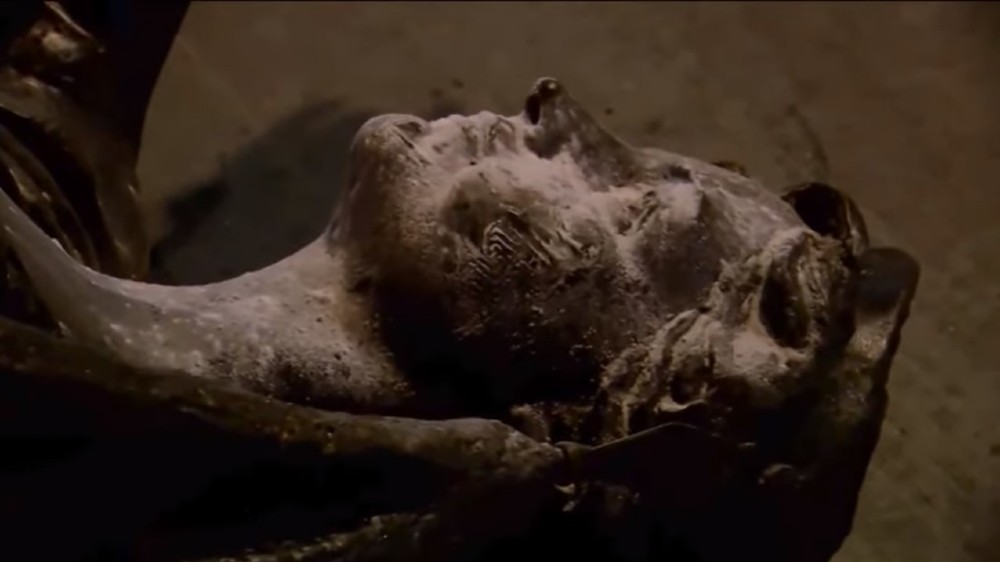 My thoughts have gone a’wandering, and today’s journey took me from Agatha Christie’s casual anti-Semitism to the woke mob’s ignorant destruction.

A young friend of mine has discovered Agatha Christie, the world’s best-selling fiction writer, who died in 1976. My friend is gobbling up the books as fast as she can. Christie, who wrote between 1916 and 1973 is a very accessible writer, with appealing characters and extremely clever plots.

Christie was very much a product of her time and place. She was born in an upper-middle-class British household at the end of the 19th century, and she reflects the values of both that time and place. That’s why, to my young friend’s surprise, when she read And Then There Were None, which Christie wrote in 1939 and originally published under the name Ten Little N******, she discovered Christie making casual racist references to Jews. (It’s interesting, of course, that the book’s publishers removed the anti-black racism but were comfortable with her casual anti-Semitism.)

In And Then There Were None, Christie has an unappealing character thinking to himself, “He had fancied, though, that the little Jew had not been deceived — that was the damnable part about Jews, you couldn’t deceive them about money — they knew!” You can find myriad other stereotypes about fat-lipped Hebrews, vulgar Jews, etc. in her writing.

You find the same thing in the pre-WWII writings of just about every other British writer, from Dickens to Dorothy Sayers to Georgette Heyer, just to name a few. The British middle- to upper-classes didn’t like the Jews and subscribed to all the stereotypes about their being money-obsessed and coarse. The only sympathetic portrayals I can think of offhand came from Sir Walter Scott (Ivanhoe), George Elliot (Daniel Deronda), and Benjamin Disraeli, a Jew whose father had him baptized at 12, who was nevertheless extremely proud of his Jewish background.

I explained to my friend that, unlike the vandals in our culture today, we have to accept that people are going to reflect the values of their time. You can’t throw out the past simply because it disagrees with the present. We can only be grateful that certain unpleasant values have changed. We also recognize that some people were so awful that even by the standards of their times they fail to measure up.

While the British authors I’ve mentioned and others who wrote around the same time, had “mere” racism towards the Jews (nasty comments, “I wouldn’t want my daughter to marry one”), they were not genocidal in their dislike. And after the British reformed their laws allowing both Jews and Christian dissenters to have access to politics and universities, people like Agatha Christie wouldn’t have stood at the doors barring their way.

I’m sort of wandering here, but this gets me to the statues that the mobs are tearing down. The Founding fathers were men of their times. They were also much better than men of their times because they conceived of a whole new type of governance, one that promised liberty when Americans had matured enough morally to accept it. That is why we cherish the Founders. We forgive them for the sins of their era because they paved the way for our nation to abandon those sins.

But to historic illiterates, the world is Manichean. There are good people and bad people and, of course, the mob gets to decide which is which, without the benefit of any democratic processes.

In the modern era, it’s taken leftists and Islamists to reinstate malevolent, genocidal anti-Semitism. That’s always going to be unforgivable. The ideologies they advance are and always have been evil. They’ve contributed nothing to the world but pain and death.

Anyway, I’m sort of working my way to how Agatha Christie and the mobs all fit in the same template, so forgive this post for being a little chaotic. It’s been a long day and this is apparently the best I can do intellectually.

Image: A screengrab from a news story about mob-destroyed statues in Madison, WI.