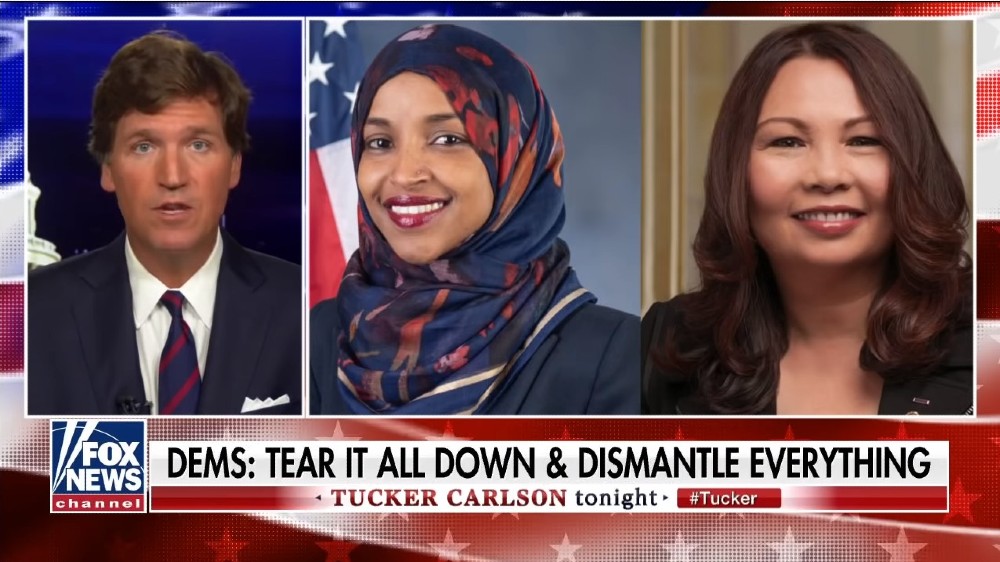 We’re finally starting to see signs of pushback against the Marxist aggression that’s dominated America in 2020. This post honors those efforts.

I had an Irish friend who refused to believe that America would ever go full leftist. “It’s just not in the American character not to push back.” I’m not so sure, frankly, but I like his optimism.

Years ago — four years ago to be exact — I wrote a post about my strong belief that FBI agents would not step forward to challenge Hillary no matter the evidence against her. My reasoning was simple: FBI agents had too much to lose. It wasn’t going to prison, or being exiled or even executed that they feared. It was not being able to pay the mortgage or fund their kids’ four years in a luxury college:

No matter how principled they’d like to think they are, most middle-class people will turn a blind eye to corruption in their midst rather than run the risk of being unable to pay their mortgage or fund all of the other payments necessary to support a middle-class lifestyle. They don’t think of themselves as dishonest or complicit in dishonesty. They think of themselves as cautious people who aren’t going to risk their children’s future for some grand-standing that, rather than resulting in applause, could leave them unemployed and desperate.

This episode from my past makes me doubt very strongly that Hillary Clinton will be indicted. I know that the rumor mill keeps saying that FBI agents, from Comey on down, will quit if Loretta Lynch lets Hillary walk. Some of the FBI agents whispering this to friendly reporters may even believe that they’ll quit.

Mostly, though, this is a bluff.  Why?  Because the people talking about quitting are middle-class people with mortgages, and school fees, and insurance, and all the other expenses that keep us in the middle-class living up to our own expectations. If Hillary really does walk, 99% of those “I’ll quit if she’s not indicted” agents will manage, very quickly and easily, to convince themselves to stay in their jobs, and get their salaries and pensions.

I was right too. Comey, who lacked the authority to make the call, nevertheless announced to America that Hillary should not be indicted and everyone in the FBI meekly nodded. The same agents have remained silent about the Russia hoax. Even with Barr in charge and Trump in the White House, the people with obligations to their families and an attachment to their lifestyles will not talk.

However, there are comforting signs that Americans, stunned by the Wuhan virus, the protests, the riots, the looting, and the swift ascendency of cancel culture, are starting to push back. Considering the immensity of what the left is doing right now — this is a civil war, although so far the left is practicing by killing its own, both figuratively and literally — the pushback is currently useless. However, it has to start somewhere.

First up is Tucker Carlson. Of course, Carlson’s been speaking out bravely since the beginning, but I particularly like the fire with which he attacks Tammy Duckworth. This is the fire more of us need if we’re going to pushback against the accelerating Marxist takeover of American politics, culture, education….

Second is Terry Crews, an anomaly in Hollywood because he’s willing to take a stand and then refuse to be browbeaten. I’ve liked Crews ever since I watched him play a black father in an intact family in Chris Rock’s Everybody Hates Chris. It turns out he wasn’t acting abut the family man bit. He’s a devoutly Christian, married father of five and he believes in the institution (despite a porn addiction problem). And being a Christian, not a Marxist, he believes that all lives matter. Further, he says that, if you’re going to advertise yourself as supporting black lives, you need to support the lives of those blacks who die at black hands, especially children. He spoke with passion and knowledge in the face of Don Lemon’s vapid conversation and blank stare. We need more people like Terry Crews and fewer like Don Lemons:

Third is Samantha Pfefferle, a recent high school graduate who got admitted to Marquette University, which is a Jesuit institution. I think that St. Ignatius Loyola must look down from Heaven and weep when he sees what’s happened to the Jesuits. He founded the order as the tip of the spear in the Catholic counter-reformation. It was always intended to be a vigorously honest intellectual movement. The Jesuits were famed for their mental strength. Not so much now. After Pfefferle posted a pro-Trump video on Tik-Tok, in which she included captions discussing the hate she got for her beliefs, Marquette administrators tried to bully her into rejecting them, as well as hinting that they could still reject her:

Pfefferle explained that following the TikTok, she was contacted by Brian Troyer, dean of undergraduate admissions at Marquette, who she said told her her acceptance to the school was far from certain.

“[He] had the heart to tell me I wasn’t a student,” Pfefferle said. “This means that my classification is still in limbo and is currently being decided by the administration. I have been accepted, I paid for my housing, I have my roommates, I even have a complete class schedule. If that doesn’t make me a student, what does?”

Some Marquette administrators also asked Pfefferle a series of questions meant to judge her morals, she said.

“They also asked me hypothetical questions regarding Dreamers,” she said. “How would I respond if a Dreamer who lived down the hall from me came up to me and told me she didn’t feel safe or comfortable with my views and me being on campus. They also asked me if they thought there was anything I could do to improve my image on campus. They proceeded to ask if I was comfortable with the reputation I have established for myself. The assistant dean asked if I put any thought into the response I would be getting from my videos.”

There are a couple of things to say about the above-quoted material. First, in response to the hypothetical an administrator posed regarding the Dreamer, that hypothetical Dreamer needs to grow a pair. If you’re living illegally in the U.S., you need to toughen up. Second, once Marquette found itself in the spotlight, it backed down. It was right to back down because what it was doing was vile, but it’s still interesting that the college didn’t even have the fortitude to stand behind its vile principles.

Fourth is tiny New St. Andrews College in Moscow, Idaho. The college offers a traditional Christian education, the kind that a gentleman would have received 100 or 150 years ago, and believes in its principles. To that end, it publishes edgy videos defending traditional values. This is its latest, a telling rebuke against the Black Lives (Don’t Really) Matter movement:

Fifth has to be the couple in the San Francisco Bay Area who painted over a Black Lives Matter message that the leftist government had allowed to be painted on a public street. As Wolf Howling explains in this post, a prosecutor whom Soros bought is now prosecuting them for hate crimes. In other words, while leftists can vandalize property across America, a conservative who tries to return public property to its original state is committing a thought and speech crime and must be destroyed.

And that’s it for today. If you have stories about people taking stands against this slow-moving revolution/civil war, please include them in the comments.