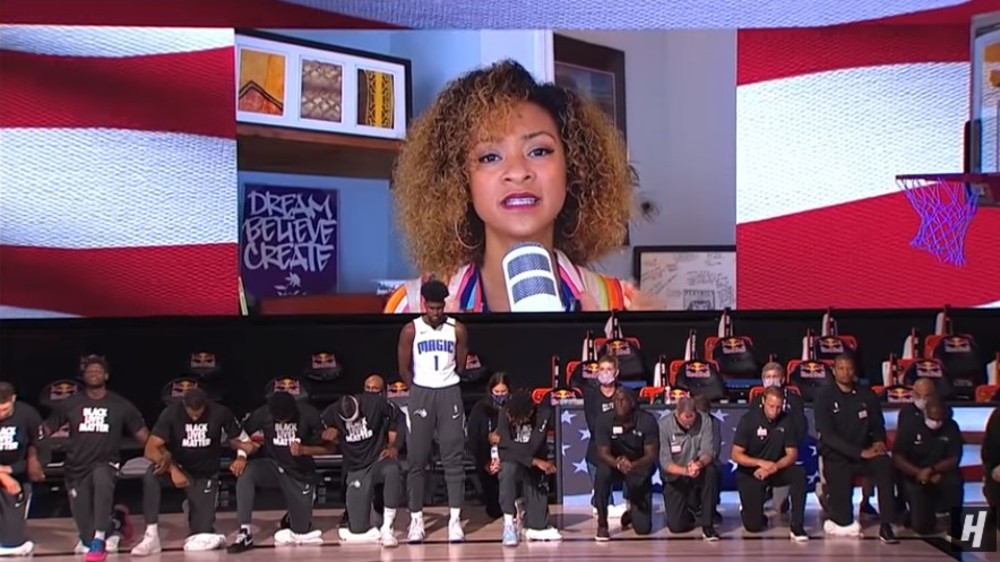 Although it’s presented as a political battle, what we see in America has all the earmarks of a doctrinal struggle between God and His opposite.

We should have realized a long time ago that the battle raging across America, in its streets and its cultural institutions, is a Holy War. In some ways, the first shot fired was the universal ridicule from the left when Tim Tebow kneeled before God at football games. Just a short time later, that same leftist establishment was exultant when Colin Kaepernick “took a knee” during the “Star-Spangled Banner,” not as a sign of respect but as a form of insult.

Marxism, after all, is a doctrine of faith just as surely as the traditional Judeo-Christian religion is. What Kaepernick did was the American equivalent of tearing the crucifixes off the walls in Catholic Churches during the 17th-Century wars of Reformation in Europe.

While Marxism is deeply hostile to traditional religion, it has all the hallmarks of a religious belief system, even though it lacks a divinity at its center. Writing at American Thinker a couple of years ago, Bruce Walker developed the theme:

What is the religious dogma of leftism?  There are several sacraments, each made utterly resistant to treason, experience, or logic by the druid clergy of leftism.  (1) There are immutable classes of victims and victimizers beyond remediation except through a constant procession of human sacrifices.  (2) There are institutions that demand more and more resources and that can never been considered failures.  (3) Nations are to be compressed into provinces of a world government and peoples into a single undifferentiated humanity.

As with all faiths, Marxism’s belief systems are irrefutable. Global warming, when it fails to materialize, morphs into climate change. Unseen magic transforms humans, with their binary male/female DNA, into an endless mélange of changing sexual identities. Marxism’s unbroken string of failures, when put into effect, are explained away with the irrefutable (to Marxists) line that those past efforts “just didn’t do it right.”

Marxism also has its saints and martyrs. In classic Marxism, they would have been poor people exploited by evil capitalists. In America, however, with its extraordinary economic and social mobility, that’s not going to fly. Instead, the saints and martyrs are racial figures.

Trayvon Martin is transformed from a violent, drugged-out, small-time thug into a childish, smiling figure who could have been the son of America’s black president. Michael Brown is not a hulking figure who engaged in strong-arm robbery and tried to steal a police officer’s weapon. He’s a “gentle giant.”

And lastly, George Floyd is not a violent felon and petty criminal who held a gun against a pregnant woman’s stomach, and who was so hopped up on fentanyl and a variety of other intoxicants that it’s unlikely he would have survived the night (and his inability to breath probably arose from acute fentanyl intoxication). Instead, he’s a beloved family man whose image blooms on urban walls across America.

When it comes to traditional saints, Marxists have a different take. Father Damien of  Molokai was a Belgian Catholic priest and canonized saint who went to Hawaii in the 19th century and was so moved by the plight of the lepers there that he gave the rest of his life to be of service to them. Working alongside the people, he made the wilderness to which they confined a habitable place, cared for the sickest residents, and buried them when they died.

His sacrifice was genuine, for he eventually sickened with leprosy that killed him. Hawaiians revere him, but to Alexandria Ocasio-Cortez, he’s just a remnant of “white supremacist culture.”

. @AOC calls the statue in the US capitol building of Father Damien, a canonized saint in the Catholic Church, a part of “white supremacist culture.”

Father Damien died of leprosy after spending his life serving others who had the disease. pic.twitter.com/NVnfCN7EVK

The religious war aspect of what’s happening in America came into tighter focus on Friday with two almost perfectly parallel events, each representing the two faiths at war here. In Portland, Oregon, at a Black Lives Matter protest, a crowd of people stood around to watch an American flag and a Bible burn. That is what religious conquerors do.

There are warriors on the other side, though. Most of them appear in secular circumstances. They’re John Kass, who won’t back down when he’s falsely accused of anti-Semitism. They’re Trader Joe’s, which refuses to repackage all its food to appease the woke mobsters. They’re the Wall Street Journal, which won’t conform its editorial page to its own woke mobsters’ demands.

And on Friday, it was also 22-year-old Jonathan Isaac, a forward for Orlando Magic, an NBA team. At the first game of the season, while every other player on his team wore a black Black Lives Matter t-shirt and took a knee (and many held up “black power” fists), refusing to respect the American flag, Isaac stood tall in his white jersey.

Afterward, when a hostile and perplexed press tried to attack a black man for being insufficiently respectful of the Black Lives Matter movement, Isaac said what needs to be said, which is that the Movement doesn’t actually support black lives:

Jonathan Isaac became the first #NBA player inside the bubble to stand during the national anthem. He also chose not to wear a #BlackLivesMatter shirt

After the game the first question he fielded was “Do you believe Black Lives Matter?”

This is some very powerful imagery:

This side-by-side of Jonathan Isaac and LeBron James is powerful.

LeBron defends the Chinese dictatorship, has a $1 billion Nike deal and thinks it’s brave to kneel during the anthem.

Isaac is 22, on a rookie deal and stands alone because of his Christian faith. That’s courage. pic.twitter.com/j9vtafNME2

At the end of the day, Americans are going to have to make a decision: Are we all individuals made in God’s image, but nevertheless reflecting the infinity of the divine, each with our unique exteriors? Or are we biological organisms that mutate constantly according to the demands of an external power structure and that have lives defined by the needs of the state?