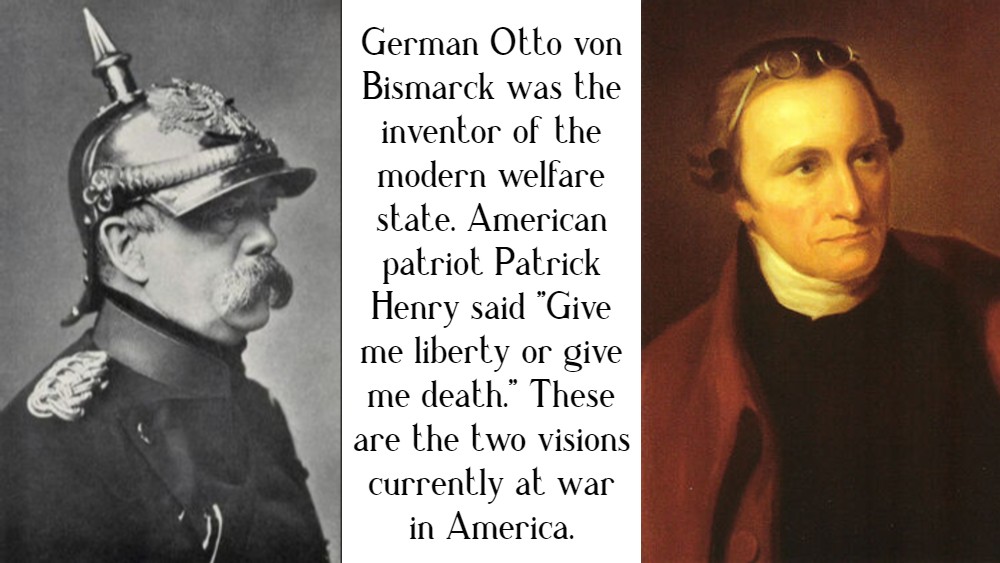 The way Red and Blue states have responded to the Wuhan virus reveals profoundly different political philosophies in the two Americas.

My son is staying with us because his college sent everyone home after Thanksgiving to do distance learning until next semester. He’s been here three weeks and cannot get over how cavalier people are about mask wearing and social distancing. He misses California’s lockdowns and it’s incredibly strict mask rules. [My son, having caught sight of this post says I misunderstand. He thinks strict mask rules will make lockdowns unnecessary — and he does not miss lockdowns.] As far as he’s concerned, people here are selfish sadists who, through their carelessness, want everyone to die. I’ve made two arguments to him, neither of which he  agrees with.

Argument 1: That people here are paying close attention to what the lockdown politicians are doing to the middle class, versus what they’re doing vis-à-vis favored classes as well as how they’re handling things in their own lives. Thus, we Red states and other conservatives notice that, under Democrat politicians and their RINO and NeverTrump cohorts, all the working- and middle-class businesses and churches got closed, while the same politicians explicitly or implicitly approved tens of thousands of people gathering for Black Lives Matter protests and riots. Likewise, they’ve noticed how the same politicians exempt themselves from their own rules.

To ordinary Americans/Republicans, that hypocrisy and favoritism is a clear sign that the lockdown politicians know that the Wuhan virus isn’t that dangerous. That being the case, they must be using lockdowns and draconian mask mandates as a political cudgel to achieve control, promote favored constituents, and destroy disfavored constituents.

To my son, though, the politicians’ hypocrisy and favoritism just shows that they’re not that smart. He can’t wrap his mind around people ignoring “the science” — nor does he recognize that the science is disputed, changeable, and politicized. [My son says, “God! I totally understand what you mean. I just disagree. I’m not stupid.”]

Argument 2: That people in Blue states value safety while people in Red states value freedom. His response: “You can’t be free if you’re dead.” The old-fashioned notion expressed in Patrick Henry’s much lauded “Give me liberty or give me death” speech is meaningless to him.

[My son: “I don’t want to take away people’s liberties. I just want them to wear masks correctly. We were at Walmart’s today and, in 20 minutes of counting, just walking around shopping, I counted 122 people not wearing masks or wearing them wrong, like under their nose. Regarding lockdowns, I don’t want lockdowns. I just think lockdowns are necessary when the hospitals get full so we should prioritize hospital capacity. I think everything that is not a necessary good should be locked down. Stores that sell stuff that you don’t need to survive, like jewelry, shouldn’t be open. I think restaurants are pretty unnecessary. As to stores and restaurants, though, I mean only during times when hospitals are at super-high capacity.”]

That made me think generally about a profound difference between Red states and Blue states. As my son points out, Blue states are much wealthier — although he’s willing to admit that the wealth is highly concentrated and that wealth disparities are greater in Blue states. He also points out that people in Blue states are more “educated.” He cannot understand that “education ain’t what it used to be.” Blue staters may be more credentialed but there’s no indication that they are more learned or more wise.

But again, the point is that Red staters don’t seem to crave the extraordinary wealth that concentrates in Blue states. Nor are they impressed with the Blue state’s credentialism. Nor do they want nanny-statism with its (illusory) promise of perfect safety. Again, what they want is liberty.

While the Blues want money and security, the Reds just say “leave us alone.”

That is such a profound difference, all I can think of is that old tag line from the “marriage advice” column in Good Housekeeping magazine: “Can this marriage be saved?”

If Harris gets into the White House (we know Biden’s just a figurehead), and she gets her Democrat Congress, that obsessive focus on nanny statism and credentialed indoctrination is going to be slammed down on all America. The big question then is whether the Red staters who so want to be left alone will learn to love their prison wardens or if they will begin very aggressively to push back.

I have no predictions. I just know that, when a true conservative is in the White House, the Blue states can be as nanny as they want, while the Red states will be left alone. In other words, it’s true federalism, with 50 laboratories of democracy.

However, if we have a true socialist government in D.C., no one will be left alone. All Americans are going to have a socialist definition of “safety” shoved up and into all their orifices whether they want it or not.

(By the way, apropos the picture at the top of this post, when I went looking to see if von Bismarck had a specific quotation about the nanny state he spearheaded — and I did not find such a quotation — I did find this bit of wisdom from that wily, experienced statesman: “With bad laws and good civil servants it’s still possible to govern. But with bad civil servants even the best laws can’t help.”)

UPDATE: Here’s my son’s take (and I’m quoting him):

Regarding argument 1, any politician who’s not wearing a mask when s/he pushes the mask agenda is a hypocrite and a liar, and should be judged accordingly. However, if you look at the science, and you see that there’s 200,000+ cases a day in the U.S., and around 3,000 deaths a day, and a total of almost 300,000 deaths, with numbers increasing daily, and you’re still determining your behavior off politicians’ bad behavior, then you should consider thinking for yourself.

Regarding argument 2 and the sentiment that education isn’t what it used to be, when Mom and I were discussing this earlier today and I asked her what the issue with education was, she gave as an example that the kids are indoctrinated with global warming from kindergarten on up. Personally, and I know many of Mom’s readers disagree, I see a global warming as a truth. It exists and it is important to do something about. I don’t think it is a sign of bad education to learn about it.

In regards to the wealth divide between Red states and Blue states, it is also important to mention that it’s not just an economic divide. Blue states also do better when it comes to quality of life, education, and unemployment (pre-pandemic). I do agree with personal freedoms and I think states should all have individual liberty but maybe it’s also important to look why Red states consistently have these issues. Maybe their conservative policies are hurting them.

ANOTHER UPDATE: I just saw this video, and it seems appropriate to the point I was making: