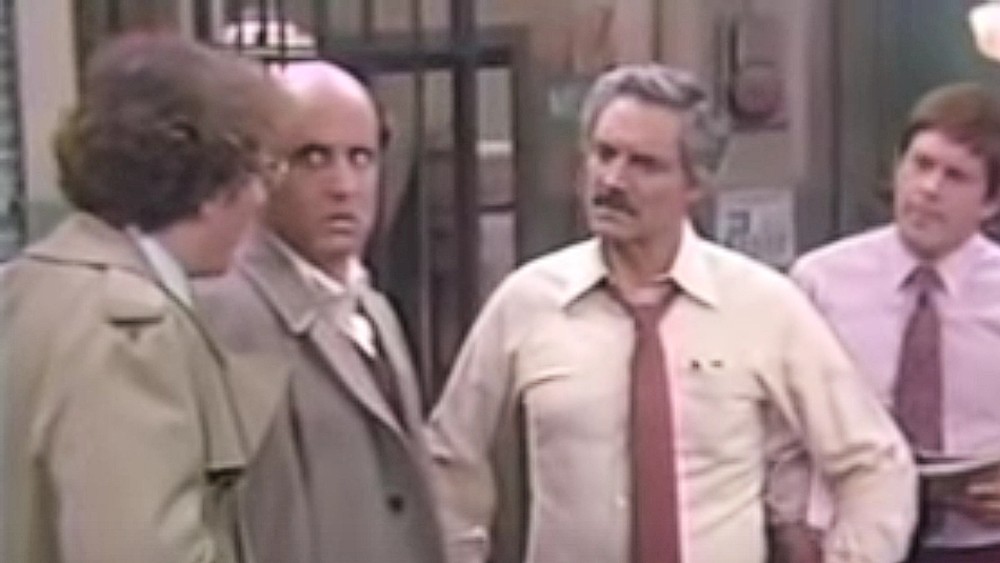 In 1981, the TV show Barney Miller aired this joke. Watching the clip, you’ll find yourself wondering which character was the crazy one.

Barney Miller was a TV show that ran from 1975 to 1982. It focused on a police precinct in New York captained by the eponymous Barney Miller. It was an ensemble show that was well acted and well written. I watched all but the final season and missed that only because I was enjoying my junior year abroad. I don’t recall the show being particularly political but I was a mindless Democrat then, so anything overtly political would have gently washed over me, like the waves massaging a fish’s back.

Did I watch the episode with this clip? I don’t know. I don’t remember it but I can assure you that, in 1981, I would have known without a second that Jeffrey Tambor’s character was the lunatic butt of the joke. Now, of course, as I watch rich people in Davos gather to talk about the Great Reset and the way COVID can be used to advance the agenda, as I see a senile Biden gather around him internationalists who hate America, and as I look at the leftist yen to become a subordinate part of the UN, I have a whole different idea about which people in that clip are ignorant, stupid, and in thrall to lies:

By the way, Jeffrey Tambor’s last role was as a man who has a mental illness that makes him believe he is a woman. Leftists call this mental illness “transgenderism” and insist that it’s not a mental illness at all but is, instead, reality. Tambor lost the role because, when MeToo-ism swept Hollywood, Tambor found himself accused of sexual harassment. He denies it but who knows? Hollywood is a morally corrupt place, which means that powerful men abused people beneath them in the hierarchy and vicious people willingly made dishonest accusations to destroy those whom they disliked. Truth in Hollywood is as rare as an orchid growing on an iceberg in the Antarctic on a very cold day.