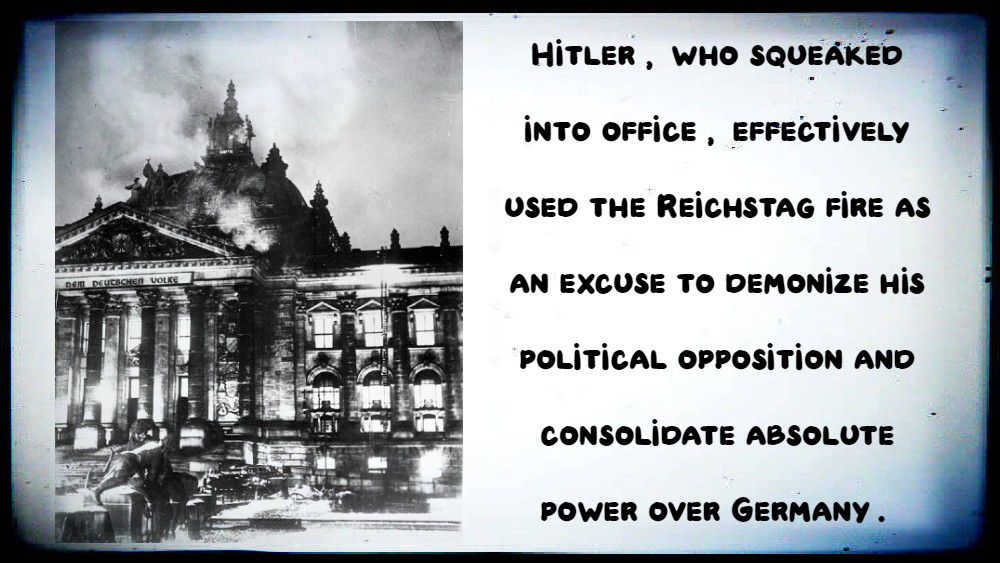 The way American Thinker is formatted, it happens on very rare occasions that excellent content gets rolled off the front page and, as far as most readers are concerned, effectively vanished. Such is the case with F. Charles Parker IV’s As long as we’re making World War II comparisons….

We should all try our best to avoid reductio ad Hitlerum because what’s happening in America almost never mirrors what happens in Hitler’s Germany. Trump, for example, was the opposite of Hitlerian, despite the left’s frantic efforts to make the comparison. Trump was incredibly philo-Semitic. Trump sought to shrink, not expand, government, which is the exact opposite of what a socialist leader (as Hitler was) would do. Trump encouraged private citizens to own guns, which is the opposite of what any tyrant would do. And Trump, rather than seeking world domination, believed that America should be less involved in the affairs of other countries. He was the un-Hitler.

However, sometimes the comparisons are so apt that you really can’t help but see connections. Since Biden has been in office, he’s collected anti-Semites into his orbit and shown real sympathy for those who seek Israel’s destruction. He’s been hellbent on expanding the government, including supporting economic policies that will destroy the middle class. He’s been open about his desire to disarm all citizens. So far, the only thing he hasn’t done is made a bid for world domination.

And then there’s January 6 — and this is where F. Charles Parker IV’s post comes in:

When the Reichstag burned, Hitler had become Chancellor, but Germany was terribly divided, and his authority was not secure. Because a demented Dutch communist was accused of setting the fire, Hitler manufactured what would be termed today an existential national crisis. The Nazis termed the fire a prelude to an uprising or insurrection. He arrested many communists and managed to get enacted emergency powers. A law titled the Enabling Act gave him new powers of suppression with authority to pass laws by executive order, without involving legislative bodies. Ultimately, he manipulated the existential crisis to suppress all opposition, including the communists and social democrats.

Does any of that sound familiar? If you’re not making the connection, Parker will do it for you, and extremely credibly.

Here’s the bottom line: All socialist governments are the same, insofar as they want total control and, if they can’t get it honestly through elections, will get it dishonestly through propaganda, fraudulent elections, and power-plays based upon demonizing, not just their opposition, but anybody who dares support their opposition. There is nothing unique about the direction in which Biden’s handlers are pushing us. There is, however, something very scary about it.