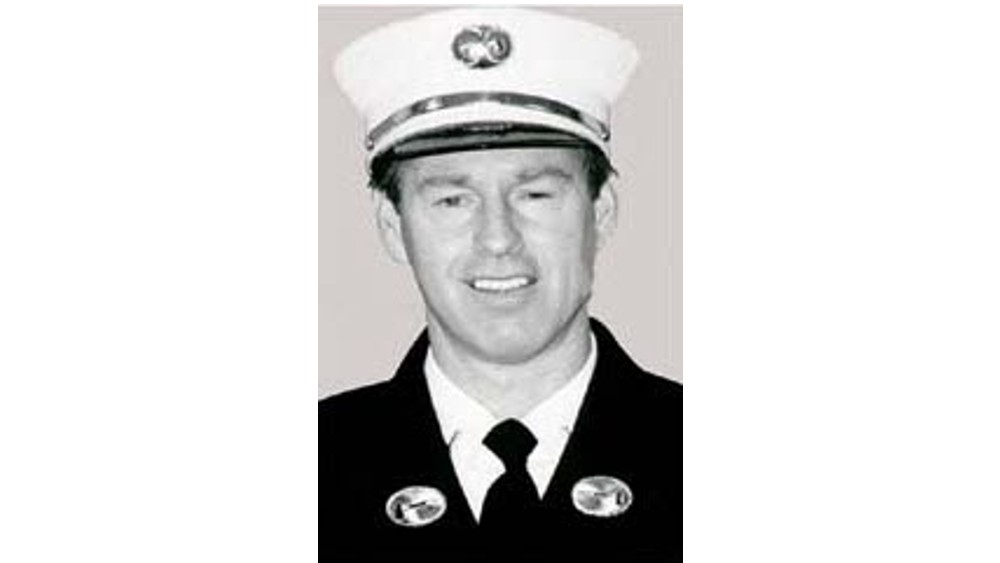 Almost every year on 9/11, I remember three people who died that day: Brian Ahearn, a firefighter who gave his life to save others; Lauren Catuzzi Grandcolas, who calmly faced death on United Flight 93; and Rick Rescorla, whose preparedness and bravery saved thousands of lives. Here’s my homage to Lt. Brian G. Ahearn. Because the old web pages are gone, I’ve deleted all hyperlinks.

My son, when he was little, was obsessed with superheroes. One of his favorites was Superman. After all, when you’re a little boy, battling your way through the world, what could be more exciting than the possibility of being “faster than a speeding bullet, more powerful than a locomotive, able to leap tall buildings in a single bound”?

My son thought Superman was brave because he unflinchingly waded into situations involving guns, and flames, and bad guys. I tried to explain to him that the fictional Superman, while good, is not brave. He’s good because he’s committed to fighting evil; however, he’s not brave because, being super, he takes no risks (and no, we won’t go into the small risk that some evil genius managed to get hold of kryptonite).

Superman’s indestructibility means that his heart never speeds up, his gut never clenches, and he never pauses for even a moment to question whether the potential benefit from confronting evil or danger is worth the risk. In other words, if facing a gun is as easy as sniffing a rose, there is no bravery involved.

The truly brave person is the one who knows the real risks in a situation but still moves forward to save people, to fight a good battle, or to remedy an intolerable situation. The attacks against America on September 11, 2001, revealed the true superheroes among us—those New York firefighters who pushed themselves past those second thoughts, those all-too-human hesitations, and sacrificed themselves in the hopes of saving others. Lt. Brian G. Ahearn was one of those superheroes.

Lt. Ahearn grew up within the Irish Catholic community in Huntington, New York, out on Long Island. He got a good grounding in Catholicism (and, I bet, an excellent education) when he attended St. Hugh of Lincoln School. I think he must already then have been a good person when he was quite a young man because his classmates remember him fondly. One woman who attended St. Hugh with him said that “He was perhaps one of the nicest boys in our class.” This was not a unique opinion. Another woman used virtually the same words to describe the young Lt. Ahearn: “I remember Brian being such a nice boy.”

I don’t think anyone who knew Brian Ahearn was surprised when he decided to become a firefighter. After all, his father was former Ladder 42 Lieutenant Edward Ahearn. Somewhere along the line, whether before or after he chose his career, Lt. Ahearn married Deborah. Given how close his ties were to his childhood community, I wouldn’t be at all surprised to learn that she was his high school sweetheart. As the years went by, they had two children: Christopher and Lauren. (On this day, 20 years after their husband and father died, I hope that they are all doing well.)

His Irish culture mattered to him and, I gather, was an important backdrop to his social life. His best friend was a guy named Mike. Because it was a guy friendship, Mike teased Brian a lot, most memorably about Brian’s fair Irish skin and the fashion mistakes he made in the name of protecting that skin. Still, they were such tight friends that Brian was the first person Mike told when Mike got engaged and, naturally, Brian was the best man at Mike’s wedding.

When Brian made friends, he made them for life. That’s unsurprising, perhaps, because those who knew him best carry with them the memory of his upbeat personality and his wit, as well as his gentlemanlike behavior. People like to be around someone like Brian.

So, there you have Brian Ahearn: An all-around nice guy, remembered lovingly by friends and family. A kind man, who was active in his church and his community. And of course, he was a firefighter.

On September 11, 2001, Lt. Ahearn was working at Engine Company 230 in Brooklyn, where he’d been assigned after his promotion. John Guarino described what happened that day.

That was it. It was that simple. Fully aware that an airplane had crashed into the First Tower and knowing that the inside of the building must have been an inferno, Lt. Brian Ahearn and five of his men put aside their own fears and ran into the building to save others. After all, that was their job.

We all know, though, that not everyone will do his job when the job becomes so dangerous. But real superheroes do. Brian Ahearn and his men never shirked, and we remember him today, along with the 2,995 others who died on September 11, 2001.