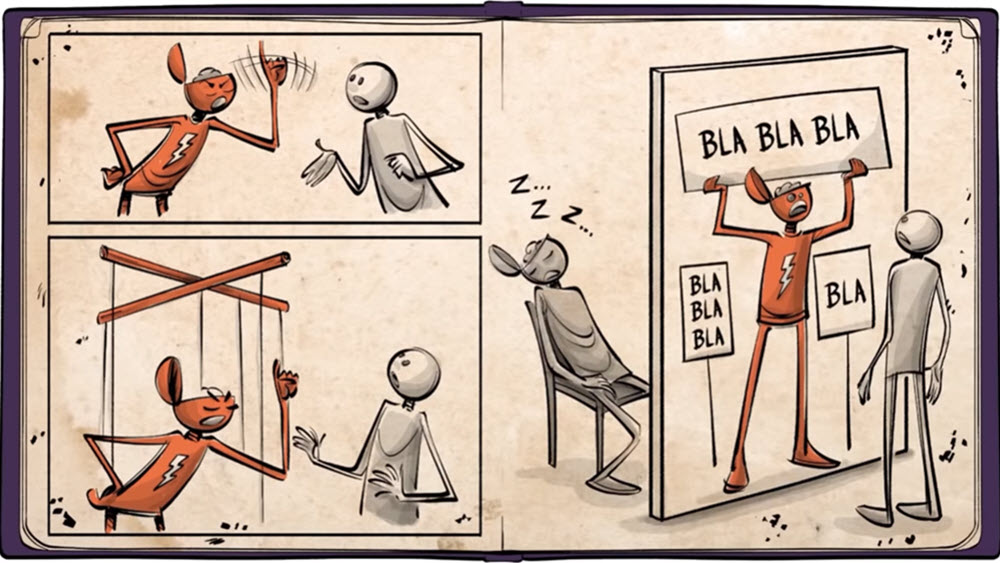 I was not familiar with Bonhoeffer’s Theory of Stupidity, so I found this video fascinating and thought-provoking.

A friend sent me this video about Dietrich Bonhoeffer’s Theory of Stupidity, a theory Bonhoeffer developed after being imprisoned for speaking out about Germany’s turn to Naziism. I found it fascinating and thought-provoking:

Here’s something else to think about, though. I noticed how careful the video was to avoid saying that it was Jews who were being attacked and persecuted. Therefore, I wonder about the political orientation of the people behind Sprouts, the company that made this video.

[UPDATE: I’ve seen been informed that Sprouts seems to be very careful to focus on intellectual principles, so it does not make them specific to any group. I’ve also been reminded that, while Hitler’s fanaticism ultimately saw him trying to wipe out the Jews entirely, in the 1930s, within Germany’s borders, he went after everyone who offended him: Jews, Communists, homosexuals, the handicapped, Christians, and anyone else who stood in his way.]

That, of course, led me to another thought. We conservatives look at the increasingly totalitarian left, with its racial and sexual obsessions, anti-Semitism, militarization of the government, determination to exert complete control over all Americans, and manifest efforts to punish anyone who doesn’t fall in line, and we think “It’s the Nazis all over again (or the communists, or the Mullahs, or the military juntas, or any other totalitarian dictatorship).”

With that thought in mind, it’s very easy for a conservative to see American leftists as the morally stupid people Bonhoeffer described. This is especially true given that they live entirely within a slogan-filled bubble that insulates them in a world of leftist values. Their media, movies, educational institutions, technology: It’s all a carefully curated narrative that ensures that leftists don’t have to analyze facts or ideas that are antithetical to their belief system.

In this, American leftists are different from conservatives. We too are enveloped in that same bubble but refuse to let it define our knowledge and values. Conservatives keep pushing outside the bubble, looking for more facts, more ideas, and more humanist values.

However, you and I know that, when leftists watch the Bonhoeffer video, they’re convinced that conservatives (“White Supremacists,” “Transphobes,” “Haters”) are the ones with the stupidity problem. If we’d get with their program, we’d have the liberty of never having to think again. And I wonder how the Sprouts creators, the ones who couldn’t bring themselves to say that the Nazis were persecuting the Jews, view today’s political divide and which side they consider wise and which stupid.