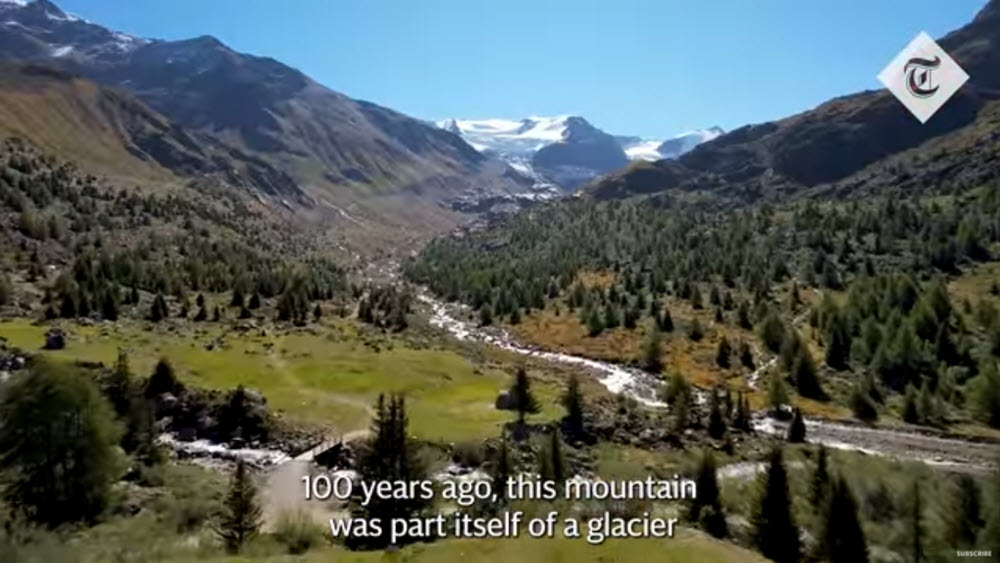 News about a WWI bunker revealed in the Alps and weaponized refugees in Poland led me to thoughts that either mean I’m crazy or the rest of the world is.

Two news stories have me racing to you guys for a reality check. The first, courtesy of the WaPo, is about a rather amazing time capsule that was revealed in the Italian Alps. According to the WaPo, the wonderment of this finding is eclipsed by the horrors of “Climate Change,” which made the discovery possible:

Tucked within an icy mountain lies a meticulously preserved World War I bunker.

Climate change means we can now see it.

The intact cavern/barracks contains munitions, books, cigarette holders and animal bones and was once teeming with Austro-Hungarian troops. They staked out on Mount Scorluzzo, almost 3,000 meters above sea level, on the Italian-Swiss border, now part of Italy’s Stelvio National Park territory.

“These places were literally frozen in time,” Giovanni Cadioli, historian and postdoctoral researcher at the University of Padua told The Washington Post.

Now, he added, climate change was playing a “pivotal role” in their discovery, as warming temperatures have led to the melting of glaciers and permafrost revealing a “time capsule.”

Amid the backdrop of the global climate change summit COP26 taking place in Europe, Cadioli underscored that the impressive findings were bittersweet: “We’d really rather not have retreating glaciers.”

They go on to add that, even back then, the site was exposed to the air for only relatively short times, but it’s clear that it was still free of ice more than that it was, say, 40 years ago.

Maybe I’m the only one reading the story who has this thought but here it is: Albeit reluctantly, they’re conceding that it was at least somewhat less cold 100 years ago than it is now and that was before we hit the volume of carbon emissions we now see. (At as I always like to note, Norway’s dazzling fjords were carved by retreating glaciers.) In other words, the climate acts independently of what we humans do.

So to me, there’s nothing bittersweet about a warmer world revealing treasures hidden back before the world got cooler. And as always, I must point out that humans thrive in warmer worlds. There’s more rain from the sky and more arable land, plus fewer people freeze to death. Global warming: It’s a good thing.

The second story for which I need a reality check involves armed Middle Eastern refugees storming the Polish border:

Poland is braced for a major assault by migrants on its frontier with Belarus tonight after receiving intelligence of a huge build up of enemy troops.

Polish Border Force guards claim their Belarusian counterparts are issuing the thousands of stranded migrants with instructions, equipment and weapons to force their way into the EU.

The attack is believed to be planned for frontier at Kuznica, one of two main crossing points from Poland to Belarus.

A spokesman for the Polish Border Force told MailOnline: ‘After a ‘quiet’ night in the vicinity of the camp in Kuznica, we are currently observing that more groups of armed officers of Belarusian services are located in the place.

‘We are noticing a commotion among migrants. There is also a TV broadcast van.’

He added: ‘Some tents are starting to disappear. Migrants get instructions, equipment and gas from Belarusian services.

‘You can see that the Belarus side is getting ready today for a big attempt at crossing the border.

‘Our forces are ready for action.’

I read somewhere that the invaders are already copying Antifa and trying to blind police with lasers, as well as hurling dangerous objects at them. I’m sure that the troops will try responding by spraying them with water, shooting bean bags at them, and using their shields to try to create a human wall.

But here’s my question: Now that the Middle Easterners are an invading army, is there some reason the Poles can’t just shoot them as one would any invading army?

And that leads me to another question, the one that really highlights whether I’m crazy or the world is. If sanity ever returns to the Oval Office, why don’t we shoot people who illegally cross our borders? I’m sure if we did that for a day or two, illegal crossings would drop by 99%.

Do I sound like someone’s crazy uncle who got hit in the head once too often in a bar fight or does it make sense to treat invaders like…invaders?