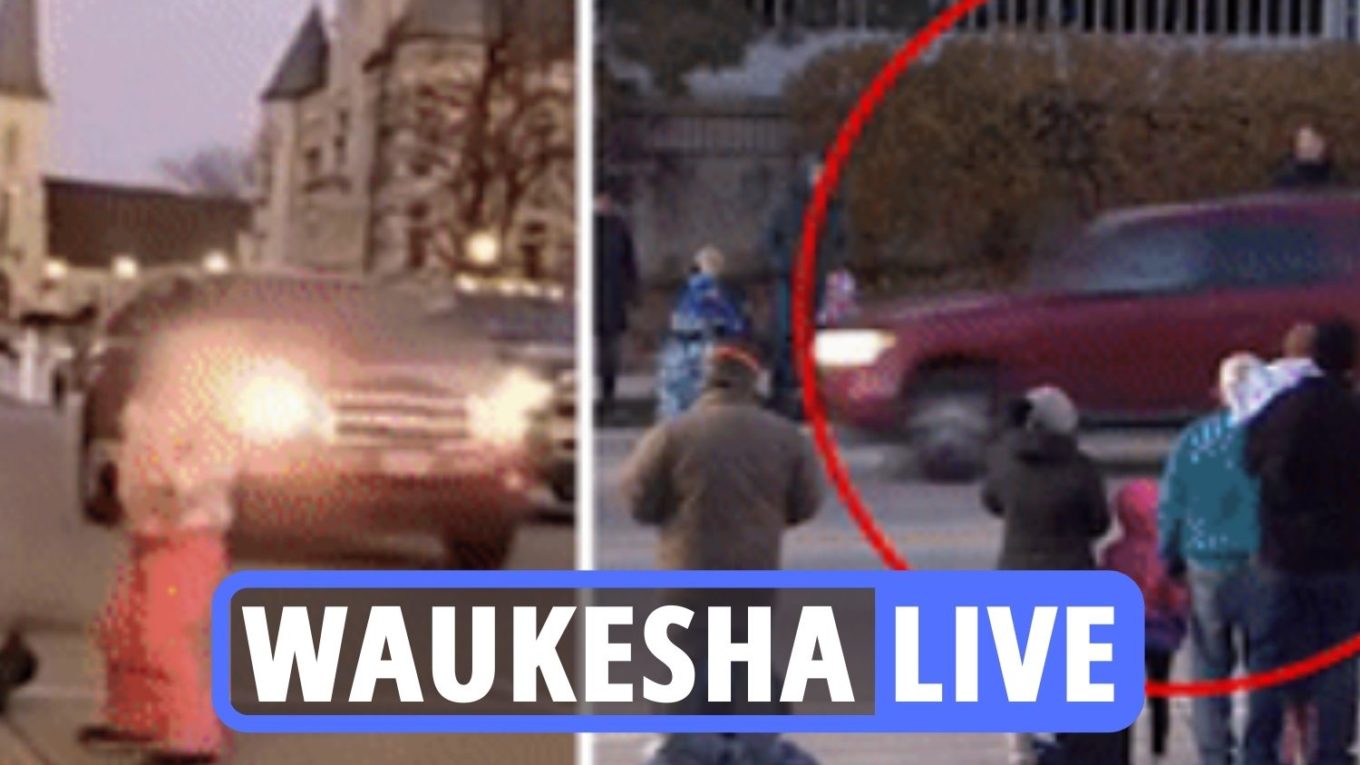 On 21 Nov. 2021, a black criminal committed a slaughter of innocent white Americans in Waukesha, Wisconsin.  At least one BLM leader thinks this is the start of a black “revolution.”  Is he right?  And why would the progressive left want to hide that?

Yesterday, a career black criminal, 39-year-old Darrell Brooks, drove through the middle of a Christmas parade in Waukesha, leaving a bloody trail of destruction among the mostly white parade participants. The video of the event is a snuff film, one made of nightmares.  At least 5 of the people struck by Brooks have died. Forty-eight others are injured, many critically so.

Was this an act of black racist terrorism?  We are not definitively sure yet.  There is much to suggest it was, while many on the left seem to be trying to downplay and disappear the facts.

This from the Daily Caller:

Black Lives Matter activist Vaun L. Mayes suggested that the Waukesha, Wisconsin incident, that killed five people Sunday evening, may have been a reaction to the Kyle Rittenhouse verdict. . . .

Mayes arrived at the scene [of the massacre] early Monday giving his own account of what he witnessed on a Facebook livestream in the aftermath of the incident. In the video, Mayes said an anonymous source made claims that Brooks drove through the crowd as retribution for Rittenhouse’s acquittal.

Black Lives Matter activist Vaun L Mayes @YungLz at the scene of the Waukesha parade attack:
“It sounds like the revolution has started,” mentions hearing from a source who believes Darrell Brooks may have been motivated by the Kyle Rittenhouse verdict.pic.twitter.com/ayp3BjbfZ7

It seems more than likely that Mayes is right, that what Brooks did is an act of black racial terrorism inspired by all of the hate coming from the race-hustling left.  That is not the official claim, however, from the police in Waukesha,  What they say is contradictory.

On one hand, Waukesha Police Chief Dan Thompson says that he doesn’t know “what triggered Brooks to plow through the parade.” In the very next breath, Chief Thompson said “the incident is not considered to be domestic terrorism.”  It really is tough to know what is and what is not terrorism when you don’t yet claim to know a motive.  Regardless, the chief did inform us that Brooks had just left the scene of a domestic disturbance, later clarifying that Brooks was not being pursued by police.  It almost seems that the Chief is implying that this mass homicide was not an intentional act by Brooks, but little more than a motorist attempting to gain the right of way as he fled from another crime. It is as bizarre as it is nonsensical.

As to what we can see in the above video embedded at the top, it appears that Brooks is always in complete control of his vehicle and is deliberately targeting the people in the parade.  This is consonant with the testimony of those who observed Brooks as he executed his mass murder.

As to Brooks’s background, he was an occasionally violent repeat criminal who was under indictment for several crimes.  While all of that, and his extremely low bail, raise serious issues of prosecutorial and judicial negligence at best, none of it sheds light on Brooks’s motives for his mass murder.  What would be far more relevant is what we can gleen from Brooks’s social media presence, but it seems that his presence was scrubbed by the techies as soon as they learned Brooks’s identity.

Apparently, that is because of Federal involvement:

This is pre-scripted codespeak for: We cannot release any information until the DOJ/FBI grants permission.

“CRS is the only federal agency dedicated to working with community groups to resolve community conflicts and prevent and respond to alleged hate crimes arising from differences of race, color, national origin, gender, gender identity, sexual orientation, religion, or disability”

The Community Relations Service (CRS), a component of the Department of Justice (DOJ), serves as “America’s Peacemaker” for communities in conflict by mediating disputes and enhancing community capacity to independently prevent/resolve future conflicts.https://t.co/lADKbZ4QeC

Then the CRS are activated. The crisis response team looks at the scenario.

Next briefing… This is the announcement after the Community Relations Service instructs everyone to shut it down. Note the CRS advice to have Thompson speak alone:https://t.co/jqhDJh2wBI

Due to the race of the suspect and the likely motive, this was a race-based attack against white citizens in Wisconsin, in retaliation for the not guilty verdict in the Kyle Rittenhouse case. It is almost certain the DOJ-CRS is now taking the lead on the case

CRS is the only federal agency dedicated to working with community groups to resolve community conflicts and prevent and respond to alleged hate crimes arising from differences of race.

Additionally, the media’s racist fabrications around the Kyle Rittenhouse case are a key reason why there is so much racial animosity. Government officials, politicians and media allies all used the Rittenhouse case to provoke racial strife.

Local law enforcement will be “guided” by federal officers from the DOJ-CRS and FBI. Due to the sensitivity of the issues, the messaging will come directly from the DOJ-CRS through the local officials and public information officers.

Obviously the media and political hypocrisy will be thick. If the races were reversed, it would be a full frontal assault on white males.

The DOJ-CRS will also shape the information presented to media stakeholders who are also exposed by the motive of the attack.

The White House, DOJ, DOJ-CRS, FBI, special interest groups and Big Tech allies will all work together to protect the media and politicians who manufactured the crisis that led to the racial attack. pic.twitter.com/8SxK4ngKHT

I will not be surprised to learn that the Brooks’s background is that of a BLM thug and racist angered by the BS he was being fed about the Rittenhouse trial.  According to Andrew White, writing at National File, the deleted social media material apparently shows “Brooks previously rapped about George Floyd, Eric Garner, “black power,” anti-white racism, and frequently used anti-police rhetoric in his music.”

SoundCloud Rapper MathBoi Fly aka Darrell Brooks claims to be a terrorist in one of his songs. He drove a car into a crowd of people in #Waukesha killing five and injuring 40. pic.twitter.com/X5HS9Q8PH4

— The progressive neo-Marxist wants to drive us to the edge of a race war to take power in this county.

— These same people are, rightfully and utterly, terrified of an actual race war and the backlash it would start in this nation.  But this race hatred is a tiger loosed by the left that they cannot control.  Outrageous acts of racial terrorism by manipulated blacks such as just occurred in Wisconsin are inevitable in this climate.

— Under no circumstances can I foresee our nation descending into a race war that looks like an actual civil war.  There are too few radicals in this nation to sustain such a thing.    But until the stench of outrageous acts of racial terrorism become unsustainable, the left are going to cover them up.  We are seeing that now.

May they all burn in hell.  Let us not let these race hustling bastards erase Waukesha and, along with that, their responsibility for it.