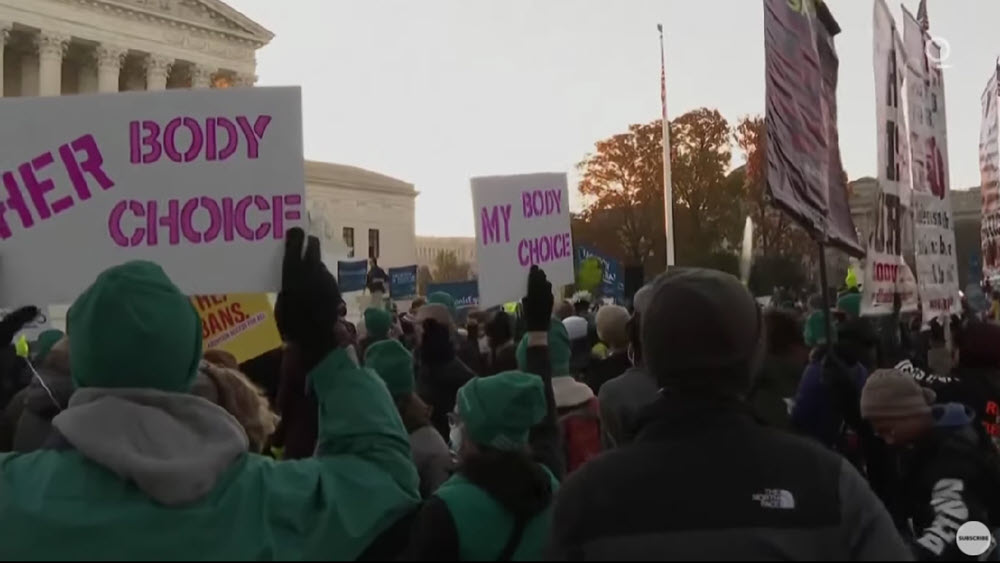 If you scan the internet, you’ll see a number of headlines stating that the Supreme Court is hearing oral argument today in Dobbs v. Jackson Women’s Health Organization, the case out of Mississippi that challenges Roe v. Wade. I’m completely disinterested because I’m certain that the outcome is pre-determined: Roe v. Wade will be upheld.

Why do I say that? Certainly not because it rests on a firm legal principle. Penumbras of emanations or emanations of penumbras do not create a federal right to abortion. The Constitution and the history of abortion in America before Roe v. Wade make it unequivocally clear that abortion is not a constitutional right; it is, instead, a matter that belongs to the individual states. Roe v. Wade is horribly written, but its folding, spindling, and mutilating of constitutional concepts, especially the 10th Amendment, is patently clear. (And by the way, whenever you’re reading a turgid, boring, complex, confusing, obfuscatory Supreme Court decision, it’s dishonest.)

Of course, there’s the scientific and moral argument to be made about life beginning at conception but Roe v. Wade’s trimester template (which gives the mother total control in the beginning and the state total control in the end) is going to be hard to challenge, so the decision will work with it. Now, instead of trimesters, they’ll dance around the fact that fetuses are now viable in the second trimester with luck and good neonatal care. Morality and science will not affect the outcome, no matter how much the decision discusses them. In any event, later Supreme Court decisions threw out the trimester concept a long time ago, essentially holding that the state has no interest at all in the fetus within a woman’s body, even if it’s completely viable.

So, back to my certainty that Roe v. Wade will stand. The reason I say this is twofold. First, there’s my theory — which is repeatedly borne out by the behavior of the Supreme Court justices involved — that Roberts, Barrett, and Kavanaugh are all compromised. I have no proof whatsoever of this other than the fact that, on matters of minor importance, they’re rather consistently conservative while, on matters of importance to the left, enough of them will side with the leftist justices to achieve the preferred leftist outcome. Robertson used to hold that role by himself. He now has a rotating group of people to help him by coming to the left’s rescue if need be.

And on what grounds might they be compromised? I’ve assumed it revolves around their children. Rumor had it when Robertson was confirmed that his children’s adoption might have been shady. As for Barrett and Kavanaugh, I keep imagining some deep state operative showing up at their doors with pictures of the kids in hand, saying something along the lines of “Nice little family you’ve got here. It would be a shame if something happened to it.”

For that reason — that is, the justices’ pattern and practice, combined with my paranoid suspicions — I’m pretty certain we’ll get a 5-4 majority reaffirming Roe, with two of the “conservative” justices joining in.

Another reason for my certainty about the inevitable decision affirming Roe v. Wade is that I read somewhere (and I can’t remember where), that there’s a concern among the justices that, if Roe goes, then Obergefell (which found a constitutional basis for same-sex marriage) goes too. That’s correct. Obergefell rests firmly on Roe.

The members of the Supreme Court know that, if Roe goes and Obergefell is threatened, the riots last year will look like picnics as Marxists and anarchists again take to the streets (because that’s what they do), only this time they’ll be joined by rampaging gays and suburban women. We know that the justices, rather than doing the right thing, will always do the preferred thing (a) to keep the peace and (b) to keep the Deep State and its voters happy. Heck, Sen. Jeanne Shaheen (D — Violenceville) threatened a revolution if leftists don’t get their preferred outcome.

That’s the Democrat world. Conservatives “parade” through the Capitol and it’s an insurrection requiring mass arrests, extreme penalities, and Maoist struggle sessions in the courtroom. A Democrat senator threatens a revolution and everyone nods sagely.

So yeah, I’ll be beyond surprised if the Supreme Court lays a finger on Roe v. Wade.

This is one of those situations in which I hope I’m wrong. I seldom am, though, when I suspect the worst of our institutions.

UPDATE: I know that Kavanaugh and Barrett asked conservative seeming questions. I still don’t think they’ll go through with voting conservatively. But again, I’ll be happy if I’m wrong.