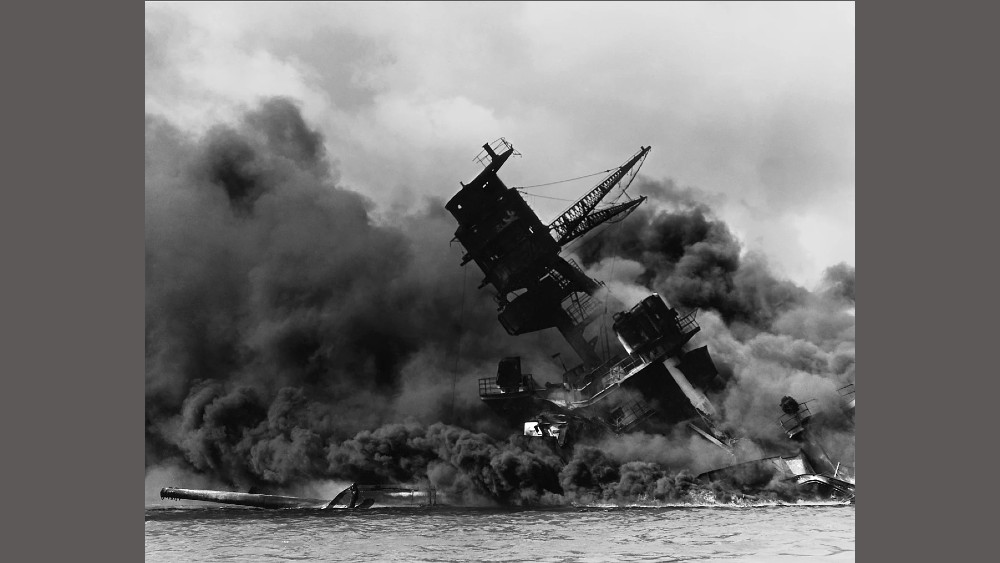 With Biden in office, some scary thoughts on the 80th anniversary of the Japanese attack on Pearl Harbor.

December 7 is almost over as I write this, but I haven’t forgotten that, 80 years ago today, the Japanese launched a surprise attack on Pearl Harbor. They intended to, and did, wipe out the entire Pacific fleet within a few minutes’ time.

At the same time, which most Americans forget, the Japanese attacked and overtook the entire Malayan peninsula (Singapore, Malaya, the Philippines, and the Dutch East Indies), which would have given them access to rubber and tin, as well as control over the Pacific waterways. It was a brilliantly planned and executed attack that was intended to disable the one Navy that could reasonably have sailed quickly to defend the Malayan peninsula.

Long-time readers know that I’ve always taken Pearl Harbor personally because my mother was living in the Dutch East Indies at the time and spent the remainder of the war in a Japanese concentration camp in Java. She survived only because Truman, rather than taking the time to have the Americans inevitably defeat the Japanese via conventional warfare against the Japanese homeland, instead dropped the atomic bombs on Hiroshima and Nagasaki.

By doing so, at the cost of several hundred thousand Japanese lives, Truman saved the lives of (1) millions of American and allied troops, (2) thousands of allied POWS (3) tens of thousands of American and European civilian POWs, (4) indigenous Malayan and Asian people who had already died by the hundreds of thousands under the Japanese, and (5) the Japanese themselves, for the Japanese were prepared to defend the mainland to the last man, woman, and child. Truman did the right thing no matter what the left has said in the years since the war ended.

The lesson in 1945 was not to mess with America because, while America doesn’t start wars, it finishes them.

Eighty years on, we’re in an America that’s been under leftist influence through the media and the educational system for 60 years. Our nation is also under the control of a demented man who will do anything he’s told to do if he wants to keep the perks of power he’s craved his entire adult life. In this America, unlike the America that slept in 1941, we know precisely what dangers we face and, I must say, they’re terrifying.

At home, we have an administration that (1) has done away with our southern border, (2) is destroying the fossil fuel engine that powers the western world and is responsible for every one of the creature comforts we enjoy (cars, air conditioning, heat, abundant food, etc.), (3) is stoking race hatred, and (4) is destroying the economy. And that’s not even mentioning things such as Iran, which Biden is empowering, the administration’s trying to end the peace in the Middle East that Trump’s brilliant Abraham accords were creating, and the destruction of the military and, indeed, western culture as a whole through transgender madness.

Abroad, thanks to this same administration, we have an ascendant China that is doing everything it can to assure world domination, not just by being better than America, but by destroying America. The latest threat is the shockingly reasonable claim that China is outfitting its cargo ships with missile launchers and that it now dominates in space — and that’s not even considering the hypersonic missile. In other words, in addition to eating our lunch economically now that Trump is no longer in the White House to protect us, China is positioning itself to destroy us in a single strike.

Back in 1941, Japan came to rue its decision to destroy America in a single strike. I think that, in 2021, China is reasonably certain that America is not the sleeping giant that will roar back and destroy it. For the reasons set forth above, America is a whipped dog and likely to stay that way. If China strikes, Joe Biden will instantly sue for peace on China’s terms.

But wait, there’s more! Even as Biden is already belly-crawling to China, following policies that have weakened America’s border, economy, energy supplies, and military, the Bidenistas, joined by non-MAGA Republicans, are aggressively pushing for war with Russia. That’s insane.

First of all, never, ever get into a land war with Russia on Russia’s turf. Russia may be pretty weak compared to its former might, but this is Russia’s turf and the Russians will defend it, including those parts of Ukraine that it considers to be mother Russia, with its citizens’ last drop of blood. Second, the retreat from Afghanistan established that our upper-level military is completely corrupt. It can’t fight a war and win. Our troops will be cannon fodder in a war lost before it’s begun.

Short of a well-placed, God-sent asteroid taking out the White House and the entire Democrat leadership, along with its RINO friends and the more corrupt military brass in the Pentagon, I do not see any of this ending well. Just color me very depressed and worried on this 80th anniversary of the attack on Pearl Harbor. We are not the country we once were. Despite all of our technological advances, our real capital — the American people — may be too weak to survive.

How different things would have been if Trump had gotten that second term to consolidate things. Without the Russia hoax hanging over him, he might have completed the border wall, securing America from the south; continued to expand our fossil fuel industry; cemented useful alliances around the world; kept Iran back on its heels; rung in complete peace in the Middle Ease; corraled China’s aggression; dealt intelligently with the Russia-Ukraine fight; kept our economy on fire; and quelled the racial hatred the Democrats are insistently fomented. And of course, once he realized that Fauci is the enemy, he would have quashed all this COVID nonsense and assured that both Hydroxychloroquine and Invermetin were freely available so that doctors could treat COVID in its early stages, rendering it just another flu.

I am not happy tonight.