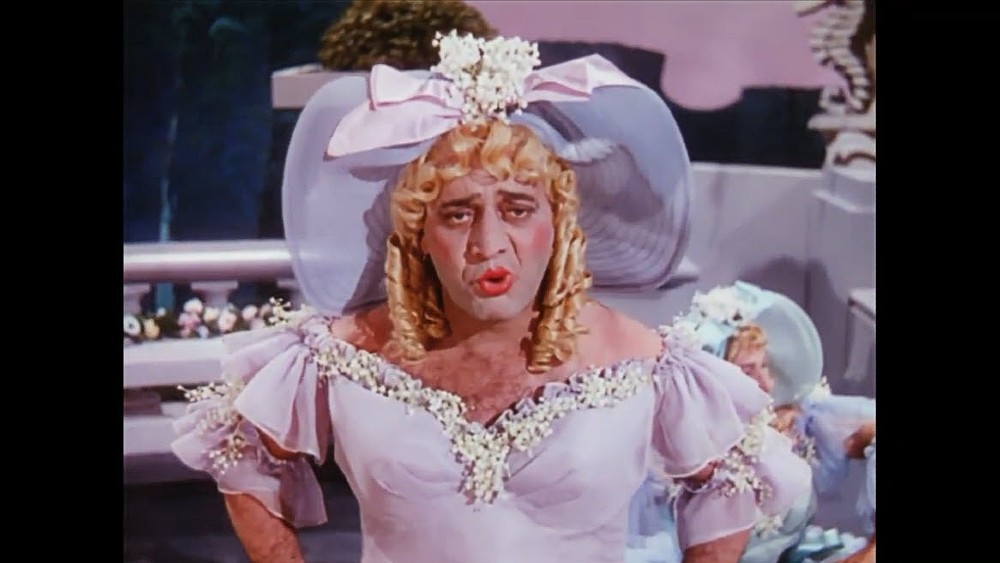 In 43 years, stories, sketches, and misstatements that were once laughable jokes about perverts have become a tyrannical cultural trope.

Forty-three years ago, Monty Python’s Life of Brian came to movie screens. I think everyone would agree that, in a movie packed with humor, the funniest scene of all was the Loretta skit:

Back then, we understood that John Cleese’s closing phrase—“Symbolic of his struggle with reality”—was a universal truth, amusingly stated. Cleese was the “everyman” in that scene.

Also 43 years ago, my sister’s friend recounted that her widowed father, who had been planning on a “sex change” surgery because he was a woman, changed his mind. Instead, he announced that he was a lesbian in a woman’s body, and it had occurred to him that he’d have more success getting women to fulfill his lesbian sexuality if he looked like a man. Everyone understand that the man was pathetic and mentally ill.

Also 43 years ago, I was in an English class at UC Berkeley. We were reading The Picture of Dorian Gray. The assignment was to look at the symbolic way in which Oscar Wilde used flowers in the book. Of course, the moron teacher had no idea that, in the Victorian era, flowers had explicit and very well-understood meanings.

For example, if a man sent a woman a vase of red tulips, he was saying to her, “I declare my love.” Canterbury Bells were a subtle way of saying, “I received your letter.” Flowers also stood for virtues or vices. The violet, of course, stood for modesty; the white rose for purity, and the narcissus for pride. This is the cover for a popular book from 1877:

Oscar Wilde’s readers would have properly understood the points he was making. However, in a 1979 college English class, we were just making it up.

The teacher had us read our essays aloud. They were all stupid, including mine. However, I have never forgotten this phrase from one of the students: “The rose shows the phallic symbolism of the female sexual organ.” Very rudely, I cracked up—in no small part because, aside from the teacher, I was the only one who understood the nonsense behind the phrase.

But that phrase is exactly what came to mind when I saw this on the home page of the Daily Mail (highlighted emphasis mine):

If you click on the link and go to the article, you’ll read that, like the man 43 years ago, Will Thomas, who calls himself Lia and claims to be a woman, is a lesbian in a man’s body:

‘It’s definitely awkward because Lia still has male body parts and is still attracted to women,’ one swimmer on the team told DailyMail.com in an exclusive interview.

Lia has told her teammates that she dates women.

While Lia covers herself with a towel sometimes, there’s a decent amount of nudity, the swimmer said. She and others have had a glimpse at her private parts.

That first sentence—“It’s definitely awkward because Lia still has male body parts and is still attracted to women”—tells you that Will is a fully intact, heterosexual man who gets an erection when he’s around naked women. Our educational institutions used to protect women from men like that. Now, it foists them on the women.

Let’s be clear: Will Thomas is a pervert who is taking advantage of leftist madness about sex and gender to get his jollies in the locker room. At the same time, in the pool, he’s getting the competitive advantage that completely eluded him when he swam as a man.

Sports Illustrated plans to interview Will. You can be assured that the eventual interview will ooze compassion. Thomas will talk about his mental anguish living as a man and the hatred that’s been sent his way. He’ll get a careful “tough” question about the actual women in locker rooms and races with him. He’ll explain that he’s a woman like any other woman. It will be sickening. I’ll be very surprised if it deviates from my imagined script.

Forty-three years ago, the thought that men could be women and that women’s and men’s sexual organs were interchangeable was rightly seen as a joke. Those who made such claims about themselves as pathetic weirdos, best to be avoided. No one would have dreamed of giving them the keys to the women’s kingdom, whether on the sporting field or in the locker room.

Forty-three years later, in 2022, Will Thomas is celebrated as a hero for being a sick, opportunistic pervert. Our culture has no shame. But the fact that the women swimmers are terrified to speak up about their obligation to tolerate a sicko in their locker room, and watch their dreams of victory die away, is just as bad.

Next time Will enters a swimming pool for a “competition,” every woman should get out. They don’t have to say anything. They must only make it clear that they won’t participate in this misogynistic farce. But you and I know they won’t. Even those who haven’t been brainwashed to believe Will’s lies, understand that it’s just not worth it to destroy their lives because of him and his sick con.

Image: Will Thomas is as much as this soldier, appearing in Irving Berlin’s “Ladies of the Chorus” number from This is the Army (1943). YouTube screengrab.