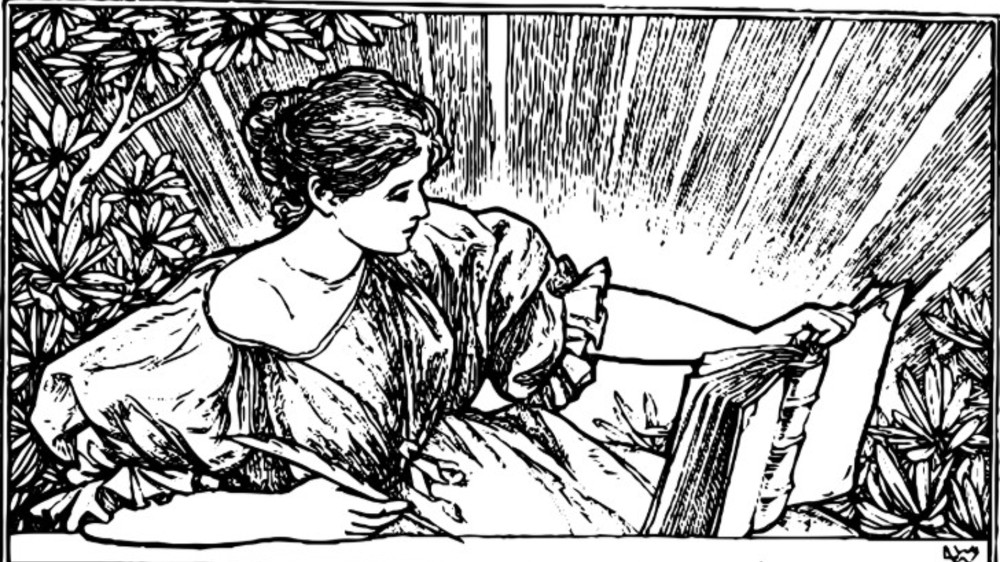 This is not an illustrated Bookworm Beat; it is, instead, a place for a few thoughts I can’t shake. See what you think of them.

In no particular order, these thoughts will not leave my head so now I’m sharing them with you.

Stopping concealed carry. I live in a state that allows concealed carry and, if you have a concealed carry license, you can also do open carry. However, now, as before, public and private places can tell you that no weapons are allowed on their premises.

One of the most common places to see these signs is at sites of historical interest: Museums, plantations, historic houses, etc. I know why, too. It’s because the management at these places is always made up of people with liberal arts degrees. No matter how conservative the state and how supportive of the Second Amendment, these people are leftists and they hate guns.

These places are also places of public accommodation. That is, they’re not private homes or other places that allow entry by invitation only. They are open to the public as surely as a grocery store or a hotel. Those places cannot discriminate against Americans based on race, something grounded in the 14th Amendment.

Why, then, is it constitutional for these leftists, presiding over places open to the general public, to prevent concealed carry licensees (people who took classes and got a permit) from exercising their Second Amendment rights? And of course, we know that the criminal who isn’t licensed to carry ignores the sign anyway.

I’d love to hear a Second Amendment lawyer’s take on this.

Your government at work. I received the following missive from my state representative. In a nutshell, it writes that a specific street is extraordinarily dangerous, something I can attest is true. It also says that the state plans to remediate the problem with pretty standard fixes: crosswalks, countdown lights, etc. And finally, it says that it will take years to get any plans through government red tape. Just think about that and understand that you’re not paying taxes for the government to do useful things; you’re paying taxes for the government to provide permanent employment for its bureaucrats. 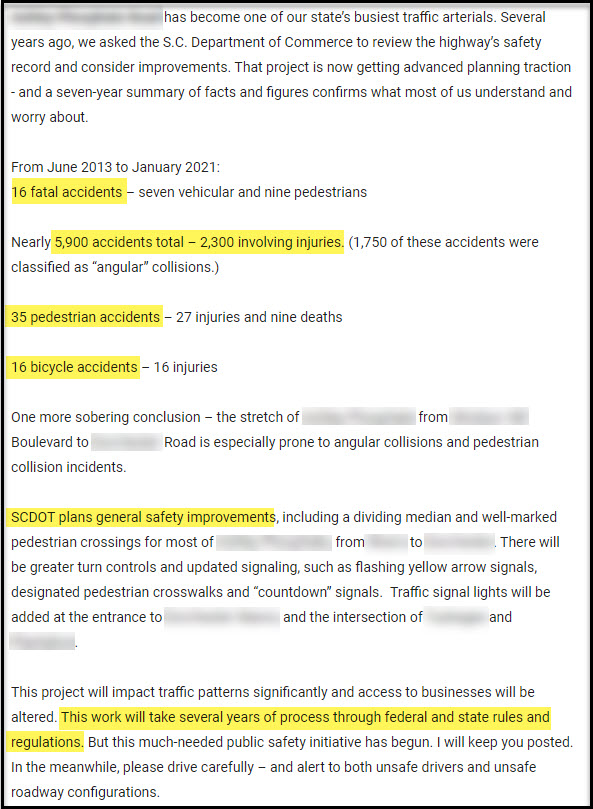 Gender appropriation. Why do these disgusting human beings get away with gender appropriation? If cultural and racial appropriation is bad, even though it’s usually done from a place of respectful admiration, why is it okay for these sick people to engage in this kind of crude, disrespectful mimicry and even to try to displace women altogether?

So stunning and brave. This is what it looks like when your entire personality is defined by your sexual preferences pic.twitter.com/xEIAY54R9B

This is mental illness pic.twitter.com/UK0hXm2YRq

Men are even better at being women pic.twitter.com/6EaybJGIC3

And note that this gender appropriation starts young. These sick parents are teaching their three-year-old son to hide his penis so he looks female:

Parents are letting their 3 year old son tuck because they convinced him that he’s a girl. No toddler knows this on their own. Horrifying. pic.twitter.com/yn7UxLLWYS

‘Nuff said. It’s time for women to be every bit as aggressive about policing this as various minority groups have been about attacking everything from hairstyles to clothes to earrings and goodness only knows what else.

Tumeric. For the past year, I’ve been plagued by something called De Quervain’s Tenosynovitis, which means the tendon at the base of my thumb is inflamed. I’ve treated it with immobility (hard to type), anti-inflammatories (you can only take so many before your kidneys give up hope), and steroid injections (too many of these and your wrist joint dissolves). Eventually, the cure is surgery.

I’ve been experiencing level 8 or 9 pain now for months, ever since my single steroid injection wore out. Typing is hard, sleeping is hard, chores are hard. Everything is hard. But I don’t want more shots, I can’t take more anti-inflammatories, the brace makes typing impossible, and I’m not ready for surgery.

But you’re asking yourself, why is she whining now? Well, I’m not whining. I’m celebrating. When I was at Costco a couple of weeks ago, on a complete impulse, I bought this Qunol Tumeric and Ginger gummies. Within three days, my pain was down to a level 2 or 3 pain. That’s just a staggering reduction in pain. I’m not going to be hauling around heavy logs and I’ll still use the brace when I clean or garden but the diminution in pain is so great I can barely wrap my mind around it.

I grew up with a reverence for Western medicine and medical school-educated doctors. I still believe in them…but only up to a point. Certainly, the last two years have taught me that our medical establishment is ruled by groupthink, leftism, and fear. I will always believe that this mindset, which prevented people from getting early treatment for COVID, whether with hydroxychloroquine, ivermectin, or something else, was responsible for at least 800,000 COVID deaths (assuming there really were a million COVID deaths).

Viruses are like bacteria: Once they invade the body, they multiply exponentially. The best way to treat them is early before they got a hold. In the early days of COVID, when it was mysterious, it made sense to keep people from flooding hospitals, so perhaps it was wise to tell them to stay home. However, the “treatment” is still to stay home until you’re near death and only then to start treatment — brutal treatments like Remdisvir, which destroy the kidneys and liver, or ventilators, that destroy lung tissue.

As for me, I’m doing something I’ve never before done in my life: Relying on supplements. Since COVID started, I’ve taken Vitamins D and C, Zinc (with chelated copper because Zinc depletes copper), Quercetin (a naturally occurring anti-viral that you need to be careful with if you’re on a blood thinner), Melatonin, and a baby aspirin.

I’ve never gone so long without getting sick. Moreover, when I could feel a cold coming on, I took out the nebulizer I bought and spent a little while inhaling a saline solution with a minute amount of food-grade hydrogen peroxide (read more here). That was the end of the cold. I’ve never had that happen before. I’ve since learned that this is a standard treatment for people with asthma and even pneumonia.

Regular readers know that I’m not a doctor. The above two paragraphs describe what I figured out on my own paying attention to legions of studies that have come out both before and during the COVID madness. Early on, I realized that, probably, the most important thing most of us can take is Vitamin D because it turns out that almost all modern people, sheltered from the sun, are massively Vitamin D deficient — and Vitamin D is the most important aspect of our immune system.

But don’t rely on me. Do your own research and consult with your doctor (assuming you trust your doctor), and figure out if there are over-the-counter products that can buff your immune system — and maybe make your arthritis and tendonitis go away too.

Read this. Michael Walsh gives the Democrat party the reaming it deserves.