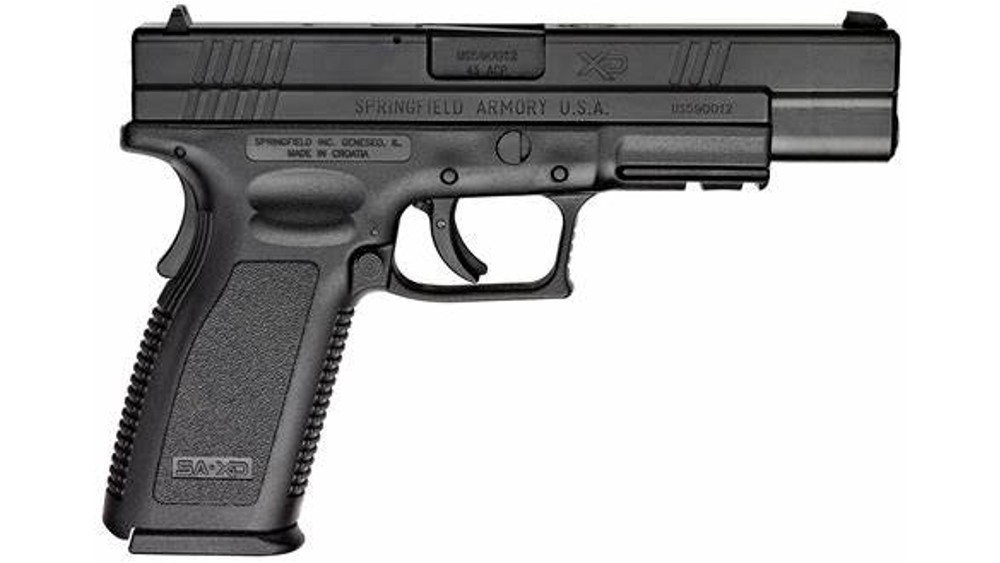 I bought a new gun a few days ago, a Springfield Armory XD Tactical 5″ ,45 ACP. It is the same size as — but an improvement upon — the iconic U.S. Military M1911 that I used to fire in the service and that served as the U.S. Army sidearm of choice for over 70 years.

One, the XD Tactical carries a much larger magazine — 13 rounds for the XD, 7 rounds for the M1911. Two, the XD is striker-fired, which as a practical matter means that the trigger pull is always the same. Lastly, in a self-defense situation, I do not need to worry about whether I have the thumb safety engaged — the XD, unlike the M1911, does not have a thumb safety. On one hand, that means saving perhaps a critical second or two if it is ever necessary to draw and fire the weapon in self-defense. On the downside, it makes me inclined to handle the gun less with comfort and more like picking up a rattlesnake — the last thing I want to do is an Alec Baldwin.

That said, the XD is superb. The pistol is heavy and, compared to other pistols I have fired, the XD absorbs the recoil of the .45 acp round exceptionally well. At the range, I shot almost 100 rounds yesterday and it did not bother my hands at all. My other .45 (Springfield Armory XDe, now out of production) is a small weapon with a 3.3-inch barrel meant for concealed carry. When I put 50 rounds down-range with that weapon, my hands are so beat up from the recoil that shooting it stops being enjoyable.

At any rate, while I am an excellent shot with rifles and shotguns, I am only middling with handguns. Shooting at 8-inch bullseye targets yesterday, I was putting the rounds inside — but dispersed all around — the target at 7 yards.

Enter Ms. BWR, a petite woman who might weigh 3 figures soaking wet, and a woman with very small hands. She normally fires a tiny, bright yellow 9mm, a Ruger LC9s, that looks much more like a toy than a lethal weapon. The only thing it is missing is a My Little Pony decal.

Ms. BWR was at the range yesterday firing her pop gun, so I invited her to try out the XD — truly a man’s gun. In all honesty, I expected her to be knocked back by the recoil on the XD. I also expected her to have trouble even holding the thing, given the 1.2″ diameter of the grip. I will admit, I expected to have a good, if not discrete, laugh at her struggles and tribulations.

Ms. BWR picked up my brand-new .45. The gun seemed gigantic in her little mitts. Then she slammed home a 13-round magazine and racked the weapon. What happened next was as fascinating as it was deeply disturbing.

No, she was not knocked back by the recoil. And no, though a much larger grip than she was used to, it was not too large.

Ms. BWR proceeded to shoot out the bullseye with 10 of 13 rounds in a shot group you could cover with a silver dollar.

The meaning of this story (besides that the Springfield Armory XD 5″ Tactical .45 acp is a superb weapon) — if you see Andrea or me walking down the street and wish to engage one of us in a gunfight, pick me. It will likely be like picking a fight with an Imperial Trooper from Star Wars. Andrea would be far more lethal, whatever handgun she is firing.