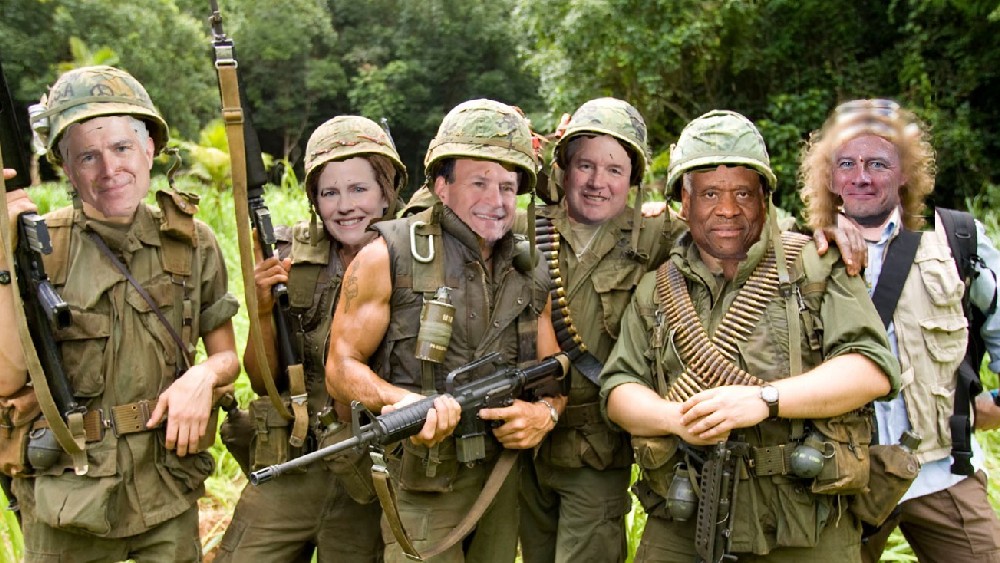 The Supreme Court today decided a significant Second Amendment case.  The Court, in a 6-3 opinion that Justice Clarence Thomas wrote, held in the case New York State Rifle and Pistol Assoc., Inc. v. Bruen (“Bruen“) that no state may arbitrarily deny a license to possess a firearm in public for self-defense.  Any law that allows a jurisdiction to exercise discretion in licensing guns by considering factors beyond the minimal restrictions already enumerated in federal law (See 18 U.S.C.  § 922(d)(1)-(9)) is unconstitutional on its face.  Frankly, any other ruling would have gutted the Second Amendment as we understand its contours today and as it was understood at the time of its adoption in 1791 anno domini.

The Supreme Court had left the Second Amendment alone since 2010, allowing numerous questions about it to percolate through the legal system, one of which was the states’ duty to grant a license to carry a firearm to its law-abiding citizens. Until today, only seven jurisdictions — New York, California, Maryland,  Hawaii, Massachusetts, New Jersey, and Washington D.C. — still claimed a right to nullify individuals’ Second Amendment rights using a two-step approach: First, requiring a license to keep and bear arms; second, giving government officials subjective discretion to deny a carry license to law-abiding citizens.  This licensing practice, known as “may issue,” was very much in the minority in America.  And it is now unconstitutional.

On a related note, today’s decision in Bruen is being falsely portrayed as a dangerous decision that “vastly expands” Second Amendment rights, at least according to NBC News.  That is false.

The reality is that every state outside of a few hard-left enclaves already practices or, recognizing the logic of Heller and McDonald, had adopted some form of “shall issue” licensing of firearms over the past decades.  If a law-abiding citizen applies for a license to carry a firearm in those jurisdictions, the state has no discretion to deny the citizen a license unless the citizen had a history of mental illness, drug abuse, or felony criminal conduct (Again, see 18 U.S.C.  § 922(d)(1)-(9)).  As the Supreme Court made clear today, Bruen does not expand Second Amendment rights; it merely corrected those government actors who still tried to burden the Second Amendment despite the Heller and McDonald decisions.

As Justice Alito pointed out in his concurrence, today’s decision was narrow.

[T]oday’s decision . . . holds that a State may not enforce a law, like New York’s Sullivan Law, that effectively prevents its law-abiding residents from carrying a gun for [self defense] . . . .

Our holding decides nothing about who may lawfully possess a firearm or the requirements that must be met to buy a gun. Nor does it decide anything about the kinds of weapons that people may possess. Nor have we disturbed anything that we said in Heller or McDonald v. Chicago, 561 U. S. 742 (2010), about restrictions that may be imposed on the possession or carrying of guns.

As to the majority opinion, Justice Thomas began by noting that following Heller and McDonald, some appellate courts had applied a two-step test to Second Amendment questions “that combines history with means-end scrutiny.”  That is, Thomas says, in a wonderful example of brevity and clarity, “one step too many.”  The issue, says Thomas, is purely originalist.  The government can only burden the Second Amendment if the government can demonstrate that a proposed “regulation is consistent with this Nation’s historical tradition of firearm regulation.”  Any and all other arguments, pragmatic or otherwise, are irrelevant.

From there, Thomas reasoned that, as recounted in Heller:

. . . [The] Second Amendment . . . codified a pre-existing right.” . . . The Amendment “was not intended to lay down a novel principle but rather codified a right inherited from our English ancestors.”  . . .  After surveying English history dating from the late 1600s, along with American colonial views leading up to the founding, we found “no doubt, on the basis of both text and history, that the Second Amendment conferred an individual right to keep and bear arms.

After holding that the Second Amendment protected an individual right to armed self-defense, we also relied on the historical understanding of the Amendment to demark the limits on the exercise of that right. We noted that, “[l]ike most rights, the right secured by the Second Amendment is not unlimited.” . . . “From Blackstone through the 19th-century cases, commentators and courts routinely explained that the right was not a right to keep and carry any weapon whatsoever in any manner whatsoever and for whatever purpose.” Ibid. For example, we found it “fairly supported by the historical tradition of prohibiting the carrying of ‘dangerous and unusual weapons’” . . .  [The] the Second Amendment protects the possession and use of weapons that are “‘in common use at the time.’”

. . . The Second Amendment “is the very product of an interest balancing by the people” and it “surely elevates above all other interests the right of law-abiding, responsible citizens to use arms” for self-defense.

The remainder of Justice Thomas’s opinion was his response to the State of New York’s and the dissent’s arguments. It is a fascinating step into the historical record and what an originalist makes of it.

New York’s primary historical argument supporting a state’s right to prohibit carrying arms outside was England’s 1328 Statute of Northampton, an ambiguous law that made it illegal to go about armed, but seemingly only when doing so with intent to terrorize.  As I recounted here, the Volokh Conspiracy addressed that argument, finding it unpersuasive, particularly in light of the 1689 English Bill of Rights that granted Protestants a private, individual right to “have arms for their defense. . . .”

New York raised numerous other historical arguments, such as unique laws in discreet jurisdictions, but each was weaker than the one that came before.  If you are interested in these, you can refer to Justice Thomas’s discussion beginning on page 37 of the slip opinion.

One last point of note before leaving Justice Thomas’s opinion is to note his discussion of the Second Amendment, gun control, and the horrendous racists who tried to disarm free blacks after the Civil War.  It certainly puts in stark light those race hustlers in the modern era who ignore all facts to claim that Founders wrote and ratified the Second Amendment was only to further the dread white supremacy:

Even before the Civil War commenced in 1861, this Court indirectly affirmed the importance of the right to keep and bear arms in public. Writing for the Court in Dred Scott v. Sandford, 19 How. 393 (1857), Chief Justice Taney offered what he thought was a parade of horribles that would result from recognizing that free blacks were citizens of the United States. If blacks were citizens, Taney fretted, they would be entitled to the privileges and immunities of citizens, including the right “to keep and carry arms wherever they went.” Id., at 417 (emphasis added). Thus, even Chief Justice Taney recognized (albeit unenthusiastically in the case of blacks) that public carry was a component of the right to keep and bear arms—a right free blacks were often denied in antebellum America.

After the Civil War, of course, the exercise of this fundamental right by freed slaves was systematically thwarted. This Court has already recounted some of the Southern abuses violating blacks’ right to keep and bear arms. . . .  In the years before the 39th Congress proposed the Fourteenth Amendment, the Freedmen’s Bureau regularly kept it abreast of the dangers to blacks and Union men in the postbellum South. The reports described how blacks used publicly carried weapons to defend themselves and their communities. For example, the Bureau reported that a teacher from a Freedmen’s school in Maryland had written to say that, because of attacks on the school, “[b]oth the mayor and sheriff have warned the colored people to go armed to school, (which they do,)” and that the “[t]he superintendent of schools came down and brought [the teacher] a revolver” for his protection. Cong. Globe, 39th Cong., 1st Sess., 658 (1866); see also H. R. Exec. Doc. No. 68, 39th Cong., 2d Sess., 91 (1867) (noting how, during the New Orleans riots, blacks under attack “defended themselves . . . with such pistols as they had”). Witnesses before the Joint Committee on Reconstruction also described the depredations visited on Southern blacks, and the efforts they made to defend themselves. One Virginia music professor related that when “[t]wo Union men were attacked . . . they drew their revolvers and held their assailants at bay.” . . .

. . .  On July 6, 1868, Congress extended the 1866 Freedmen’s Bureau Act, see 15 Stat. 83, and reaffirmed that freedmen were entitled to the “full and equal benefit of all laws and proceedings concerning personal liberty [and] personal security . . . including the constitutional right to keep and bear arms.” §14, 14 Stat. 176 (1866) . . .  That same day, a Bureau official reported that freedmen in Kentucky and Tennessee were still constantly under threat: “No Union man or negro who attempts to take any active part in politics, or the improvement of his race, is safe a single day; and nearly all sleep upon their arms at night and carry concealed weapons during the day.” H. R. Exec. Doc. No. 329, 40th Cong., 2d Sess., at 40. Of course, even during Reconstruction the right to keep and bear arms had limits. But those limits were consistent with a right of the public to peaceably carry handguns for self-defense.

Justice Thomas’s majority opinion in Bruen is a model of originalist jurisprudence.  In it – and wholly irrespective of his personal opinions, something he never announces – Thomas identifies what the Second Amendment meant to the bulk of the people of America in 1791 who approved of the Amendment, passing it into Constitutional law.  It is how every Supreme Court decision considering the Constitution should be decided, as the Supreme Court has no legislative power – such power is solely reserved to Congress in Article I, Section I of the Constitution.

Saying that is simple, but as the decision and concurring opinions show, doing a good faith historic / legal analysis is sometimes complex and not completely straightforward.  There will almost always be some law or fact that can be used to justify a desired finding if one is willing to cherry-pick and ignore the totality of circumstances.

In the Bruen case, those were:

The Statute of Northampton:

Colonial Restrictions On The Right To Go Armed

The laws, both at common and statutory law, were not a blanket ban on carrying weapons in public, something prevented by the Second Amendment.  All of the laws at issue either explicitly allowed open carry of weapons or were interpreted as doing so in order to comply with the Second Amendment.  “[T]hose who sought to carry firearms publicly and peaceably in antebellum America were generally free to do so.”