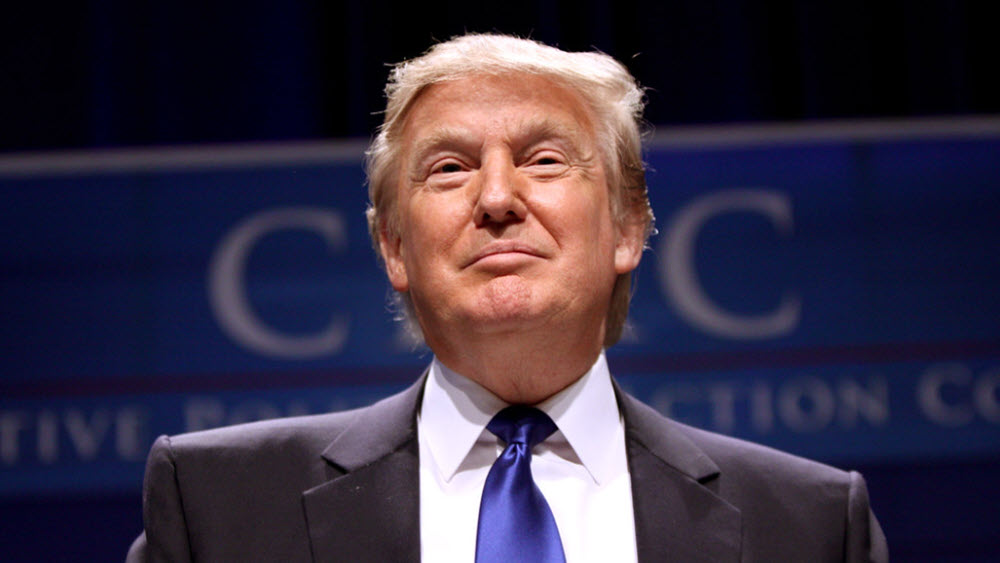 The facts show that everything Hutchinson said about Trump in the Beast is, at least, exaggerated but when you think about it, it favors Trump.

I’ve now had 24 hours to think about Cassidy Hutchinson’s testimony (which ranks right up there with statements from Jussie Smollett or Christine Blowsy-Fraud, who should be imprisoned alongside Smollett) and something occurred to me: The testimony makes Trump look fantastic. Yes, I know it’s untrue and meant to harm him, but it instead shows his courage compared to the extreme cowardice of our other elected officials and the weepy fear of the Capitol police. Let me break this down.

Here’s what Hutchinson testified, not based on her personal knowledge, but based solely upon what would be inadmissible hearsay in a real court with due process protections (as opposed to the kangaroo Maoist proceedings currently taking place):

When I returned to the White House, I walked upstairs towards the chief of staff’s office. And I noticed Mr. Ornado lingering outside of the office. Once we had made eye contact, he quickly waved me to go into his office, which was just across the hall from mine.

When I went in, he shut the door. And I noticed Bobby Engel, who was the head of Mr. Trump’s security detail, sitting in a chair, just looking somewhat discombobulated and a little lost.

I looked at Tony. And he had said, did you effing hear what happened in the Beast? I said, no, Tony. I just got back. What happened?

Tony proceeded to tell me that when the president got in the Beast, he was under the impression from Mr. Meadows that the off-the-record movement to the Capitol was still possible and likely to happen, but that Bobby had more information. So once the president had gotten into the vehicle with Bobby, he thought that they were going up to the Capitol. And when Bobby had relayed to him, we’re not, we don’t have the assets to do it, it’s not secure, we’re going back to the West Wing, the President had very strong– a very angry response to that. Tony described him as being irate.

The President said something to the effect of, I’m the effing president. Take me up to the Capitol now. To which Bobby responded, sir, we have to go back to the West Wing. The president reached up towards the front of the vehicle to grab at the steering wheel. Mr. Engel grabbed his arm, said, sir, you need to take your hand off the steering wheel. We’re going back to the West Wing. We’re not going to the Capitol.

Mr. Trump then used his free hand to lunge towards Bobby Engel. And Mr.– when Mr. Ornado had recounted this story to me, he had motioned towards his clavicle.

Every bit of that is hearsay that, incidentally, is not subject to any of the exceptions to the hearsay rule, meaning that it is inherently suspect and should never be allowed in any legitimate proceeding. Putting aside the hearsay, the narrative makes no sense on its face:

1. “The Beast” to which Hutchinson refers is built to keep the president separate from the driver. While Trump apparently can lower the special protective window separating the passengers from the driver, there’s no part of that statement that has him doing so, or leaping across the body of the car to worm his way into the driver’s space: The Jan. 6 committee tried to muddy the water by saying Trump wasn’t in the Beast but was, instead, in “the Suburban.”

Today’s testimony makes clear that Trump wanted to go to the Capitol with the armed mob, despite warnings not to do so from his advisors.

When the Secret Service ruled out the possibility, the former President erupted in anger in the Suburban he was riding in. pic.twitter.com/Ef69CAenn6

This casts further doubt on Hutchinson’s credibility, of course, but the committee had to do it because the footage shows that Trump was in the Suburban. However, the committee almost certainly wanted to make a specific point: Because the Suburban is smaller, Trump was closer to the driver, so he could have engaged in that wrestling match for the steering wheel. Except that the Suburban has the same security features as “the Beast” — as in, the driver is separate from the passengers and there’s no evidence Trump lowered the barrier.

2. The Secret Service agent and the driver (I’m not clear if he’s also Secret Service) will testify under oath — as percipient witnesses — that the narrative is untrue.

A Secret Service source told me earlier: “FYI, I’m calling bullshit on the Secret Service story. You think none of us would have never heard of this as an internal rumor? No fucking way.” https://t.co/NqEoljvBeD

That should end any discussion about the matter.

3. Hutchinson is clearly biased because Trump did not take her with him to Florida. He claims he knew about her reputation for viciousness and gossip but, even if that’s retrofitting, the fact is that she was left behind:

I hardly know who this person, Cassidy Hutchinson, is, other than I heard very negative things about her (a total phony and “leaker”), and when she requested to go with certain others of the team to Florida after my having served a full term in office, I personally turned her request down. Why did she want to go with us if she felt we were so terrible? I understand that she was very upset and angry that I didn’t want her to go, or be a member of the team. She is bad news!

What’s clear to me is that, at only 25 or 26, Hutchinson was a flunky, not a power player. She wasn’t in on anything big but is speaking as if she were.

Finally, when it comes to doubting Hutchinson’s testimony, she manifestly lied about other things. The most easily proven lie is her claim that she wrote a note with Mark Meadow’s suggested language for Trump to read once the ruckus at the Capitol began. This went beyond implying she wrote the note. This was straight testimony:

At Tuesday’s hearing, Hutchinson, testifying about the note, said, “That’s a note that I wrote at the direction of the chief of staff on Jan. 6, likely around 3 o’clock.”

“And it’s written on the chief of staff note card, but that’s your handwriting, Ms. Hutchinson?” Rep. Cheney asked.

Hutchinson, a former top aide to Meadows, said that Meadows handed her the note card and a pen and started dictating a potential statement for Trump to release amid the Capitol riot.

Within hours of making this claim, it was exposed as a lie:

“The handwritten note that Cassidy Hutchinson testified was written by her was in fact written by Eric Herschmann on January 6, 2021,” a spokesperson for Herschmann told ABC News Tuesday evening.

“All sources with direct knowledge and law enforcement have and will confirm that it was written by Mr. Herschmann,” the spokesperson said.

As the legal saying goes, falsus in uno, falsus in omnibus. That is, if you’ve lied about one thing, you’re presumed to be lying about everything.

I’m pretty certain that Hutchinson’s recollections about January 6 are unreliable, to say the least.

Third, if we pretend that Hutchinson’s testimony about Trump’s conduct on January 6 is true, she’s saying some pretty wonderful things to say about Trump. From this point forward, I’m going to assume solely for the sake of argument that Hutchinson’s recollections about events on the day are true and that Trump really did try to wrestle his Secret Service agent and the driver for control of the steering wheel so that he could get to the Capitol and was thwarted only because he was physically prevented from getting to the Capitol.

Wow! That’s what a leader does, and it stands in stark contrast to what the Democrats claim to have been doing. We’ve had endless heartrending testimony from Congresscritters and police alike, regarding how terrified they were. I mean, the trauma never ends:

It would take a heart of stone not to laugh at these snowflakes. There’s more from other Democrats but I won’t bore you with it. Meanwhile, Lindsey Graham was excitedly squealing that the police should start shooting everyone.

But despite allegedly being told that all these rioters were armed and that things were completely out of control, Trump responded like a real leader: I’m not afraid. I need to go there and talk people down from the frenzy. That’s courage.

In other words, Trump wasn’t just a madman; he was a brave person who was willing to fight his way to the frontline, if necessary, to calm things down. This was a Richard II moment, when the boy king willingly met with Wat Tyler, the leader of the 1381 Peasants Revolt after the rebels had already slaughtered their way through London. (Ignore the fact that the meeting didn’t end well; focus on the courage.) Trump is to be commended, not attacked, for his courage on that day — courage that every Democrat lacked.