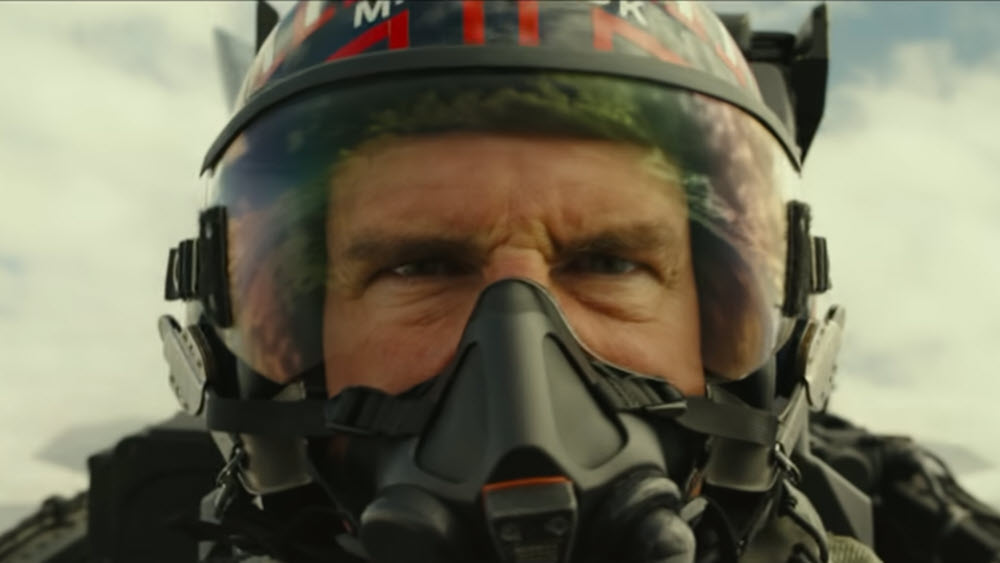 I’m neither a Tom Cruise fan nor a movie fan so I was surprised to find the movie completely enjoyable, so much so that I recommend it to others.

For the last many years, I’ve gone to movies very infrequently, usually when my kids have asked me to accompany them. Between my generalized dislike for Hollywood; my contrarian’s dislike for such popular Hollywood icons as Steven Spielberg, Tom Hanks, the entire Star Wars franchise, etc.; and my even greater dislike for paying insanely high prices for movie tickets, the big screen does not attract me. So, even though I’d heard good things from conservatives about Top Gun: Maverick, the new Tom Cruise movie, I hadn’t planned on going.

However, the kids treated us to tickets at one of those movie theaters with reclining seats and lots of legroom, so off we went. And very much to my surprise, I thought it was a great movie. Why? Because it was pure Hollywood entertainment that was really well down. The exhilaration that came from watching it reminded me of seeing the very first Star Wars movie in 1977 when it was young and fresh before it became an endless, boring (and now Disney-owned PC) franchise.

There’s actually very little plot to the movie: Tom Cruise reprises his original Top Gun character, Maverick, the best flyer in the Navy. He loves it so much he refuses to get a higher rank because that will take him out of the cockpit and, of course, he takes crazy risks both to counter stupid commands from the higher-ups and to save lives. Cruise offers a lot of crinkly-eyed smiles and long, serious looks, depending on the scene, but does a very good job at being a character that you know, in his heart of hearts, he wishes were real, rather than just a figment of a screenwriter’s imagination. In other words, Cruise gives it his all and that really does help carry a movie that has him on the screen for about 90% of the time.

That’s the character. Here’s the plot: Maverick is called back to the Top Gun school to train the best Navy flyers to handle an incredibly dangerous but highly necessary mission in an unnamed rogue country. That’s it. That’s the plot. Within that framework, Tom Cruise butts heads against his superior officers, has a gentle, PG-13 romance, and struggles to deal with one of the young flyers who, for backstory reasons, resents him. In many ways, the movie is almost French insofar as the plot is minimalist and it’s really a character-driven movie.

From Tom Cruise down, the actors give, at minimum, workmanlike verisimilitude to often trite, hackneyed characters. There’s enough energy there to lead to a decent suspension of disbelief. They’re also given lines that, while hackneyed, are still enjoyable and can become memorable in Hollywood lore. I mean, there’s no “Frankly, my dear, I don’t give a damn” or “Of all the gin joints, in all the towns, in all the world, she walks into mine” or, for that matter, just about any other line in Casablanca. But they were some good lines that got real audience responses. As for the actors themselves, I recognized three besides Cruise: Ed Harris, Jon Hamm, and Val Kilmer. Everyone else was just a pretty (very pretty) face.

The real star of the movie is the U.S. Navy. The scenes of airplanes flying and fighting, the flight deck of an aircraft carrier, and the interiors of the various cockpits are absolutely magnificent and, often, breathtaking. These scenes are also really well-done. I mean, how much excitement can you wring out of seeing a helmeted head in a cockpit? Yet through clever writing and good editing, it’s easy to follow along with what’s happening and to enjoy every minute as well.

The movie also stays entirely away from political correctness and wokeism. The actors cover a range of racial colors but I’ve been around the Navy enough because of my years on the Navy League to know that, when I was on the big ships, this range of colors was completely normal. In other words, this was not a movie in which Hollywood had to retrofit reality to give it the appropriate racial diversity.

The movie is also gentle in ways that make it accessible for most audiences: Aside from that gentle romance I mentioned, the movie has no sex or sexuality whatsoever. There’s no blood or other person-to-person violence. And the enemy — in this case, a complete MacGuffin — is as impersonal (and mostly nonexistent) as a video game.

Indeed, there’s only one teeny-weeny political moment in the movie. Early on, he puts on his beloved leather motorcycle jacket, covered with patches — and one of them is Taiwan’s official flag. In other words, after the movie first tried to get away with deleting Taiwan’s flag, as seen in trailers, in response to ordinary people’s outrage, Cruise had the courage to stick a finger in the Chinese Communist Party’s eye. It’s not “firefight with the Taliban” brave but, in today’s world, it’s pretty damn brave:

So far, the movie has taken in $1.1 billion worldwide, and I’m not at all surprised. Top Gun: Maverick is a throwback to a time when Hollywood made great movies intended to entertain as many people as possible. I enjoyed it a great deal and can wholeheartedly recommend it to anyone who wants a clean, simple movie that has moments of true thrills.