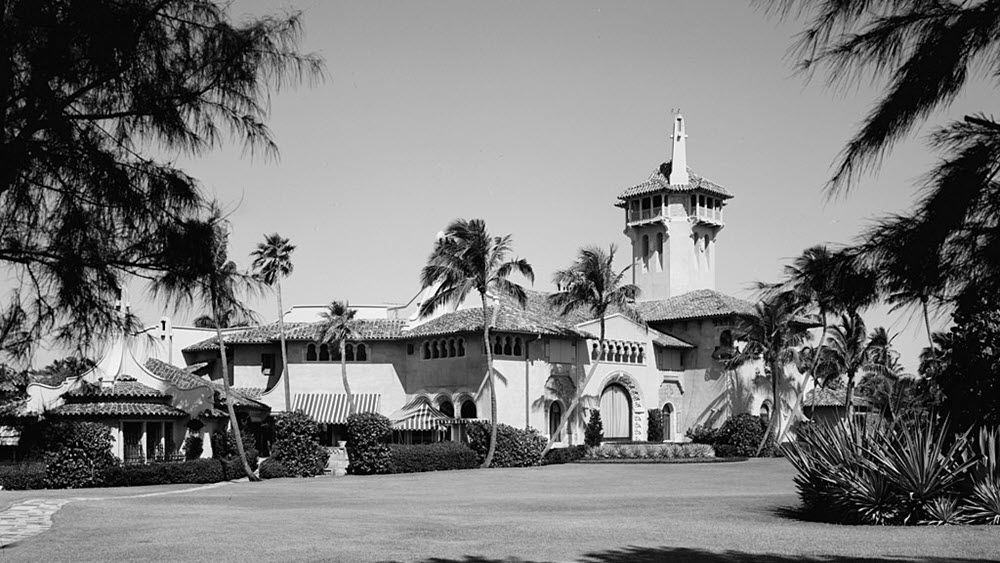 Here’s your chance to discuss what happened at Mar-A-Lago today, along with a few quick thoughts of my own.

We still don’t know what’s in the search warrant but, as of now, it seems as if Garland got a judge to issue the equivalent of a general warrant. That was a warrant that a judge would issue to one of the king’s officers, allowing him to search anything at any time. The abuse of general warrants was one of the main issues leading to the American Revolution.

This also has a strong whiff of Lavrentiy Beria’s famous saying: “Show me the man and I’ll show you the crime.” In the old America, first you would have to have sufficient evidence of a crime to justify a search warrant.

In the new America, Joe Biden’s America, after failing with impeachments and January 6 hearings, you get the general warrant, grab every scrap of paper you can find, and then piece them together to create something that bears a vague resemblance to a crime. Take it before a D.C. grand jury, get an indictment, and then get a D.C. jury to convict. You know it will be overturned on appeal (unless you’ve packed the Supreme Court) but that doesn’t matter. You will have sidelined Trump forever:

The media is missing the really, really big reason why the raid today is a potential blockbuster in American politics.👇 pic.twitter.com/3BdI9NA9Az

And one other thing: The White House is risibly claiming it knew nothing about this. I’m sure Biden didn’t know anything about it, because he’s a bad version of a ventriloquist’s dummy but do you really believe Ron Klain wasn’t in on this? I mean, no matter how biased Garland’s justice department is, do you see him going after a former and future president without approval from the boss’s puppet master?

What do you think about all of this? Who