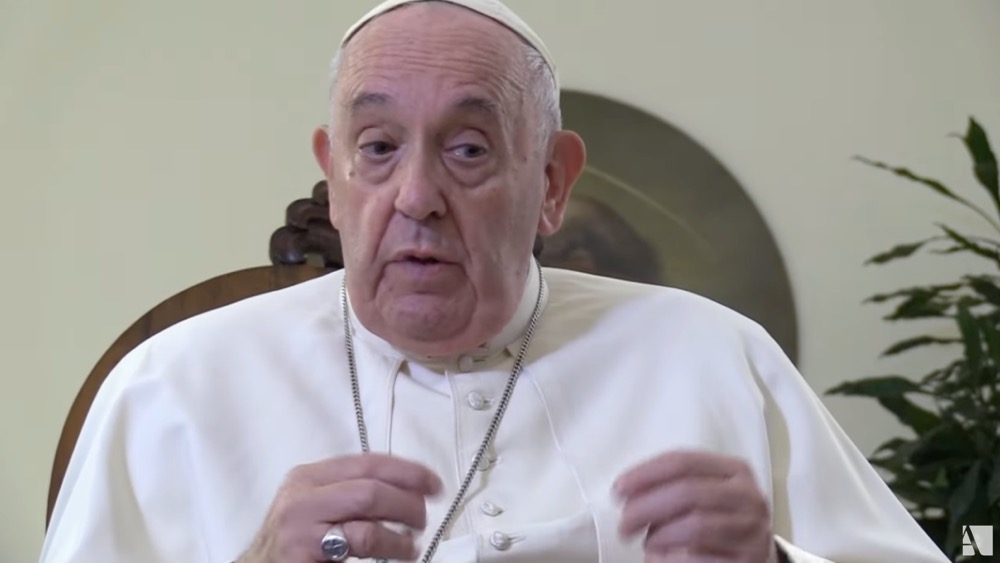 What’s it mean if the Pope recognizes the fetus as a living human but denies its legal status as a person?

Someone emailed me a link to an article in LifeSiteNews discussing Pope Francis’s recent statement about fetuses. Before I go further, I should state my bias up front: I don’t like Pope Francis. I think he’s a leftist in Pope’s clothing. In 2013, I wrote about why there was reason to believe that his thinking was influenced by Liberation Theology (pure Marxism), which swept through Latin America’s Catholic churches. I won’t repeat myself here.

Over his nine years in the papacy, Pope Francis has doubled down on his Marxist economics and has been extremely supportive of the LGBTQ agenda. The one thing he was stalwart about, though, was his opposition to abortion. I wonder, though, if he’s clearing the ground to back off of that opposition.

In an interview in America Magazine, the interviewer asked the Pope about abortion, and he responded (to my mind) peculiarly:

Purvis: Holy Father, abortion is a heavily politicized issue in the United States. We know it is wrong. And the United States Supreme Court recently ruled that there is no constitutional right to abortion. However, it still seems to plague the church in the sense that it separates us. Should the bishops prioritize abortion in relation to other social justice issues?

Pope Francis: On abortion, I can tell you these things, which I’ve said before. In any book of embryology it is said that shortly before one month after conception the organs and the DNA are already delineated in the tiny fetus, before the mother even becomes aware. Therefore, there is a living human being. I do not say a person, because this is debated, but a living human being. And I raise two questions: Is it right to get rid of a human being to resolve a problem? Second question: Is it right to hire a “hit man” to resolve a problem? The problem arises when this reality of killing a human being is transformed into a political question, or when a pastor of the church uses political categories.

Is it me, or is Francis’s answer nonsensical? In all Western cultures, “persons” have legal protections. As the Pope, shouldn’t he enthusiastically endorse that? Why is he waffling on about the fetus being a “living human being,” while refusing to call it a “person” with legal rights?

It seems to me that Francis is starting down a slippery slope of the type that chaired Princeton “ethicist” Peter Singer has been sliding down for years: Namely, that babies born with disabilities should be killed if the parents don’t want to care for them. Sure, they’re living human beings, argues Singer, but they’re not legal persons with a recognizable right to life.

Once you start going that path, you can easily find a whole lot of “persons” who really don’t deserve to live. The Nazis did that with Jews, Gypsies, homosexuals, Slavs, the mentally ill, and more.

But you don’t have to go back to the 1930s and 1940s to find examples of government’s comfortable with putting people on a list of “okay to kill.” Canada’s increasingly aggressive Medical Assistance In Dying was started just to help the terminally ill accelerate their meeting with their Maker. Now, though, MAID has been extended to mentally ill people, depressed people, homeless people and, if the pediatric medical world has its way, it’ll soon extend to teenagers.

Currently, the system is voluntary, but it’s easy to envision a further slide down that slope to the point at which people putting too great a burden on the socialized medical system are convicted and executed. The Pope’s statements open the way for that line of thinking.

I continue to dislike the Pope.

As a reminder, my old newsletter program bit the dust, taking everyone’s addresses with it. I finally seem to have a stable program so, if you’d like newsletters to keep track of my erratic posting schedule, you can see the sign-up form on the right.