Despite the fact that we live in a vaccine age, Britain is facing an outbreak of measles, a disease can cause life long damage to its victims:

Parents were urged today to give their children the MMR jab before they returned to school after figures showed measles cases have more than trebled in the last 11 weeks.

There have been 480 confirmed cases in the UK so far this year, compared to 756 cases during the whole of 2006 – the highest year on record. 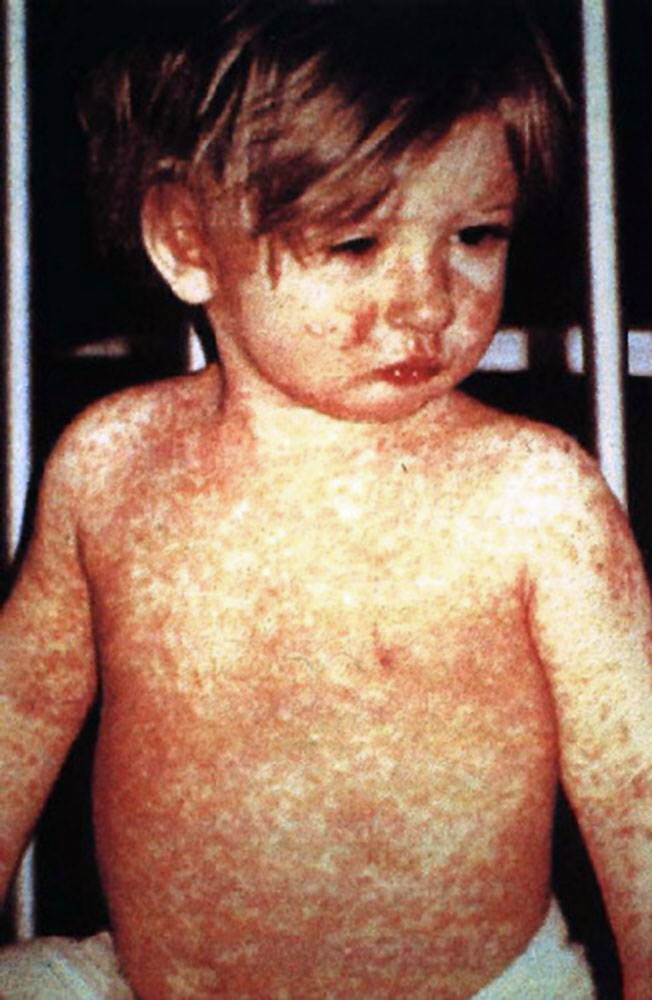 The Health Protection Agency (HPA) said the number of confirmed cases of children suffering measles was higher than expected for this time of year and urged parents to ensure their children were vaccinated.

Up until June 10 this year, 136 cases of measles, which can be life-threatening, had been confirmed by the HPA.

But as of today, just over 11 weeks later, this had more than trebled to 480.
advertisement

Dr Mary Ramsay, a consultant epidemiologist at the HPA, said: “Over the summer holidays we have seen more cases of measles being reported than we would normally expect.

“This means it is crucial that children are fully immunised with two doses of MMR before they return to school.

“Measles is a highly infectious and dangerous illness and, as there is increased close contact in schools, it can spread easily.”

The HPA said while was difficult to confirm reasons why there has been such a jump in recent weeks, a high number of cases has been noted in communities where vaccine uptake is lower, including travelling families. (Emphasis mine.)

My question, stated in my post title is, what is a “traveling family”? Is this a British term that everyone there understands or is it a PC euphemism aimed at obscuring, not clarifying, an important fact related to British public health? As it stands, it has no meaning for me at all. Does it for you?

UPDATE:  By the way, avoiding vaccinations isn’t just a British problem.  I’m a big believer in vaccinations.  There’s no doubt that some carry with them risky side effects, but these side effects pale compared to the risks of an epidemic.  I know some people like to point out that there are no longer epidemics, so they no longer need vaccinations, but these people miss the point that they are benefiting from herd immunity:  that is, if enough kids in the herd have taken the risk of a vaccination, an epidemic cannot take hold, which protects the ones who refuse the shot.  The thing is, if the latter become the largest proportion of the population, herd immunity vanishes.  Mother nature quickly takes advantage of that fact.  The huge resurgence in Nigeria of polio, one of the historic childhood scourges, after a Muslim paranoia attack about the West stopped the vaccination program, is a good example of that fact.