Over the past week, China has been convulsed by a video that shows a little girl — 2 years old — clad in pink trousers, struck by two vans and then ignored by over a dozen passers-by, who cavalierly stepped around her broken, bleeding body:

Little Yue Yue has since died, but China, in an embarrassed way, is trying to come to terms with what her death means.   The MSM  helpfully hints that the problem is China’s burgeoning capitalism:

China’s economic boom and the growing disparity between the rich and poor have made changing social values a contentious topic, with some lamenting what they see as materialism replacing morals.

The same article gets a little closer to the mark, in the last paragraph, when it suggests that China’s willingness to impose severe punishment on people makes them disinclined to get involved:

Many people in China are hesitant to help people who appear to be in distress for fear that they will be blamed. High-profile lawsuits have ended with good Samaritans ordered to pay hefty fines to individuals they sought to help.

I’d like to suggest another possible societal paradigm:  China’s one child policy.  This policy says that urban, married couples may have only one child.  Approximately 40% of China’s population is subject to this policy.  The government takes it very seriously, going so far as to force abortions of full term babies on unwilling women:

During the past week, dozens of women in southwest China have been forced to have abortions even as late as nine months into the pregnancy, according to evidence uncovered by NPR.

China’s strict family planning laws permit urban married couples to have only one child each, but in some of the recent cases — in Guangxi Province — women say they were forced to abort what would have been their first child because they were unmarried. The forced abortions are all the more shocking because family planning laws have generally been relaxed in China, with many families having two children.

Liang Yage and his wife Wei Linrong had one child and believed that — like many other couples — they could pay a fine and keep their second baby. Wei was 7 months pregnant when 10 family planning officials visited her at home on April 16.

Liang describes how they told her that she would have to have an abortion, “You don’t have any more room for maneuver,” he says they told her. “If you don’t go [to the hospital], we’ll carry you.” The couple was then driven to Youjiang district maternity hospital in Baise city.

“I was scared,” Wei told NPR. “The hospital was full of women who’d been brought in forcibly. There wasn’t a single spare bed. The family planning people said forced abortions and forced sterilizations were both being carried out. We saw women being pulled in one by one.”

The couple was given a consent agreement to sign. When Liang refused, family planning officials signed it for him. He and his wife are devout Christians — he is a pastor — and they don’t agree with abortion.

The officials gave Wei three injections in the lower abdomen. Contractions started the next afternoon, and continued for almost 16 hours. Her child was stillborn.

The above story is from a few years ago, but it could have happened last year too:

A pregnant woman in China was detained, beaten and forced to have an abortion just a month before her due date because the baby would have violated the country’s one-child limit, her husband said today.

Luo Yanquan, a construction worker, said his wife was taken kicking and screaming from their home by more than a dozen people on 10 October and detained in a clinic for three days by family planning officials, then taken to a hospital and injected with a drug that killed her baby.

Usually it doesn’t come to actual government coercion. Why not? Because the Chinese people themselves, knowing that they’re limited to one baby, and rejoicing in a culture that values only boys, take matters into their own hands, routinely aborting female babies, a disgusting practice that has earned it’s own name of “gendercide“:

By the year 2020, there will be 30 million more men than women of marriageable age in this giant empire, so large and so different (its current population is 1,336,410,000) that it often feels more like a separate planet than just another country. Nothing like this has ever happened to any civilisation before.

Yuan Quan slipped into a busy down-market establishment in a grim and basic part of town, with a flourishing market for stolen bicycles just outside, and the police looking the other way.

She asked the abortionist if he ever aborted boys. He gaped. ‘Are you mad?’ he almost shouted, ‘Nobody aborts boys unless they are deformed. Girls are what we abort.’

This cheap and squalid storefront business offers abortions from around &pound;10. Scans, which reveal a baby’s sex, cost a fiver. True, this is a rough neighbourhood, but similar businesses flourish in more respectable districts as well.

They usually start from £20, while supposedly painless procedures can go up to about £200.

The authorities, who have no moral objection to abortion itself, have been known to force women to have abortions in their ninth month of pregnancy to keep to the one-child policy.

They cannot really complain about the huge numbers of legal, commercial abortionists. Nor can they do much to ban the cheap portable scanning machines which detect the sex of the baby and condemn so many unborn girls to death.

Once you know more about China’s attitude to girls, it is surprising that so many survive.

So was it capitalism that deadened those drivers and passers-by to the death of one little girl, or was it a culture that traditionally devalues girls and that has, for thirty years, had enforced a government policy that, inevitably, means that girls are killed in utero?  If girls are so valueless in utero, why should their value increase ex utero?  The message that Chinese citizens have absorbed is simple:  Don’t get involved as a general matter because the government is likely to come after you — and considering the risk, you should especially avoid getting involved with a manifestly disposable citizen, i.e., one little girl in bright pink trousers. 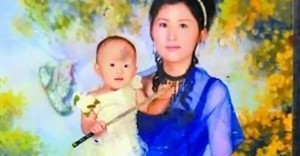