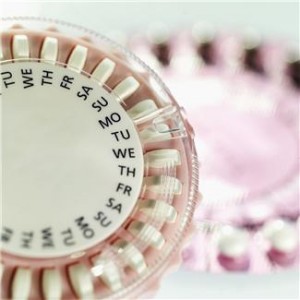 Republican voters, struggling to decide which candidate will best handle the myriad problems facing America under the Obama regime — problems that include a stagnant economy, a collapsing Europe, a boiling Middle East, etc. — were treated to a New Hampshire debate that focused on . . . birth control.  A post-debate NYT op-ed establishes why this was such a driving topic for the moderators — the Left is going to make this election about abortion.  Because Obama is rapidly losing any semblance of support on issues that matter for the future of this country, the Left is hoping to agitate women with visions of Bible-wielding sex police storming into people’s houses, arresting them for owning condoms:

But the message from Iowa was crystal clear: Mitt Romney, Rick Santorum, Ron Paul, Jon Huntsman Jr., Newt Gingrich and Rick Perry all stand ready to restrict a woman’s right to make her own childbearing decisions and deny essential health care to millions of women.

The Republican field is united in its determination to overturn Roe v. Wade; to appoint Supreme Court justices supportive of that goal; and to end government payments to Planned Parenthood for family planning services, cancer screening and other vital health services provided to low-income women. The candidates also want to reinstate the global gag rule that barred family planning groups abroad receiving federal money from even talking about abortion.

The op-ed goes on for several more fevered paragraphs, all urging women to rise up and say “Keep the Republicans out of my uterus.” The liberal women on my “real me” Facebook page are responding with appropriate panic.

There is no doubt but that the Republican candidates, even formerly pro-Choice Mitt Romney, are now or have become disenchanted with the Leftist obsession with abortion and “reproductive rights.”  I too have come disenchanted with a culture that is obsessed with infant death and, worse, that celebrates random, rampant and dangerous youth sexuality.  Here are a few random thoughts on the subject:

Contrary to the New York Times‘ fears, I’m not worried that the egg will be totally unscrambled, with the world reverting to a repressive era characterized by back alley abortions.  Too many things have changed in the past few decades.  Unwed motherhood and birth control are an integral part of our culture now.  Without the easy option of abortion, women and men may be more zealous about birth control.  And if a pregnancy happens, the likelihood of coat hangers or social death are certainly smaller.

Also, if Roe v. Wade, a singularly badly thought-out decision, is reversed, all that will happen is that the abortion debate will revert to the state level.  The big urban states will keep abortion; the smaller rural/Southern states will not.  Then, there will be a few years as people get to examine these experiments in progress and see what works best for women and children.

In my role as a parent, I wouldn’t mind at all having a more repressive culture.  Yesterday, a teenager I know said, “Our principal just discovered that twelve-year olds are sexually active, and now she’s bringing people into the school to teach them how to do it right.”  Since I was driving a carpool at the time, I was so shocked, I almost ran a red light when I heard this one. I immediately launched into my tried and true lecture that, just because kids have the physical maturity to do something doesn’t mean they should do something, although with data about pregnancy, sexually transmitted disease, depression, self-loathing, and the failure to connect well in adult relationships.

I know, though, that I’m fighting a rear guard action.  These kids are inundated by sexually charged movies, TV shows, songs (especially songs, lately), plus, as this boy said, detailed instructions from their schools.  Hollywood is setting the agenda, and it’s one that lacks any sense of decency or morality.  I think it would be a good thing if rampant sexuality became more difficult.

I’m also willing to bet that, if one could get all the liberal mamas and papas in my world to figure out that unfettered everything is putting their kids at risk, simply because it means that sex is always “in the air,” they too might agree that putting the brakes on things is a good idea — especially if they could be brought to understand that putting the brakes on things is not the same thing as reverting to a 1620’s ethos.

Specifically regarding chemical birth control, whether it means giving girls the pill or unfettered access to the morning after pill, I’m really opposed to that.  The pill isn’t just a contraceptive.  It is an incredibly potent chemical cocktail that manipulates a woman’s, or more disturbingly, a growing girl’s body.  All women know that from the moment you take your first pill, you not only stop getting pregnant, you gain weight, you have mood swings, you go for baby-faced men, your skin breaks out, you risk blood clots (a friend of mine almost died that way), and sex becomes less enjoyable.  Also, if you’re unlucky, it makes you vomit.

What’s ironic is that the same liberals who spend a fortune on organic milk and grass-fed beef, or who refuse to vaccinate their kids because of the risk, embrace the idea of exposing their still-maturing daughters to this stuff.  Irony is probably the wrong word.  Our culture is so insane we’ve moved into a post-ironic era were nothing should surprise us anymore.

So I’ll end this post with a question:  As between the Democrats who push relentless for unfettered abortion and birth control access for tweens and teens, and the Republicans, who would like to make abortion a state matter and stop having the federal government fund it, which party do you think better serves women’s needs?