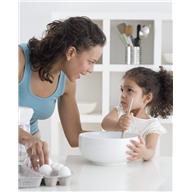 I’m seeing a terribly funny new meme on Facebook, aimed at explaining away Hilary Rosen’s statement that Ann Romney, who raised five children, fought breast cancer, and has MS, has never worked a day in her life. Friends are posting things to the effect that, while parenting is “work,” it’s not a “job.” From this I gather that it’s only a job if you get paid for it.

I’m old enough to recall a time when feminists went absolutely ballistic at men who denigrated their housework by saying that it wasn’t really a “job” because they weren’t getting paid for it. In other words, women trying to defend Rosen’s statement have had to fall back upon what the famous “male chauvinist pigs” of the 1960s and 1970s used to say about women. All of which proves, once again, that there’s nothing more regressive than a Progressive.