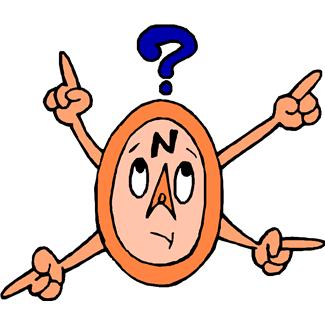 I’ve now had the chance to digest myriad analyses of the Roberts decision on ObamaCare.  I think I can sum up the various conclusions that liberal and conservative pundits have reached.  Here goes:

The decision is a victory for Obama and the Democrats because it keeps ObamaCare on the books.  However, it’s a victory for Mitt Romney and the GOP because it reminds Americans that Democrats like to tax them.  The only problem with the latter view is that Americans aren’t paying attention to things like ObamaCare and taxes and these credulous citizens will just role with whichever side looks victorious, which is either the Democrats and the Republicans.

The only exception to the rule that Obama’s role with the winner is the Tea Party, which is likely to be galvanized into action.  Naturally, though, the Tea Partiers are too demoralized to do anything constructive, other than riot in the streets.  We know from past Tera Party events that the smiling grannies togged-out in matching red, white, and blue outfits are especially dangerous.

ObamaCare will never be repealed because the Republicans cannot get a majority in 2012, let alone win the White House.  This is a “true fact” as long as you take into consideration that Mitt Romney will almost certainly win the 2012 election on an anti-tax platform and that the House will stay Republican.  The Senate, of course, can go either way, with Republicans getting either 51 seats (enough to reverse a tax) or 60 seats (enough to prevent President Obama, who will definitely win in 2012, from vetoing a repeal.

Over the long haul, of course, Americans are more free because the decision restricts the Commerce Clause.  This, however, ignores the fact that they’re less free, because they can be taxed for anything, including breathing or, as the case may be, not breathing.

John Roberts is someone who is suffering from a seizure disorder and is probably being blackmailed.  Neither of these factors really matters, though, because the Chief Justice is clearly a Machiavellian bridge, chess, or poker player who is taking the long view and setting the Republicans up to win in 2012 on the issue of higher taxes.  Or he’s taking some sort of really long view that enables Obama to do a victory dance in November 2012 because his signature legislation survived.  In a second Obama term, with a Democrat House and Senate, people will really learn to hate those tax-and-spend Democrats.  Those few remaining Americans who have not been sent to re-education camps or have not been disenfranchised by a vote transferring all citizenship rights from native-born Americans to illegal aliens, will have the opportunity in 2016 to make all 48,739 of their voices heard.

In the end, insane, brilliant, diseased, medicated, blackmailed, weak-spined, far-sighted, Machivellian Chief Justice John Roberts simultaneously built up and tore down American liberties.  Moreover, he also ensured that both Obama and the Democrats, on the one hand, and Romney and the Republicans, on the other hand, can claim a clear victory, both today and in the November 2012 elections.

I hope everyone understood this lesson.  There will be a test tomorrow.