In fact, they discovered those in the sex entertainment industry had a more positive outlook on life with higher self-confidence and more flattering views on their body image. 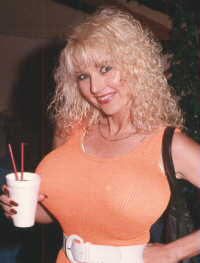 These women also age much more rapidly than their cleaner-living peers.  I don’t know if it’s the sex or the drugs, but you can tell that they’ve been around the block a few thousand times.

Of course, if you report yourself as happy, maybe you are happy.  After all, our emotional well-being is a state-of-mind and, as the saying goes, mind over matter works:  if you don’t mind, it don’t matter.  If these women are convinced that they’re not prematurely aged, substance using (not necessarily “abusing,” but “using) people whose lives are defined by their exhibitionist sexual habits, but are, instead, desirable, beautiful women, than I guess they are — their perception of reality defines their reality.