I wrote last week about the fact that the lapdog media is finally catching up with Obama’s claim that the problem with America’s economy is that ATMs are job destroyers, and that’s why our economy is a mess.  Many of you commented that, in your own industries, you’ve seen automation chip away at jobs so that a handful of people are doing what it once took dozens or even hundreds of people to do.  I agree completely.  Technology definitely destroys jobs.

What I was trying to say, though, is something different.  What’s unique about this ongoing recession/depression, is that the government has been working overtime to depress the new jobs that usually arise as a result of technology.  Absent government intervention, our transitions in the wake of a major technological change have usually been beneficial to the majority, even though there’s no doubt that a minority saw itself lost to history’s backwash.  For the first time, though, we’ve got a government so busy grieving for the minority who are becoming obsolete, that it’s enacted policies to ensure that the majority will suffer too.

I speak quite personally about this, because I’m a perfect example of someone who took modern technologies and spun off a new career.  My new career has been less profitable than my old one, but infinitely more enjoyable, not to mention a better match with parenting.

My graduating year from law school was one of the last years that saw new associates arrive at law firms that didn’t have desktop computers.  We had Word Processing departments, which would use primitive word processing machines (who else remembers old Wang systems?) to finalize briefs or, if they were particularly sophisticated, they had primitive software to do the same task.  To get a brief done, the attorney would hand write or dictate a brief, and then walk it over to a secretary, who would transcribe it.  It was a very time-consuming process. 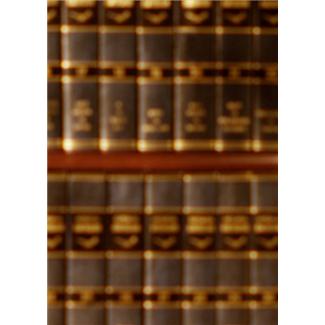 Legal research was also done the old-fashioned way, which meant surrounding oneself with heavy books.  To research a legal question, you’d go to the Westlaw Digests.  You’d start by perusing the Decennial Digests (massive volumes that broke the law down into categories).  These were good, because you could do ten years worth of research in a single category.  If it had been nine years since the last Decennial Digest, though, you’d then have to go through nine years worth of annual digests, including the pocket updates stuffed in the back.  Once you had hand written a long list of potential cases, you’d head for the stacks and pull out volume after volume of case reporter.  You’d page through to your cases, and hope that at least some of them were on point.  Once you found them, you’d either write notes by hand, or you’d spend hours (and dollars) photocopying.

Both Westlaw and Nexis did have computer research available, but it had to be done on dedicated machines and it cost a small fortune.  It was much cheaper to pay an associate to do fifty or even one hundred hours of research, than to go onto Westlaw and spend a couple of hours writing and printing.  (Keep in mind that, back in those days, all connections were dial-up and were incredibly slow.) 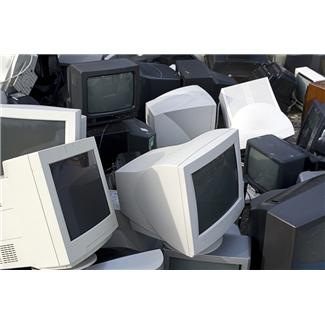 Within a few years of my starting to practice law, the world turned upside down.  Lawyers got desktops and dedicated word processors became obsolete.  That’s when I fell in love with Word Perfect, which is still my favorite word processing software because you have the best control over the look of the final product.

In the beginning, those desktop computers were stand-alones, so you still had to walk to your secretary’s desk, only this time you’d hand over a floppy, rather than a sheaf of yellow paper or a little tape recording.  Just a year or so later, with the firm’s four walls, those floppies were obsolete, as the firms had become networked.  Suddenly, you didn’t even need to stand up to send your secretary that pleading that needed to be finalized.  Instead, you just pushed a button.

Online legal research continued to be expensive, but Lexis and Westlaw now had software that enabled you to use your laptop to connect directly to those services.  This was another technological advance that meant you didn’t need to get up from your chair.  (Right now, I’m seeing, not only a technological trend, but a trend in lawyers getting flabby and gaining weight!)

One day, I sat at my desk and realized that I was totally self-sufficient. I didn’t need a secretary, since I’ve always been a better typist and word processor than any secretary I ever had, and I didn’t need access to a law library, since my desktop had become a law library.  I also realized that home computer prices were dropping and that the case-reporting services were dropping their prices in response to the increased competition that accompanied increased demand.  Since I hated going to court, and loved doing research and writing, I quit my job and set up a home practice.

As the years went by, having a home office became easier and easier.  In the old days, I still had to put my documents on floppies, or print them up, and then hand-deliver them to my clients.  Within a short time, however, either my clients got email, so I could just send an attachment, or they upgraded their network services so that I could connect from home and simply upload my work onto their systems.

The new systems made hoards of young lawyers unnecessary.  While it had once been cheaper to give a second or third year associate a fifty hour research job, it was now much cheaper to contract the work out to me.  With my on-line research, home computer and printer, and network or email connections, I was not only faster and better than a young associate, I didn’t force the firm to carry me during the dead times, nor did it have to pay any benefits to me.  Technology would have destroyed my old job, but instead it created a new job for me, and one that I liked much better.

In the Obama economy, though, I have no work.  If I were a young lawyer done out of a job by new research and writing technology, it would be impossible for me to set up my own thriving business (and it did thrive for many years), because there is no work to be had for anyone, whether in a firm or outside of it.  The old jobs are dying, but the economy is too regulated, taxed, and constrained to create new niches.

And that’s what I meant when I said only Progressives believe that robots are job killers.  Their belief is true only to the extent they’ve made it so.  I fervently believe that, in the normal, non-Obama world, even as technology kills many jobs, a free market, coupled with human initiative, can create many more (better ones too).