One of the more perfect posters I’ve seen regarding the intersection between Syria and Obama’s values (thanks to Danny Lemieux, who posted it on Facebook): 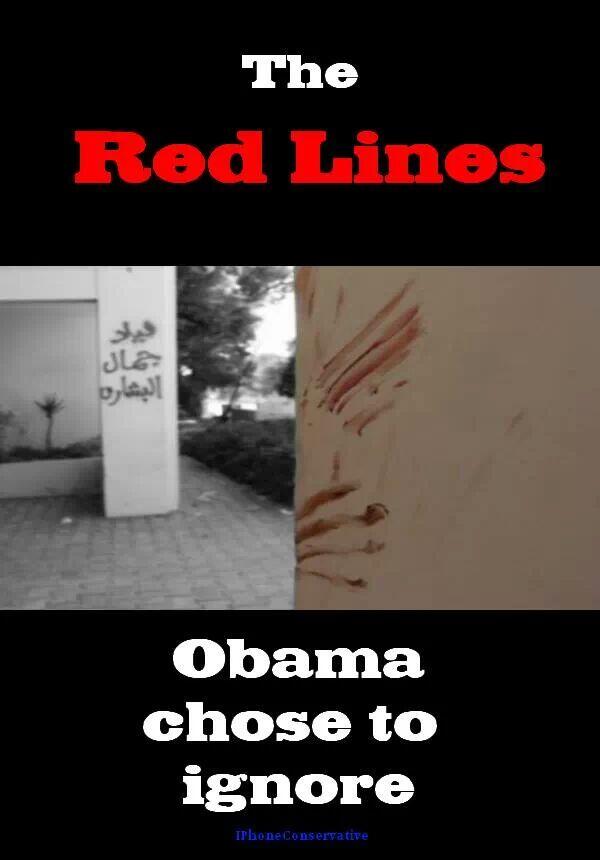 I hope everyone is clear on the fact that this war talk about Syria does not reflect an Obama value. This is about his saving face after his throwaway line last year about “red lines.” In addition, now that everyone has turned against him (European leaders, Congress, the American people), our narcissist in chief is going to bully through his agenda because we’re all Obama’s enemies now.

This is not about Syria. This is not about the 1,400 people who were gassed either by Assad/Iran or by Al Qaeda. This is about Obama. And he is willing to drag the whole word towards Armageddon rather than to have his ego damaged.

Perhaps, though, Obama’s arrogance in the past many years might be what saves America. Keith Koffler says that Obama’s rebuff in the house is Obama’s personal flock of chickens coming home to roost:

If this were Bill Clinton or George W. Bush, I’d think yeah, it will pass in the end. But not this guy. I can’t say that Obama’s motion to attack Syria will fail, but I can’t say it will pass either. Because Obama has acted very unpresidential for the past four and a half years.

Usually that would mean “undignified.” But in this case I mean that he has failed the basic test of the politician that a president must be – schmoozing members of Congress while staying in touch with the public on important issues.

You really get the feeling with this president that he’d rather be left alone in the Oval Office or on the golf course with his little friends than hang out with the riffraff from Capitol Hill. Obama lacks strong relationships there, even with his allies.

I covered both Bush and Clinton, and I’d constantly see a line of lawmakers’ cars parked on the West Wing driveway while their owners hashed something out with the president in the Oval Office. With Obama, the driveway is always nice, tidy and empty.