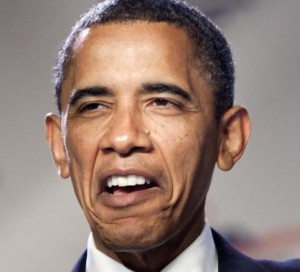 I seldom quote Peggy Noonan here because I think she’s usually a day late and a dollar short when it comes to discussing the current administration. It seems that, just as Baa-baa Waw-waw did, she drank deep of the Obama Kool-Aid.  Noonan is an inside the Beltway gal and, just as David Brooks did, swooned about Obama’s Harvard degree and well-pressed pants.  She had enough conservative in her to criticize him and his administration a bit, but she was also enough of a disciple to dance around her own criticism whenever she could.  And now, just as happened to Baa-Baa Waw-Waw, Noonan is snapping out of the enchantment that gripped her for five long years.  Freed from the Kool-Aid induced hallucinations, Noonan is finally making sense.

Today’s blog post from Noonan has some nice turns of phrase about the Obama administration’s incompetence — an incompetence for which we must all be grateful, because it revealed Obamacare’s failures in such a delightfully spectacular way:

It all looks so lax, so loosey-goosey. In the place of the energy and focus that would go into the running of things, the administering and managing of them, we have the preoccupation with spin, with how things look as opposed to how they are. The odd thing still is that the White House never misses a speech, a list of talking points, an opportunity to shape the argument on TV. They do the talking part, but the doing? They had 3½ years to make sure ObamaCare will work, three years to get it right top to bottom, to rejigger parts of the law that they finally judged wouldn’t work, to make the buying of a policy easy on the website. And they not only couldn’t do that, which itself constitutes an astounding and historic management failure, they make it clear they were taken aback by their failure. They didn’t know it was coming! Or some knew and for some reason couldn’t do anything.

And it’s all going to continue. One reason this scandal isn’t Katrina is that Katrina had a beginning and an end. The storm came, the storm left, the cleanup commenced and failed and then continued and succeeded. At some point it was over. ObamaCare will never be over. It’s going to poison the rest of the administration. It’s the story that won’t go away because it will continue to produce disorder. Wait, for instance, until small businesses realize it will be cheaper to throw their people off their coverage and take the fines than it will be to reinsure them under the new regime.

Sadly, the only area in which the administration is showing a great deal of competence is when it comes to Israel: in just five years, Obama has managed to back that nation into a corner from which there seems to be no escape, something I’ll discuss in a later post today.