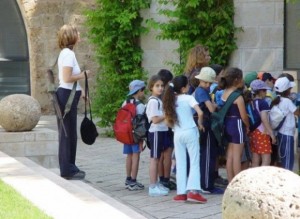 Rob Miller writes wonderful things at his blog JoshuaPundit.  Excitingly, he’s now expanded his reach and will be a contributor at the Times of Israel.  He’s off to a rip-roaring start there, with a piece about the way BDS thinking (the antisemitic “Boycott, Divest, Sanction” movement) is so insidious that it’s principles now inform statements from people who have no idea what they’re saying.