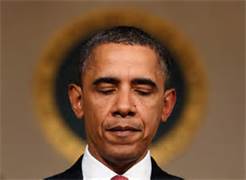 Let’s examine both these beliefs a little further.  First, let’s talk about the belief that socialism can be made to work.  I’m sure all of you have had or seen this interaction:  A person of ordinary common sense with some understanding of world history and current events, says to the ardent Progressive or Democrat (henceforth “DemProg”), “Socialism has never worked in any society in which its been tried.”

In the old days, the DemProg would point to Europe as an example of successful socialism, and then you’d have to explain to them that this success was due in significant part to the fact that America took care of most of Europe’s defense costs, leaving it with more money to expend on socialist welfare programs.  Nowadays, of course, with Europe an economic basket case that’s scarily trending to Europe’s version of “conservativism” — i.e., hate-filled, race-based nationalism — Europe is gone as an example of socialism that works.

Back to that conversation between the sensible person and the DemProg:  When the sensible person points out that socialism has always failed, both socially and economically, the DemProg always responds with some variation of “It just hasn’t been done right.”  These variations range from noting that too many socialist revolutions have occurred in agrarian, not industrial, societies, so they couldn’t have the proper type of socialism that Marx envisioned (Russia, China, North Korea, etc.); to the problem with cults of personality (that would be North Korean socialism); to “it’s all America’s fault” (that’s Cuban socialism); it got taken over by right-wing fascists (both Mussolini’s Italy and Hitler’s Germany, both of which explicitly billed themselves as socialist” movements); to “damaging vestiges of imperialism” (that’s would cover most African socialism).

But in America, the DemProg says, if we could just elect the right politician, we wouldn’t have any of those problems.  In a country with America’s vast wealth, strong infrastructure, industrial and commercial base, absence of powerful enemies, and constitutional check on personality cults, we would finally do socialism right.

To do socialism right, of course, one would need the right kind of president, and a Congress that he could bend to his will.  In 2007/2008, we were promised that Obama would be these things and more.  First off, we were promised that Obama had the intelligence to get the job done.  Michael Beschloss, the highly respected presidential historian, in an interview with Don Imus, waxed rhapsodical about Obama:

Historian Michael Beschloss: Yeah. Even aside from the fact of electing the first African American President and whatever one’s partisan views this is a guy whose IQ is off the charts — I mean you cannot say that he is anything but a very serious and capable leader and — you know — You and I have talked about this for years …

Imus: Well. What is his IQ?

Historian Michael Beschloss: … our system doesn’t allow those people to become President, those people meaning people THAT smart and THAT capable

Imus: What is his IQ?

Imus: What is his IQ?

Historian Michael Beschloss: You know that I don’t know and I’d have to find someone with more expertise …

In fact, Michael, to this day, nobody knows what Obama’s IQ is, or even what his grades were.

David Brooks, who is the New York Times version of a Republican, assured worried conservatives (and even the occasional worried moderate Dem) that Obama fully understood the nature of governance, and would handle the reins of power with competence and aplomb:

“I remember distinctly an image of–we were sitting on his couches, and I was looking at his pant leg and his perfectly creased pant,” Brooks says, “and I’m thinking, a) he’s going to be president and b) he’ll be a very good president.”

“Obama sees himself as a Burkean,” Brooks says. “He sees his view of the world as a view that understands complexity and the organic nature of change.”

Brooks was also incredibly relieved that Obama was an intellectual — you know, a smart guy who could hold his own with other Brooksian smart guys:

[A]fter the Bush years, Brooks seems relieved to have an intellectual in the White House again. “I divide people into people who talk like us and who don’t talk like us,” he explains. “Of recent presidents, Clinton could sort of talk like us, but Obama is definitely–you could see him as a New Republic writer. He can do the jurisprudence, he can do the political philosophy, and he can do the politics. I think he’s more talented than anyone in my lifetime. I mean, he is pretty dazzling when he walks into a room.

Someone who agreed with Brooks was Obama himself:

Obama had always had a high estimation of his ability to cast and run his operation. When David Plouffe, his campaign manager, first interviewed for a job with him in 2006, the senator gave him a warning: “I think I could probably do every job on the campaign better than the people I’ll hire to do it,” he said. “It’s hard to give up control when that’s all I’ve known.” Obama said nearly the same thing to Patrick Gaspard, whom he hired to be the campaign’s political director. “I think I’m a better speechwriter than my speechwriters,” Obama told him. “I know more about policies on any particular issue than my policy directors. And I’ll tell you right now that I’m gonna think I’m a better political director than my political director.”  [Quoted in Jody Kantor’s, The Obamas, p. 66.]

It wasn’t just Obama’s dazzling (albeit unproven) intelligence — the kind that, in lesser mortals, is called being a good bullshit artist — that assured DemProgs that, this time, socialism would be done right.  It was also that Obama was magical — a word from the DemProg lexicon, not from mine:

AS EVERY CARBON-BASED life form on this planet surely knows, Barack Obama, the junior Democratic senator from Illinois, is running for president. Since making his announcement, there has been no end of commentary about him in all quarters — musing over his charisma and the prospect he offers of being the first African American to be elected to the White House.

But it’s clear that Obama also is running for an equally important unelected office, in the province of the popular imagination — the “Magic Negro.”

David Ehrenstein, who proposed Obama as the “magic negro,” seems skeptical about Obama’s magic negro shtick. Nevertheless, he pointed out that white DemProgs were deeply under Obama’s spell:

He’s there to assuage white “guilt” (i.e., the minimal discomfort they feel) over the role of slavery and racial segregation in American history, while replacing stereotypes of a dangerous, highly sexualized black man with a benign figure for whom interracial sexual congress holds no interest.

Obama’s fame right now has little to do with his political record or what he’s written in his two (count ’em) books, or even what he’s actually said in those stem-winders. It’s the way he’s said it that counts the most. It’s his manner, which, as presidential hopeful Sen. Joe Biden ham-fistedly reminded us, is “articulate.” His tone is always genial, his voice warm and unthreatening, and he hasn’t called his opponents names (despite being baited by the media).

Like a comic-book superhero, Obama is there to help, out of the sheer goodness of a heart we need not know or understand. For as with all Magic Negroes, the less real he seems, the more desirable he becomes. If he were real, white America couldn’t project all its fantasies of curative black benevolence on him.

Certainly, America thrilled when Obama, echoing this magical thinking, announced that his mere nomination as the DemProg candidate was a magical event:

Naturally, DemProgs understood that the perfect socialist candidate — the correct race, the correct class, the correct education, the correct sky-high intelligence, the correct dash of magic and charisma — couldn’t be expected to do it alone. He needed a government that would work with him, not against him and, for the first two years of his administration, that’s what Obama got: he owned Congress, since both houses had Democrat majorities.

Obama’s election, therefore, provided the perfect conditions that socialism in America could be done right. It’s hard to imagine that the stars could ever again be so perfectly aligned. So what happened?

The economy is stagnant and, many say, gearing up for another full recession by 2016.

The DemProg dream bill — the Affordable Care Act — is getting eviscerated step by step, not by the Republicans, but by the White House and its agencies (with new IRS rules being just the latest example). Aside from that, it continued to be hated by all but the true believers, and the latter are mad at Obama for his ineffectual executive actions, starting with the exchange’s disastrous debut.

Overseas, not only is the world heading into 1930s chaos, complete with renewed European nationalism augmented by oil-funded Islamism, world leaders and their citizens are hating America just as much as ever, if not more than ever.

As an aside, race relations are also worse than they’ve been in years.

At this point, you’re compelled to ask your hypothetical DemProg, “Now what?” In answer to that question, I suspect that DemProgs will continue to claim that socialism can work but, once again, will defend Obama’s failures by saying that it just wasn’t done right.

When you counter by pointing to the optimal conditions the DemProgs had — the perfect, brilliant, magical candidate — DemProgs will claim one of two things: Either that Obama failed them, which casts doubt on DemProgs’ ability ever to select the right candidate; or they’ll claim that he was foiled by Republicans and by Charles and David Koch. If the latter is the case, of course, they’ve conceded that, in America, even the DemProgs’ best isn’t good enough, which is an implicit admission that, in America, socialism will never be done right because it can never be done right.

Let’s therefore end the socialist experiment, and get back to a vigorous free-market, individual-centered form of governance, tempered by a strong Judeo-Christian sense of right and wrong; the responsibility to be good stewards for our planet; and love for our fellow man. This last doesn’t mean we have to celebrate everybody all the time. Instead, at the government level, it should result in policies that leave people alone to flourish, that do not favor one group of people against another, and that intercede only when certain individuals are being unduly harassed by government or by groups of people that have tried to put themselves beyond government’s reach.