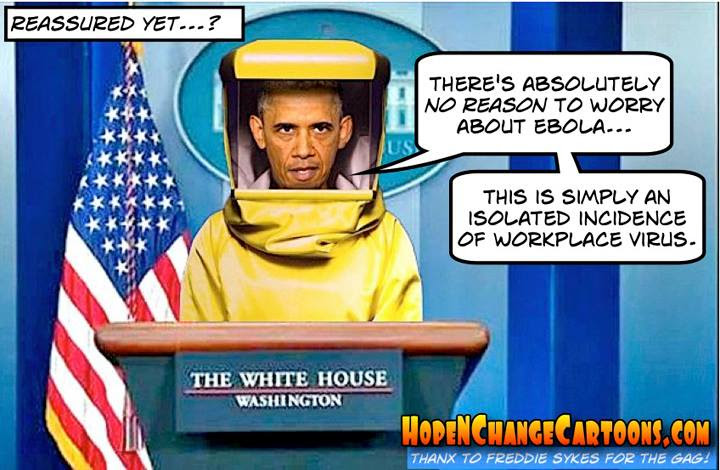 Other nations are closing their doors to flights originating in Ebola-stricken regions, but Obama has, to date, refused to do so. This is yet another stinkarooni Obama policy but, unlike the slow-mo disasters he’s initiated in other economic and national security areas, this latest policy has the potential to kill tens of thousands (or more) of Americans.

Let’s try to stop that potential horror by making this the most-signed, fastest-growing petition in “We, the People” history:

WE PETITION THE OBAMA ADMINISTRATION TO:

restrict travel from regions affected with Ebola to protect the citizens of united states from widespread epidemic.

In light of the recent entry of a person from Liberia with Ebola it is time for the US to restrict travel from that region in order to prevent widespread epidemic. We ask that the President move swiftly to protect the people of the United States from this epidemic.

One of government’s most basic functions is to protect citizens from epidemic disease. It’s telling that Obama has failed this core executive task.

(Thanks to Sadie for the great poster.)