I happened to grab a link to a very popular (and growing rapidly) Facebook thread in which Progressives ridicule Scott Walker for saying that, if he had the strength and the stomach to take on Wisconsin’s unions, that indicates that he’ll stay the fight with ISIS too.  I was impressed by two motifs running through the thread:  the viciousness, which frequently descends into a direct call for Walker’s blood; and the stupidity.  Whether or not one agrees with the viewpoint’s expressed, it’s hard to disagree with the fact that these people are morons.

Anyway, for your enjoyment and edification, I present you with a preview of coming attractions should Walker actually throw his hat into the presidential race: 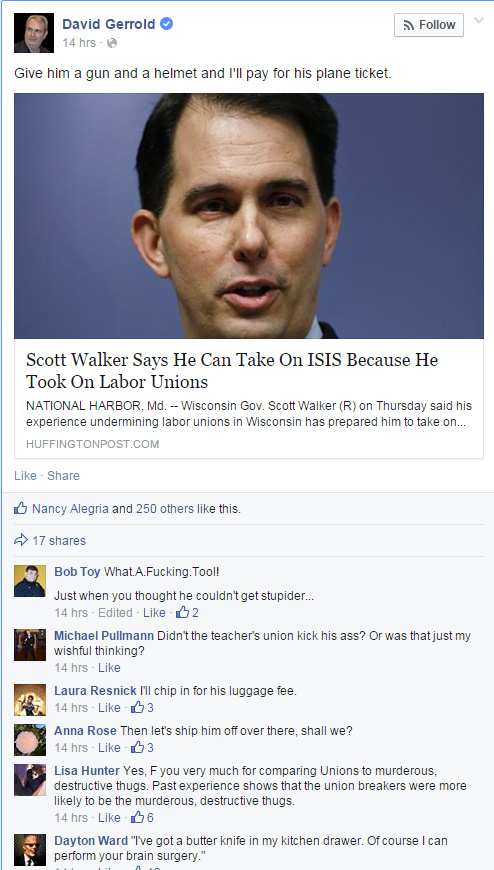