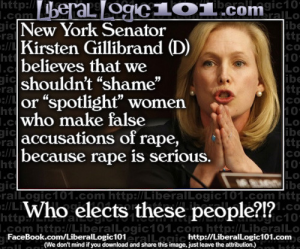 As a mental health professional, I find the storms raging at Georgetown and Oberlin University regarding Christina Hoff Sommers’ visit and speech as “triggering” and traumatizing to be beyond bizarre. My objective as a mental health professional is to empower people, to enable them to overcome trauma in order to live as fully as possible, to not be burdened by symptoms of depression or anxiety and to not let the entirety of their lives be dictated by a single trauma or even multiple traumas.

Do trigger-warning, safe-room advocates at colleges not believe that it betters people to overcome pain and move on, or is it truly their belief that no one, at any time, must ever expose a traumatized person to an opinion that differs from theirs on “triggering” topics in case they may become upset? It is impossible to control the world in such a way.

Perhaps the attempt to protect one set of victims by silencing or cancelling speakers may actually be “triggering” to another group of people, such as those individuals who have personally been victims of totalitarianism, kangaroo courts or punitive re-education, who are reminded of the fear brought about by not being allowed to voice their opinions and hear diverse viewpoints or face political prison. Is there a safe place on campus for those students who are re-traumatized by the attempt to shut down speakers or demand only “correct” speech?

Again, the goal of decent mental health treatment is to enable people to overcome their trauma, not to be defined by it, and to be resilient. Hiding from life creates a perpetual wounded state in people. It is infantilizing, enabling, and the opposite of mentally healthy. The anger the advocates at Georgetown, Oberlin and other colleges feel toward Christina Hoff Sommers, or others who dare present a dissenting viewpoint, results in self-indulgent and puerile responses consisting of “This upsets me, therefore you are not allowed to speak.” This is the university student equivalent of “La la la, I’ve got my fingers in my ears.”

Rape is real, and horrible. Shutting up Christina Hoff Sommers, someone who has great empathy for rape victims, just not the “rape culture” hysteria on college campuses that has too often been based on false or misleading statistics and has denied students accused of rape due process or even fair trials does nothing to help actual victims recover and live free from fear and flashbacks, and it does nothing to help the women and children who are currently being victimized, raped and abused at almost unimaginable levels in the world today. To show a real effort to fight the horrors of rape, advocates could do any or all of the following:

Work on their own recovery or support the recovery of others through effective trauma therapy. Recovery empowers women. Aside from helping people to live free from misery and fear, it sends a clear message that one’s life need not be ruined, even by horrible, imposed circumstances. It is a message of resiliency and strength.

Advocate strongly for women and children throughout the world who are victims of a true rape culture.

I have worked with many victims of trauma over the years. These clients do not want to be haunted by fears that interfere with their lives. One woman I worked with had been abused her entire life. As a child she had been sexually abused for years by her father and her brother and physically abused by both of her parents. Her learned passivity made her an attractive target for abusers. She married young to a very violent man who physically and sexually abused her and their children for years. She found the strength to flee to another state with her children. We met when she came to me for counseling. She had no self-confidence. She could barely speak to others or hold up her head. She had no “safe-rooms.” She urgently had to work through her past and become stronger to help her children. She wanted to be free of her trauma, to know that these were things that happened to her, but were not who she was. She was not rape, molestation or beatings. She was a bright, determined woman who had had bad things happen to her from an age when she was powerless to stop it. She realized she was finally in a position to change her life. She wanted to learn to be strong and to defeat her past.

In therapy she learned to do so. In therapy she learned to discover her self-worth, her strength and her hope. When she was ready, she took a self-defense class and learned to be unafraid. She changed her own life and the lives of her children forever. She did not shy away from pain or “triggers.” Over and over, she volunteered to speak to and provide guidance to other victims of domestic violence, childhood sexual abuse and sexual assault. She became a source of hope to them.

If one must hide from the ideas of Christina Hoff Sommers, the issue is not Christina Hoff Sommer’s ideas. The true travesty is the university’s indulging of grown adults who refuse to be challenged, grow or think about opinions other than their own. If Hoff Sommers’ ideas trigger feelings so extreme that one needs a room with coloring books, play doh and puppies, the trigger response itself must be seen as a symptom of a person who is having difficulty coping. In clinical terms this is called an abreaction, an excessive anxiety, or a psychological response that is too strong compared to the stimulus. Abreactions interfere with ordinary life functioning. Students who demand censorship of uncomfortable ideas do not protect victims from harm. Rather, they are demanding that the university become their enabler. When the university complies, it prevents people from moving on.

Not all traumas are equal. Please do not try to convince me that Yazidi rape slaves, children forced into prostitution rings, rape used as punishment,  child brides, or girls forced to marry their rapist because they are defined, not as victims, but as adulterers, are equal to challenging the discrepancies in Lena Dunham’s claim of college rape, or the inconsistencies in mattress carrying Emma Sulkowicz’s story. When people initially brought up concerns about the veracity of the initially widely believed, but now totally discredited University of Virginia rape accusations, they were accused of being rape denialists. How on earth does this help victims of rape?

You want to really fight rape culture? Then stand up for women and girls who live where there actually is a rape culture. Take a stand against forced child marriages and societies that refer to rape victims as “adulterers by force.” And don’t trivialize these horrendous human rights abuses — by insisting that your college is an equally hostile environment for women or that your male peers espouse these same values. If you truly believe this, you need to spend some time talking to and fighting for these women.

You want to know who doesn’t ask the world to cater to their trauma? Real victims of severe trauma don’t. They fight for life and struggle to move on. What do these stories have in common? Survivors of desperate, severe, life-threatening trauma want nothing more than normalcy and recovery. Some strive only to return to every day life. Some use their situation to advocate and fight for others. None shut their ears and minds. “Trigger-happy” students should invite these people to speak and challenge them. As people who have faced their demons and decided to fight for life, not hide from anticipated wounds, they have much to teach those who claim their actions protect others from pain.