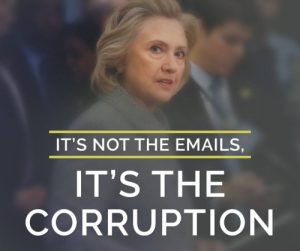 I’m hoping that today marks the last day I completely vanish because of work.  I still have projects I have to do, but I’m hoping that the time lines will be a bit more temperate.  This pace would have been wearing when I was young and is a serious challenge now that I’m not so young.

With luck, I’ll have a good night’s sleep tonight and, tomorrow, emerge refreshed with all sorts of exciting blogging ideas dancing around in my head.  Now, the sole blogging idea I have is:  “How can intelligent women vote for Hillary?”

I asked one of my favorite liberal Facebook friends “What are Hillary’s accomplishments?”  Her reply, distilled to its essence, was:  College class valedictorian, wrote law review articles, gave lip service to children’s causes, was first lady in Arkansas, raised a child successfully, was a First Lady in D.C., has campaigned against wood burning stoves, presided over a warm relationship between Obama and Turkey (never mind that Turkey has become one of the unhinged Islamic governments), and is a woman!

In some ways, a vote for Hillary because she’s female is even worse than a vote for Obama because he’s black.  Obama had the virtue of being something of a blank slate.  Those of us who were paying close attention knew the real story (Leftist, anti-Semite, anti-American, no accomplishments), but everyone else just saw the shiny product.  With Hillary, though, everyone knows about her downsides  the dishonesty; the secretiveness; the paranoia; the rank, even deadly, incompetence; etc.

With Obama, it was a case “if ignorance is bliss, ’tis folly to be wise.”  With Hillary, it’s a case of “I don’t care that I know for an absolute fact that Hillary is singularly dishonest and incompetent.  All I care about is abortion generally and the fact that, specifically, Hillary allegedly possesses a vagina.”  That’s really what support for Hillary boils down to.

And for those who are thinking “American women really can’t be that stupid, can they?”, the answer is a resounding “Yes, they can!”  The mere fact that one of the sharpest women I know forgives Hillary everything, and is willing to elect her to the presidency primarily because she was class valedictorian and raised a nice daughter (oh, and of course, allegedly has a vagina), tells you everything you need to know about 60 years of Leftist brainwashing in America’s schools and her media.

I’m sometimes sorry I wised up after 9/11.  If I hadn’t, I too could blissfully contemplate the fact that American women and their whipped men are enthusiastically prepared to hand their nation over to a known crook and incompetent, because . . . abortion and alleged vagina.  It’s just sickening.