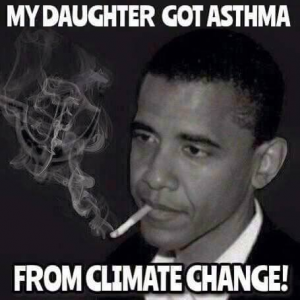 Kudos to reporter Mark Knoller for asking presidential Spokesboy Josh Earnest whether the President undermines his message when he boards a 747 to fly to the Everglades on Earth Day.  The video captures something else interesting (and you may have to turn up the volume to catch it):  fellow White House reporters giggle, with one of them alluding to Hillary’s van.

As Caleb Howe, who caught this moment, notes with despair, it seems as if the reporters are horrified that their political betters might have to do something plebian, such as forego a fancy plane ride or pimped-up van journey, even if doing so spares the environment. However, listening to the laughs and catcalls, I’d like to think that at least some of those reporters had a seed of doubt planted in their brains about the hypocrisy at work amongst the gilded members of the Democrat club.

Still, religion is religion and, as I noted in an earlier post, the Left isn’t yet ready to concede that theirs is the God that failed.