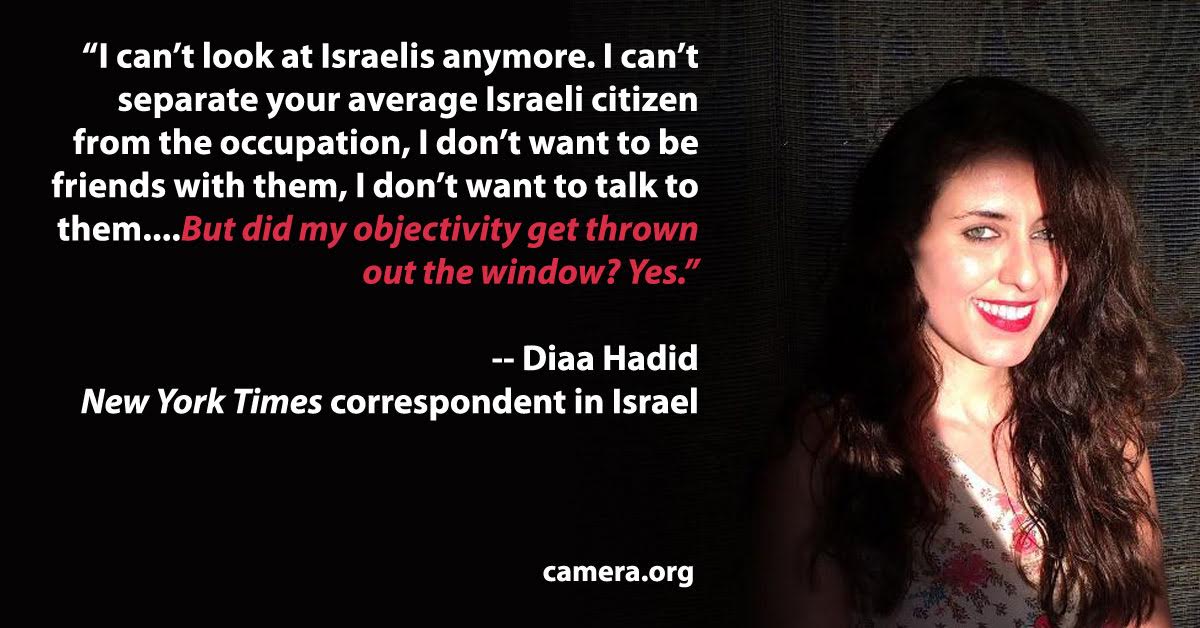 The New York Times, despite its Jewish progenitors, was always too Progressive to be pro-Jewish or pro-Israel. The New York Times was written by and for Jews who like to throw around a few Yiddish words (“nosh,” “meshugganah,” etc.), and who may even go to synagogue once a year, but who think religion is a primitive, backwards approach to the world. They are clean and bright and shiny, and Jews — real Jews — are dirty, backwards and, in Israel, imperialist occupying forces. That’s why you should never believe a word that the New York Times says about Israel, unless it’s a surprisingly positive word, in which case you’ll know that an enterprising philosemite snuck into the newsroom at night and messed with the computers.

I mention the above as a preclude to this story, which the inestimable CAMERA first caught:

A media watchdog commended The New York Times on Tuesday for heeding its reports on the “unfounded claims” of Palestinian families facing eviction from their east Jerusalem homes.

The Committee for Accuracy in Middle East Reporting in America (CAMERA)highlighted the Times’ clarification of a January 14 article by reporter Diaa Hadid, in which the description of a legal dispute surrounding the eviction of the Maswadi, Hashimeh and Sub Laban families from the Old City was based solely on interviews with the tenants themselves.

As interested parties, they were providing only one side of a more complicated story, according to CAMERA, which earlier this month twice detailed Hadid’s failure to cover the story in a neutral and factual way. (The two reports were: “Diaa Hadid Pokes a ‘Hornet’s Nest’” and “Diaa Hadid, Recycling Old Stories about Old City.”)

The story wasn’t just a little wrong and biased, but a lot wrong an biased.  It took the NYT more than 300 words — an article in itself — to correct Hadid’s gross errors:

The Jerusalem Journal article on Jan. 15 about Palestinian residents of Jerusalem’s Old City who face eviction by Israeli organizations gave an incomplete description of the legal disputes in several cases. The descriptions were based on the tenants’ accounts; the article should have included additional information from court documents or from the landlords. (The landlords are organizations that have reclaimed properties owned by Jews before Israel was established in 1948.)

In the case of Nazira Maswadi, the article said her new landlord was trying to evict her based on a claim that her estranged husband was dead (he is still alive). In fact, the landlord claims in court filings that the Maswadi family has not proved that it has paid rent.

In another case, the article quoted Nawal Hashimeh as saying she was being evicted for replacing a door to her apartment. But according to court documents, her rent payments had also been rejected because they were submitted by her son, whom the landlord said it had no contractual relationship with. (The landlord also claimed that three rent checks fell short of the amount owed.)

In a separate case, the article said Nora Sub Laban faced accusations that she had not continuously lived in her apartment, though she claimed that she had never left it. While the article said that Ms. Sub Laban had been battling eviction efforts for four decades and that the Israeli Supreme Court must now decide whether to consider her appeal, it should have noted that an Israeli court in 2014 upheld a lower-court finding that she had not returned to live at the property after renovations were completed in 2000 or 2001.