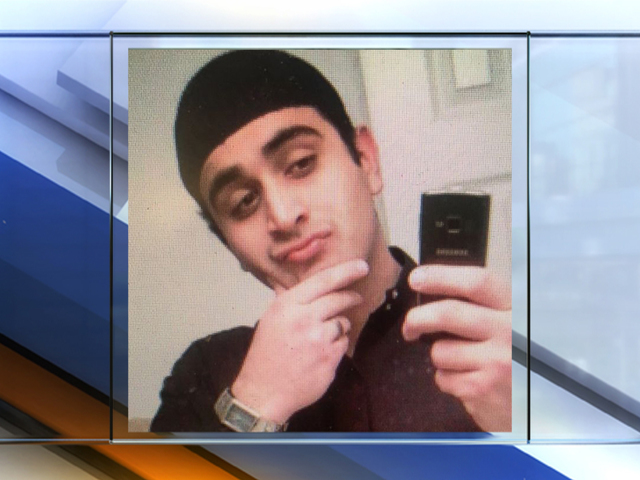 Belshazzar was a great king who sneered at the Bible, partied decadently, and failed to read the handwriting on the wall when he might still have saved himself and his people.*  His story is the story of the American Left.

For the entirely of the Obama presidency, the Left focuses obsessively on sex and drugs, gun control, and abandoning reason, whether this abandonment takes the form of their faith in the failed gods of climate change; their insistence that sex, which is embedded in our DNA, is a mere societal construct; or their refusal to recognize that there is an enemy massing at the gate. (Heck! Their chosen leader keeps inviting the enemy in, in ever greater numbers.)

Here’s what we know: ISIS throws them off roofs: Saudi Arabia imprisons, beats, and executes gays. “Malaysian law currently provides for whipping and up to a 20-year prison sentence for homosexual acts involving either men or women.” Being gay in the Palestinian world is so dangerous that gay men routinely seek haven in Israel. Afghanistan imposes the death penalty for homosexuality. However, in a world where men can go throughout their lives without ever seeing any women except their mother, the Afghanis have added a sick twist: Sex with a beardless boy is not considered homosexuality, so child rape is normative and, indeed, subject to full societal approval.

And what do we know about Omar Mateen, the man responsible for shooting up an Orlando nightclub, killing 50 and wounding 53 members of the LGBT community? Well, we know a lot:

1. Mateen was an American-born Muslim.

2. His father ran for President of Afghanistan and strongly supported the Taliban.

4. During the rampage, Mateen specifically called 911 to pledge allegiance to ISIS (see photos ISIS throwing gays off buildings, above).

5. During the same call, Mateen made known his support for the Tsarnaev brothers, who bombed the Boston Marathon.

6. U.S. Security knew about Mateen’s Islamic loyalty, but beyond questioning him a few times, was passive. (Probably because the Obama administration’s top-down leadership makes it clear that law enforcement should not scrutinize Muslims.)

7. The evidence for his alleged non-Islamic instability is that his ex-wife says he was violent and beat her — which is unstable by American standards, but normative in Afghani Muslim culture.

For a few, brief hours this morning, the Leftists on my Facebook feed were mourning the dead and making tentative little comments in the direction of Islam maybe, just maybe, having a problem. Heck, over at Mediate (a Progressive outlet), Tommy Christopher temporarily took his blinders off entirely:

We don’t know much about the shooter yet, but let’s keep it real, folks, we know enough about him to know that maybe it’s time we take the politically correct gloves off and realize that maybe the people calling for a total ban on these people aren’t completely off-base. Just a temporary ban, until we can figure this out.

As a liberal, it’s hard for me to admit that maybe I’ve been wrong in supporting the sorts of half-measures that allowed this atrocity to take place, but freedom is important to me. But our weak-willed politicians have failed to keep us safe from these people, unwilling even to find abetter way to vet them, let alone to keep the most dangerous ones from slipping through. I’ve heard all of the arguments before, that not all of them are killers, but all of the killers seem to be them. Meanwhile, we have a president who refuses to even identify them by name.

The Constitution protects their most cherished practices, but it doesn’t, or it shouldn’t, protect this unmitigated slaughter. We shouldn’t need to infringe on the good ones to weed out the bad ones, we just need the good ones to be a little more cooperative. When was the last time you heard one of them denounce their own for this perversion of their beliefs? They act like this scourge has nothing to do with them, when clearly, this scourge emanates from within their ranks, and they actively oppose any effort to stem it. In fact, their perfect solution is to attract more converts.

After reading that, a friend and I were speaking and we thought/hoped that maybe those who died in Orlando were martyrs to a real cause — with that cause being the Left finally waking up to the reality, which is that the enemy is real, it is reading the Koran, and it wants to kill us.

I should have known better than to get my hopes up. Obama instantly put the blame where he feels it belongs to be — on Americans and their guns (emphasis mine):

We are still learning all the facts. This is an open investigation. We’ve reached no definitive judgment on the precise motivations of the killer. The FBI is appropriately investigating this as an act of terrorism. And I’ve directed that we must spare no effort to determine what — if any — inspiration or association this killer may have had with terrorist groups. What is clear is that he was a person filled with hatred. Over the coming days, we’ll uncover why and how this happened, and we will go wherever the facts lead us.

The shooter targeted a nightclub where people came together to be with friends, to dance and to sing, and to live. The place where they were attacked is more than a nightclub — it is a place of solidarity and empowerment where people have come together to raise awareness, to speak their minds, and to advocate for their civil rights.

Today marks the most deadly shooting in American history. The shooter was apparently armed with a handgun and a powerful assault rifle. This massacre is therefore a further reminder of how easy it is for someone to get their hands on a weapon that lets them shoot people in a school, or in a house of worship, or a movie theater, or in a nightclub. And we have to decide if that’s the kind of country we want to be. And to actively do nothing is a decision as well.

First, no mention of Islam. Indeed, Obama questioned whether there even was an ideology (“if any”) driving the attack, despite the fact that the killer belongs to a religion that hates and kills gays, and swore fealty to the worst branch of that religion as he was slaughtering the innocents.

In Obama’s eyes, Islam will forever remain pure and peaceful. Indeed, Obama once said that the call to prayer is ““one of the prettiest sounds on Earth at sunset.” This is the call to prayer, just so you can compare its prettiness to, say, bird calls, the wind in the trees, a loved one’s voice, a Beethoven concerto, or anything else you like.

Second, he makes it political: Gay nightclubs, he assures us, are about civil rights. Back in my youth in San Francisco, when I had a bunch of gay friends, I had the occasion to visit gay nightclubs with them. They are not venues for advocating for civil rights. They’re for dancing — great dancing — and anonymous gay sex.

Well, within minutes of Obama’s statements, my Progressive friends got their marching orders. Here’s a sampling of my feed: You know what? These people are sick. And when I say “these people,” I’m not talking about murderous Muslims, I’m talking about brain-dead Progressives. They worship multiple false idols. (Speaking of which, Planned Parenthood came out strongly against murdering innocents.  Really, it did: The handwriting is on the wall in letters big enough to be seen from outer space and they witter on about guns. It doesn’t seem to occur to any of them that if one or more of the people in the nightclub had also been armed, there’s a real possibility that they could have stopped the shooter when the number of victims was still in the single digits. That’s what happened in Israel when it relaxed its strict gun laws in the face of Muslim machine gun attacks.

How many more conservatives and others who recognize the threat from Islam are going to have to die because of this blind stupidity? And honestly, as long as they’re shouting for gun control, not Muslim control, I don’t give a flying fuck how many more gun control Leftists die. They deserve to be the first sacrifices on their own insane, blood-drenched altar.

In the coming election, as between Trump and Hillary (and no, neither Scott Walker nor Mitt Romney, nor anyone else, will get drafted at the convention), I’m voting for Trump and wish I could vote twice. Hillary is the queen of gun control and the friend of every Muslim, from her aide Huma Abedin (a true daughter of the Muslim Brotherhood), to all the Saudis** and Iranians whose backsides she’s kissed over the years in exchange for their money. Trump, whatever else his other issues, has the raw courage to state loudly and brutally that we have a problem with Islam, because Islam has a problem with us.

So ask yourself:  Do you really want this woman in the White House? _____________________________________
* 1 Belshazzar the king made a great feast to a thousand of his lords, and drank wine before the thousand. 2 Belshazzar, whiles he tasted the wine, commanded to bring the golden and silver vessels which his father Nebuchadnezzar had taken out of the temple which was in Jerusalem; that the king, and his princes, his wives, and his concubines, might drink therein. 3 Then they brought the golden vessels that were taken out of the temple of the house of God which was at Jerusalem; and the king, and his princes, his wives, and his concubines, drank in them. 4 They drank wine, and praised the gods of gold, and of silver, of brass, of iron, of wood, and of stone. 5 In the same hour came forth fingers of a man’s hand, and wrote over against the candlestick upon the plaister of the wall of the king’s palace: and the king saw the part of the hand that wrote. *** 24 Then was the part of the hand sent from him; and this writing was written. 25 And this is the writing that was written, MENE, MENE, TEKEL, UPHARSIN. 26 This is the interpretation of the thing: MENE; God hath numbered thy kingdom, and finished it. 27 TEKEL; Thou art weighed in the balances, and art found wanting. 28 PERES; Thy kingdom is divided, and given to the Medes and Persians. 29 Then commanded Belshazzar, and they clothed Daniel with scarlet, and put a chain of gold about his neck, and made a proclamation concerning him, that he should be the third ruler in the kingdom. 30 In that night was Belshazzar the king of the Chaldeans slain. (From The Book of Daniel, Chapter 5, King James Edition.)

** And yes, I know that the Saudis, terrified by the Iranian threat, are drawing closer to Israel, but that does not erase the fact that it is their money that funded the Sunni Wahabbism that underlies so much of the Muslim world’s fanaticism today.  Israel is making common cause with Saudi Arabia because the enemy of my enemy is my friend.  Hillary is making common cause with a country that bans all religions but Islam, cuts of thieves hands, gives its beheaders full-time work, censors all free political speech, subordinates women, and kills or tortures cause because .  . . money.

For more of my thoughts on the incalculable benefits of our Second Amendment, complete with actual facts and real arguments, please think about buying my latest ebook, Our Second Amendment Rights In Ten Essays