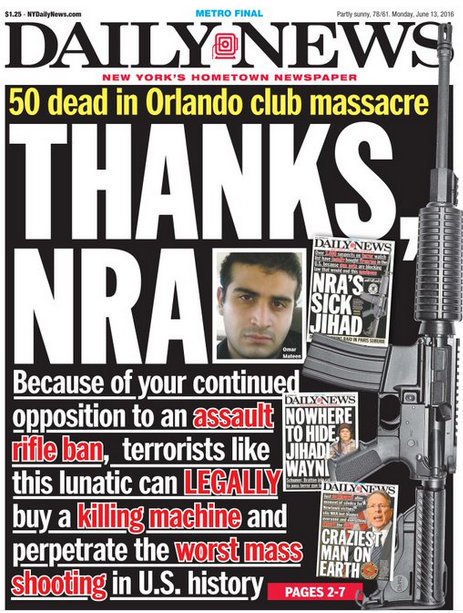 After World War II, Pastor Martin Niemöller penned his famous “First they came” poem, detailing the cowardice of the intelligentsia in the lead-up to WWII. It’s time for an updated version of that, one for the jihadists in our midst:

First they came for the box cutters and utility blades,
But I did not need a box cutter because I had shoes.

Then they came for the shoes,
But I did not need shoes because I had bottles of baby formula.

. . . Illegally acquired guns, bombs, toxic gas, machetes, knives, blunt objects (including my own fists and feet), acid, cages full of people drowned, grenade launchers, accelerants to burn people alive, buildings from which to throw people, crosses on which to crucify them, ropes with which to hang them, control over food so as to starve them, and all the other weapons of death and torture available to a depraved mind.

But I have to tell you — I’m awfully glad they came for the legally purchased guns because, once they were completely disarmed, it made it so much easier for me to terrorize Americans and Europeans.

By the way, now they’re not coming for anything any more.  Why not?  Because they are all either dead, enslaved, or converted.