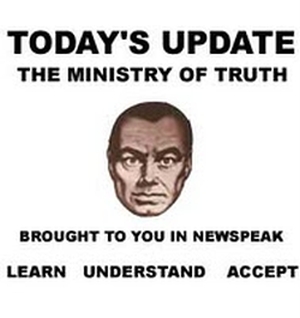 Trump, if he resuscitates the American economy, if he gives economic life back to the working class, he will be unbeatable in 2018 and 2020. Democrats, now not but a municipal power, will be buried.

Fortunately, Trump’s job is not hard. Drop corporate income tax rates from 35%, the highest in the developed world, to 15%. Allow companies to spend in the U.S. their profits earned and taxed overseas without double/U.S. taxation on those profits (now at $2.1 trillion). Reduce the Captital Gains tax rate that Obama raised not because it made economic sense, but because it was “fair” in light of his social justice ideology. Protect US businesses from unfair competition. Do away with the tsunami of regulations Obama has imposed on our nation and that strangle both jobs and economic growth.

Even if all Trump accomplishes is most of the above – and with control of both Houses, he will – our economy will take off like a rocket. This is patently obvious to everyone, or at least everyone over forty not fed on communist / socialist economics as a necessary component of social justice at school. As CNBC announced today “The election of Donald Trump has brought with it a surge in optimism in the United States over the economy and stocks not seen in years.”

What are the progs to do? They can’t stop Trump with Republicans in control of both Houses.  Nor can they allow the demos to come to believe that Trump is succeeding where they failed utterly.  So they are going to try the next best thing.  They will try to convince Americans that any any economic improvement achieved by Trump is owed to Obama.

It has already begun.  According to CNN, Obama’s Gift To Trump, A Pretty Solid Economy. At Politico, there is Trump Inherits Obama Boom.

If you just did a spit-take onto your computer screen, I’m right there with you friend.

Obama came into office largely because our economy crashed in 2008. The big secret, still relevant to today, is that the economy crashed because of the left’s racial identity politics and social engineering (now ensconced in law because of Dodd Frank.) Obama used the financial meltdown as an opportunity to conduct what amounted to a progressive war on our economy. The only things that have kept us afloat have been a booming energy sector (up 82% since 2008), the Fed running the printing presses 24/7 to create money out of thin air ($4.9 trillion as of 2015), and the Fed keeping interest rates at historic lows – though, of course, they now expect to finally raise them under a Republican President.

Under Obama’s guiding progressive hand, the middle class has taken it in the shorts – with African Americans suffering the worst – while the rich, those with the money to invest in the booming stock market funded by cheap money and low interest rates from the Fed – have taken all the gains. And Obama enabled all of this by presiding over the biggest borrowing spree ever seen in world history. Obama has managed to borrow more than all of our past Presidents combined. He will have nearly doubled our national debt to over $20 trillion by the time he leaves office.

So what is this Obama “economic boom” of which CNN and Politico speak? Both articles cite to the same numbers, the recent DOL report of 4.6% unemployment and economic growth in the last quarter of 3.2%.

As a threshold matter, anyone who cites to the DOL employment numbers as valid about anything is being intellectually dishonest in the extreme. I do hope Trump changes the reporting metric, because this one is pure bull manure. Because it does not consider the “participation rate” of those of working age participating in the work force, but rather uses some wholly estimated number of those “looking for work” to determine unemployment, it is possible, using this metric, to reach 0% unemployment with zero people employed. And that is what is happening under Obama.  I haven’t done the math of matching actual employment up against the ever decreasing numbers of working age people not in the work force, but the reality is that the number has dropped precipitously under Obama:

The workforce participation rate also dipped in November, hitting 62.7 percent, hovering around levels not seen since the 1970s.

As to our economic growth, this from Tom Blumer at Bizzyblog:

The 3.2 percent growth rate . . . which is presented as something to celebrate, would finally hit the realm known as “barely acceptable” if sustained for 3-4 more quarters. Unfortunately, the three previous quarters averaged 1.0 percent, and current forecasts for the fourth quarter of 2016 range from an annualized 2.0 percent (Associated Press and Moody’s) to 2.6 percent (Atlanta Federal Reserve). . .

Fortunately, for those who need to counter the fever-swamp left with one quick graphic argument, Paul Bedard at the Washington Examiner has presented a chart showing the running 10-year per-capita economic growth record of the U.S. economy since 1966, and yours truly has appropriately enhanced it (10-year increments and key historical moments have been added by me): The unprecedented and disastrous decay in per-capita GDP growth since 2007, when Democrats took control of Congress (hastening and worsening the “Great Recession”), and especially since November 2008, when Barack Obama won his first election, should be obvious — even a to leftist. . . .

The idea that the U.S. is currently in an economic boom is a sick fantasy.

But that posture won’t last long. Already, after eight years with the same problem going virtually unreported, the press is noticing that it’s “the quality, not the quantity, of the jobs that is in question,” and, suddenly, that “part-time work” is “the new normal.”

Actually, to correct Tom Blumer, these press reports that are prepping the battlefield for the left to credit future economic growth to Obama are not mere “sick fantasy.” They are outright Orwellian.  Fortunately, in answer to the age old question, “who are you going to believe,” our incredibly biased media “or your lying eyes,” the answer is apparently the former.