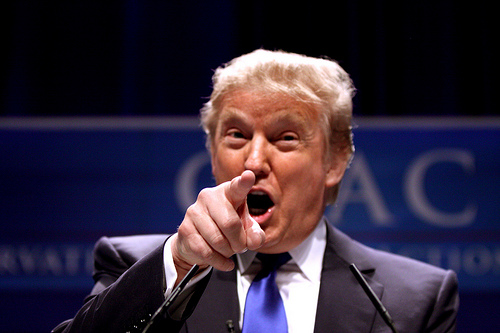 Yes, the Electoral College has spoken on the election, but the Progressives’ weeping, wailing, beating of breasts, and rending of garments continues unabated. That’s why you’ll find these articles pertinent, interesting, amusing and, sometimes, frightening.

Hillary’s most ardent followers haven’t learned that lesson either. They’re so busy pointing at Comey (never mind that he got on the case because Hillary broke the law), Russians (never mind that the DNC and Podesta practically gave their information away), and anyone or anything else that attracts their angry, short attention span, that they’re missing the main lesson: You don’t win by hating voters.

Over at the San Francisco Chronicle, columnist Joe Fitzgerald Rodriguez looked at the numbers after the election and decided that an entire section of the City is irredeemable — and darn if he isn’t calling them out on it:

That’s 9.23 percent of ballots cast, according to the Department of Elections, or 37,000 San Franciscans who apparently don’t give a flying fudge that Trump is a lying, racist, woman-attacking blowhard who may plunge our planet into a worse climate crisis, lock up Muslims like we did the Japanese during World War II, and won’t do a lick to save anyone’s jobs because he’s incompetent to a staggering degree.

I mean, seriously — Trump supporters are slapping swastikas all over the country in celebration, and according to the Atlantic, white nationalists in Washington, D.C., last week were heard shouting “Hail Trump, hail our people, hail victory!”

So where do our local Nazi supporters hail from? Local political consultant Jim Stearns was kind enough to break down the voter precinct data and show us who in S.F. would actually pull the proverbial crank for that crank.

Merced Manor is a to-do neighborhood just north of Lake Merced in The City’s southwest side. It also bears the dubious honor as home to the most Trump voters. Wealthy Merced Manor shall forever hereafter be known as “Trumpland-SF.”

As for me, I’m completely awestruck that almost 40,000 San Franciscans managed to rise above the non-stop brainwashing and abuse to make a sensible decision about our country’s future. Bravo to all of them! And no, I don’t see any of them switching over to voting for a Dem after having been called swastika-slapping Nazis.

And one more thing — my old neighborhood had the second highest concentration of Trump voters. Neither Lake Merced nor the Sunset, incidentally, are wealthy neighborhoods. They’re lower middle class to middle class and the Sunset, at least, has a very high Asian population. In other words, Trump’s target voters: hard working people with solid American values whom the Progressives have insulted, demeaned, overlooked, and marginalized. If Trump turns the economy around (as I think he will), they’ll be back to vote for him again, and they’ll probably bring some of their friends.

Who’s guilty of fake news? The lamestream media is guilty. Ashe Schow has a lot of evidence — and it’s impressive to think how much more he could have assembled with relative ease.

Meanwhile, on-the-ground Lefties are contributing to fake news with fake crime hoaxes. A Progressive student got Trump supporters blamed for his artistic efforts using swastikas. A Muslim University of Michigan student was lying (I’m shocked! Shocked!) when she claimed a Trump supporter threatened to set her on fire. The guy who claims to have been thrown off a flight for speaking Arabic is a known hoaxer and there’s no evidence this particular incident actually happened. It was a member of the church who set it on fire after spray painting “Vote Trump” on the wall.

Ben Stein nails the crazy. A couple of weeks ago, Ben Stein made an excellent point about the Progressive mental meltdown, which is the absence of any evidence for their accusations:

The media powerhouses and the morons on college campuses cannot accept that someone with views different from theirs will be president. They riot. They burn Old Glory. They stop speaking to me.

This is exactly the opposite of how a free country should be run. And besides, what can Trump do that will be so bad?

Suppose he does cut down on immigration. Hard luck, indeed, for farmers and ranchers and consumers, but what’s the problem for college professors and students? Suppose he appoints conservative judges. Times have shown over and over again that abortion is not going to be much restricted, no matter who is in the Oval Office. I wish Roe v. Wade would be overturned, but it’s not going to be.

Yes, he has spoken too forcefully about illegal immigrants, perhaps. But they’re illegal. That’s the whole point. They’re not supposed to be here. And yes, he should not have talked the way he did about women and fame. But what he talked about is a trifle compared with what Bill Clinton did — and what Hillary defended him over.

Reality is so inconvenient when you’re crazy and angry.

Part of the craziness comes from California. It’s not just that California is politically insane, going hard Left in a costly, unrealistic way (trapping cow farts? Really?). It’s that Hillary’s unnecessary excess votes came from California. It’s these votes that Progressives are clinging to when they savage the Electoral College and the dastardly reality — a reality that the candidates knew going into this election — that one can defeat the big Lefty states by getting a spread of smaller states.

The problem for the Progressives is that the huge number of votes Hillary got in California is probably an illusion. It certainly consists, in significant part, of votes from illegals, whose votes don’t count.

More than that, nobody has calculated the number of Republicans who didn’t vote because it wasn’t worth the effort. First, they knew that the combination of legal and illegal votes in California would almost certainly lead to California’s Electoral College votes going to Hillary. Second, thanks to open primaries (I’ve explained here why they’re awful), there were no Republican Senatorial candidates. Also, in counties such as mine, there were no Republican candidates for the House of Representatives or the California Assembly. I voted for Trump to take a symbolic stand, but I don’t know how many Republicans bother to make even that effort.

Despite spending a year of the world’s time preening and pouting, blubbering when things didn’t go his way or filling screens with his bulbous shit-eating smirk whenever they did, Trump won. And for liberals, who had assumed along with Hillary Clinton that the world was theirs to inherit, this needed an explanation—one that had nothing to do with their own failures, one that could be safely localized somewhere distant, malevolent, and unknowable. Russia, perhaps. Enter Eric Garland.

On Dec. 11, fueled by prescription amphetamines and craft beer, Eric Garland disgorged a sprawling 127-tweet thread explaining to America and the world exactly what was going on, how Russia put Trump in power, and what they could do about it. And the thing was a sensation. Every so often, a text comes along that perfectly captures the mood of a certain section of society at a certain time, something that screams their pain for them in ways they can’t quite manage to do themselves. Garland’s tweet thread is that common roar of establishment liberalism in the age of Trump. It’s been retweeted thousands of times, gaining fawning praise from much of the liberal intelligentsia. Finally, someone has had the courage to put it all together, in a grand masterpiece of political analysis. Kurt Eichenwald of Newsweek and Vanity Fair called it “a MUST read.” Clara Jeffery, editor in chief of Mother Jones, gushingly described it as the “single greatest thread I have ever read on Twitter. And in its way a Federalist Paper for 2016.” “Great writing, using a form that doesn’t usually lend itself to greatness,” gurgled the Washington Post’s David Fahrenthold. Tim Fullerton, New York Gov. Andrew Cuomo’s director of communications, glooped that “if there were a Pulitzer for tweeting—this thread would be the undisputed winner of 2016.” Patton Oswalt: “Succinct & propulsive writing.” Sean Illing: “Bullshit-free.”

Clearly something horrifying has happened to America’s great liberal intellects. One moment they were yapping along in the train of a historic political movement; now, ragged and destitute, they wander with lolling tongues in search of anything that might explain their new world to them. This is, after all, how cults get started. Cultists will venerate any messianic mediocrity and any set of half-baked spiritual dogmas; it’s not the overt content that matters but the security of knowing. If Trump’s devoted hype squad of pustulent, oleaginous neo-Nazis can now be euphemized as the “alt-right,” the Eichenwalds and Jefferys of the world might have turned themselves into something similar: an alt-center, pushing its own failed political doctrine with all the same vehemence, idiocy, and spleen. So it’s strange, but not surprising, that so many people would sing the praises of Garland’s masterpiece, because it is absolutely the worst piece of political writing ever inflicted on any public in human history.

Most intel is garbage. Some of it is very good but that usually is very narrowly focussed and has to do with hard facts: e.g., “Army divisions X and Y have been put on alert and all leaves cancelled.” The intent? Ah, well, that’s a matter for conjecture and speculation unless–extremely rare–you have a reliable source right inside the other guy’s highest and most inner circle who can tell you what is being said and planned for those divisions. As I said, very rare.

Don’t forget that this odious misadministration has a long track record of fiddling with intel. Political pressure was brought, for example, to declare us as winning against ISIS, when the intel showed we were not. The CIA and others were forced to find that climate change is a greater threat than terror.

Look, the Russians and Chinese and others have been running intel and misinformation operations against us and our allies for decades. This Obama administration has taken a very soft stance on all of this, up until Hillary Clinton lost the election on November 8. Suddenly, the administration, Hollywood, the media, and, of course, the Democratic political class are in a patriotic uproar over foreign intervention in our elections. Prior to those elections we were assured by Obama and minions that our system was solid as a rock and that it could not be tampered with.

What happened to change things? Clinton lost. That was not supposed to happen! Now, suddenly, our election system is highly vulnerable AND our whole election, it is more than implied, has been thrown to Trump by these foreign actors.