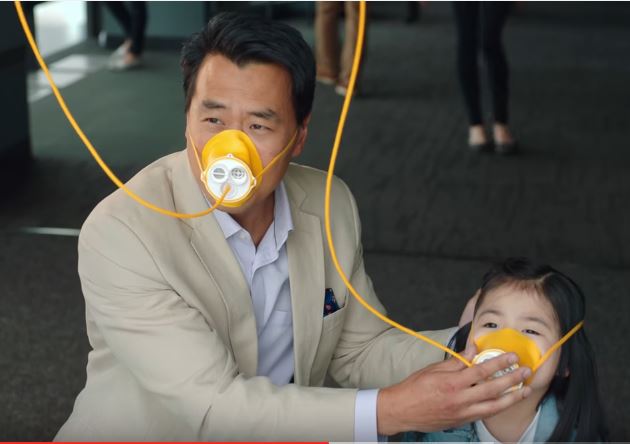 Unlike George Will, I liked the pithy, punchy Trump inaugural speech. I didn’t see anything fascist in his claim that it’s time for America to repair herself before dashing out to be the world’s savior. That is, I see nothing peculiar in an American president making America’s economic health and national security — matters that affect all citizens regardless of race, color, creed, sex, or sexual orientation — his top priorities.

It wasn’t until I read Virgil’s analysis of the Trump inaugural speech, though, that I realized why Trump made so much sense to me. Virgil describes the speech’s core this way:

Virgil believes that Trump’s speech marks a watershed in American history. That is, in recent decades, it had been possible for a president to natter on about America’s duties to the world as a whole, and yet it was seen as gauche to talk about America’s duties to itself, and to her people. But that all changed today. It was Trump who spoke of “carnage” in our cities (and what other word could one use to describe, for example, the nearly 800 murders in Chicago last year, part of an overall 14 percent rise?). It was Trump who spoke also of “rusted-out factories scattered like tombstones across the landscape of our nation.”

“America first,” therefore, isn’t about white supremacy or world domination. Instead, it’s the simply recognition that the Left’s belief that America’s past sins have been so bad that she must repair the world before she can care for herself and her citizens is a recipe for disaster, both at home and abroad. And that’s where those in-flight safety videos come in.

My recent trip to Southeast Asia occasioned a whole lot of flights — nine to be precise. We made long-hauls to get halfway across the world and short-hauls to allow us to fit four countries into a short time-frame. Nine flights means watching nine in-flight safety videos. My current favorite is United’s, because I like Gershwin and I appreciate the effort to make the video entertaining:

If you don’t want to watch the entire video, just go to the 1:52 mark in the video in the video. That’s the point at which United does the “oxygen mask” portion of the video:

If necessary, an oxygen mask will drop from above your seat. If a strap appears, pull down on the strap to access your mask. Firmly pull the mask to extend the tubing. Place the mask over your nose and mouth, and slip the band over your head. The band does not require adjustment. To start the flow of oxygen, breathe normally. Make sure your mask is secure before helping others. (Emphasis mine.)

For those wondering why the safety instruction insists upon the seemingly counter intuitive advice for a parent to put a child’s safety needs second, rather than first, the answer is that, if the parent becomes debilitated from lack of oxygen, he can help neither himself nor someone else . . . and debility happens very quickly indeed. This following video explains exactly what happens in a low oxygen environment. It’s impressive to see how quickly a person goes from feeling fine to being incompetent, with death following swiftly:

You’ve probably already figured out my analogy by this point. Trump’s speech is the equivalent of an in-flight safety video regarding oxygen masks. For the past 16 years, America has been pouring her resources outwards, away from her own needs, and she’s near death now.

George Bush focused his efforts outside of America’s borders because he believed after 9/11 that America’s national security rested on fighting the enemy abroad rather than letting the enemy bring its fight to America. Things did not turn out as planned, of course, although I place most of the blame on the Democrats’ ferocious re-enactment of their Vietnam War opposition (which consigned so many southeast Asians to death and misery) and on Obama’s abrupt withdrawal from Iraq and inept handling of the “Arab Spring” for this failure. The fact is that, when George Bush left office, Iraq was pacified and Iran out of the picture.

Obama also turned his efforts away from protecting both America’s economy and its external and internal national security. I don’t need to detail the broken border, the blind eye turned to Islamic terrorism, the healthcare money hemorrhage, the job-killing regulations, the climate change boondoggle, the Middle East malfeasance, the support for Europe’s disastrous Merkel-led immigration policy, or the enthusiasm for racism driven narratives that knee-capped America’s law enforcement. Just as I have, you’ve watched those disastrous policies play out in real time.

After sixteen years of these policies, whether they were well- or badly-intended, America is like the person who’s been fumbling with someone else’s oxygen mask while neglecting his own: She is slowly dying. Until she can remedy her own situation, she is incapable of helping others.

Americans who support Trump understand that he’s the oxygen mask this nation desperately needs. He may be crude, bombastic, and narcissistic (in the traditional sense of loving himself, not in the psychiatric sense of destroying others to elevate himself), but his belief in America’s greatness and her dire need for political oxygen is genuine. The Trump inaugural speech reflected these beliefs and his proposed (and very reasonable) remedies.

As the decidedly non-fascist Trump inaugural speech revealed, with Trump’s common-sense help, America just might survive this flight. Moreover, if Trump’s focus on America’s needs do indeed stabilize her, only then will she again be in a position to help others.