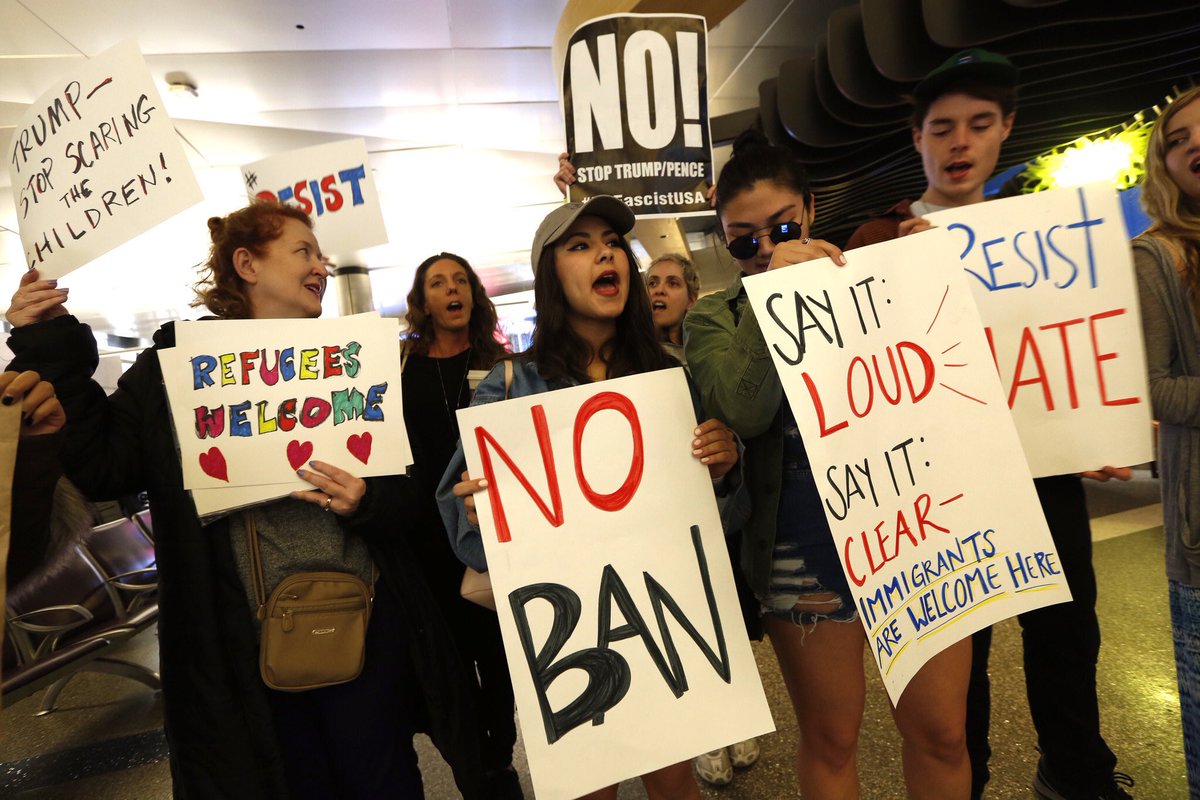 Because the media is working overtime to out-and-out lie, or just subtly misrepresent, Trump’s immigration stay, ordinary people are having to do the media’s job. That’s what my friend John did, and he came up with something simple, straightforward, and singularly illuminating:

Is there really a problem in Europe?

Yes. Muslims are NOT assimilating anywhere in Europe.  And in their case, non assimilation equals violence.  Every country would LOVE to put the “genie back in the bottle” and figure out how to avoid the mess.

What exactly happened on Saturday?

325,000 people from foreign countries came into the United States yesterday, and 109 people were detained for further questioning. Most of those people were moved out. We’ve got a couple dozen more that remain.

How did Trump pick those 7 countries for the immigration stay?

He didn’t.  Obama did.  According to the draft copy of Trump’s executive order, the countries whose citizens are barred entirely from entering the United States is based on a bill that Obama signed into law in December 2015.Obama signed the Visa Waiver Program Improvement and Terrorist Travel Prevention Act as part of an omnibus spending bill. The legislation restricted access to the Visa Waiver Program, which allows citizens from 38 countries who are visiting the United States for less than 90 days to enter without a visa.

Don’t the 7 countries listed in the ban make up pretty much all of the world’s Muslims?

HA!  Not even close!  When you add the Islamic populations of all 7 countries listed in the ban, we’re looking at 14% of the world’s Muslim population.

Where these facts about the immigration stay (which the MSM ignored) come from: