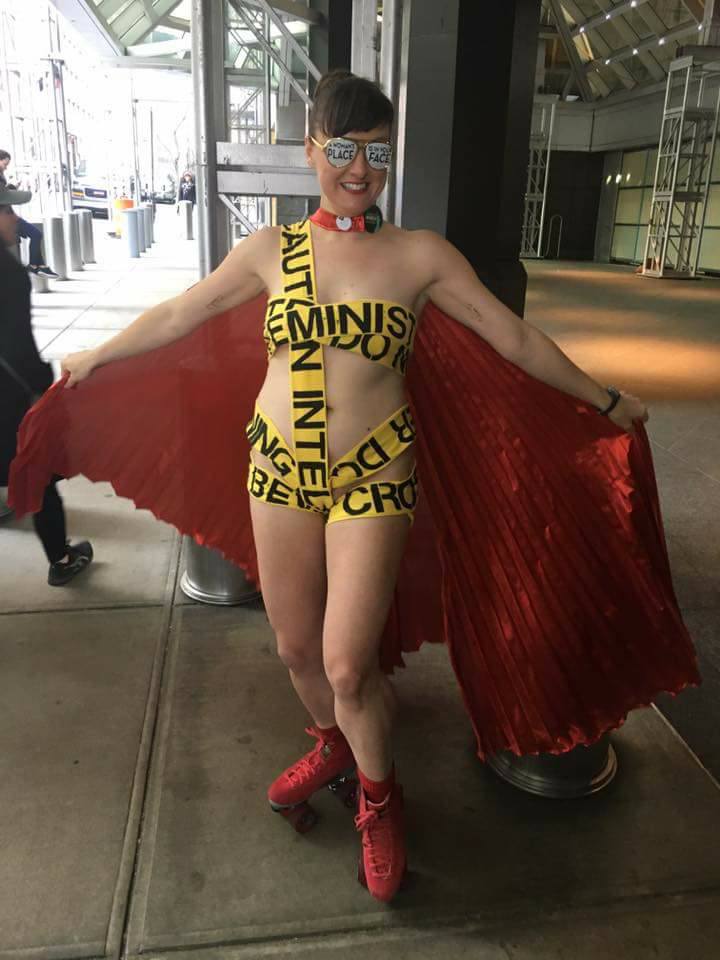 To stay ahead of the Left’s gnawing away at every underpinning of Western civilization, we need to stay updated about the culture wars. This post helps.

Modern wars are never fought on one front. They are fought on all fronts. Obama’s minions in government are trying to bring President Trump down from the inside. And Progressives’ minions on the streets are trying to destroy America through culture wars fought in the media, in schools, and even in bathrooms. This post collects updates from the myriad fronts in the culture wars phase of the Leftist attack on Western civilization.

Stop buying their line. One of the things Progressives do well is to create fact-free tropes that quickly become conventional wisdom. One of these tropes, going back to the 1980s, is that if we’re nice to gays, they won’t need to act out their pain and rage by engaging in unsafe sex. A trio of writers from the culturally conservative Family Research Institute argue that the data shows the opposite — unbridled gay sexuality increases the rate of sexually transmitted diseases. They make this argument, moreover, with data from an unexpected place: China, a country that was once too sexually conservative even to admit that homosexuality existed. I’m neither endorsing nor denouncing the data in this article (I don’t know enough to have an opinion), but I sure thought it was interesting.

Faith should be about faith. Many people who have hit rock bottom (especially, it seems former rock stars) turn their lives around with help from a return to traditional religion. True faith builds people up. Too many millennials, however, don’t understand that first you find God and then, with God’s help, you find the strength to lift yourself out of the abyss. That’s why you find a lot of these millennials wandering into churches and synagogues looking for religion to be just another branch of the Social Justice tree under which they shelter. Rachel Lu explains that faith is not one more step in the Leftist self-help, Gaia reclamation project.

Encouraging, rather than bullying, on bathrooms. Yelp has a good idea, which is to crowd-source the location of gender neutral bathrooms so that people in need can easily find them. This is how the free market should work. Rather than using government’s overwhelming power to bully companies and schools into allowing any guy dressed as a gal into a women’s bathroom, use the marketplace to enable the minute portion of people who want gender neutral bathrooms to find them easily.

College is expensive because of Leftism. Despite college costs increasing at an exponential rate much higher than the inflation rate (and this has been true for the last thirty years), the student-teacher ratio at most colleges hasn’t changed over the decades. Students in liberal arts programs also emerge less educated, although this is due to Leftist lunacy, rather than too few teachers for too many students. The reason colleges are so expensive is because of the vast social justice infrastructure that colleges have built, all of which taxpayers and parents have to fund. God, but I loath modern academia. (And if you’re wondering, academia is the sole reason America Jews and Asians are Leftists when their interests do not lie in that direction. It’s because they are the group most likely to send their children to college, something that’s been true for decades now.)

The millennials are mentally ill. When I returned from my little Bookworm’s orientation at an obscenely expensive liberal arts college, I wrote that the school counselor, after making sure we knew his/him/he’s pronouns, earnestly assured us that around thirty percent of all incoming freshman were mentally ill. Having already sat through several hours of orientation, I knew that this number would be closer to 100% by graduation. It sounds like a joke, and a bad one, but the fact is that millennials are mentally ill, thanks in large part to the colleges that are making them crazy. As always, Ace’s take on the subject is interesting and fun.

Leftists always, but always, eat their own. I’ve already written about the utterly unscientific “March for Science,” which is trying to recreate a 21st century “Scopes Monkey Trial.” Sadly for the organizers, the lines aren’t as bright as they were one hundred years ago. So it is that these organizers got into deep doo-doo for clinging to the old-fashioned idea (which happens to be grounded in science) that there are such things as “females.” You can’t say things like that nowadays in academia (the place that makes children crazy and that bankrupts taxpayers and parents).

Gender and fluids. Apropos that outdated notion of “females,” “Toni the Tampon” reminds us that “men get periods too.” And no, I don’t know (and I don’t really want to know) if Toni the Tampon is talking about women who think they’re men, but still have ovaries and stuff that bleeds monthly or if Toni is referring to men who think they’re women and do weird things with fake blood.

Sexual assault in our brave new world. At Amherst, he and she got drunk. She performed oral sex on him when he was unconscious, something shown by her contemporaneous confessions via text to her friends. Some might call this rape. Two years later, she accused him of sexual assault and he got kicked out of school. He sued and, thank God!, at least one judge showed some ordinary common sense and vindicated him. You have to read the whole thing to believe it . . . and even then you might not believe it.

Navel-gazing is so yesterday. For many years, I’ve derided Leftist morality by saying that each Leftist’s moral compass is his or her navel. In this Leftists are distinct from conservatives, who believe in moral absolutes that exist independent of our emotions and needs. Navel-gazing, though, is so yesterday. Cate Blanchett has announced to the world that her moral compass is her vagina. You all are welcome to play around with that thought. As for me, I’ll just back away slowly. I really don’t want to go there.

Don’t you go imposing your standards of excellence on us. Sometimes I seriously think American blacks are trolling the Left, just to see how far they can push the Progressives. It’s hard to believe that a black student “collective” at UC Berkeley is serious when its members tell an environmental group that the group is being racist for daring to demand that members conform to certain standards of accomplishment.

There is no rule of law to which to conform. Tom Knighton agrees with Megan McArdle that conservatives must respond to Leftist violence with peace and dignity. That presupposes a rule of law. After all, Gandhi knew that the British were not Nazis and ultimately would be forced to do the right thing because of their respect for the Rule of Law. Likewise, Martin Luther King Jr. knew that, outside of the South, pressure from all over America would force the rule of law onto the horrors of Jim Crow. In today’s America, though, it’s not entirely clear that there’s a rule of law in play to which conservatives can appeal. College campuses are reluctant to step in to protect free speech and, once the jack-booted thugs get involved, the police back off and the colleges refuse to expel the miscreants. It’s party-time for the bad guys.

Part of why I grew up innately conservative is because I was too young to be a hippie in the Summer of Love back in 1967, when it was rainbows and dancing and flowers in Golden Gate Park. I was old enough,  however, to be aware of what happened after the Summer of Love wrapped up, when hippies lay in their own filth in streets with needles in their arms. That kind of stuff really makes you wonder whether the revolution was worth it. The things I’ve described above may help explain why the post-millennial generation is apparently rather conservative. Once the thrill of the revolution ends, all you’ve got is filthy people with needles in their arms — or the academic equivalent, which is crazed, man-hating feminists destroy once reputable institutions.