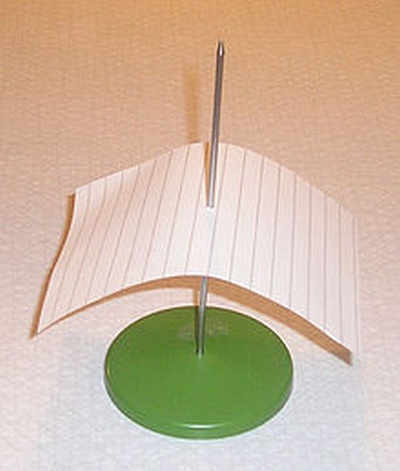 I’ve promised myself not to tag any more posts until I clear those already cluttering the spindle — and they’re too good to let slip away.

It’s time for government to get off its moral high horse. Victor Davis Hanson hits another home run with an article reminding Democrat leaders that they’re not doing anyone any favors by focusing on such exciting things as climate change, transgender issues, and exerting control over the minutiae of every person’s life, even as real infrastructure crumbles at their feet.

When they [these Progressive moralists] are unwilling or unable to address pre-modern problems in their jurisdictions — crime, crumbling infrastructure, inadequate transportation — they compensate by posing as philosopher kings who cheaply lecture on existential challenges over which they have no control.

In this regard, think of Chicago mayor Rahm Emanuel’s recent promises to nullify federal immigration law — even as he did little to mitigate the epidemic of murders in his own city.

Former president Barack Obama nearly doubled the national debt, never achieved 3 percent economic growth in any of his eight years in office, and left the health-care system in crisis. But he did manage to lecture Americans about the evils of the Crusades, and he promises to lower the seas and cool the planet.

Arnold Schwarzenegger, the former governor of California, likewise ran up record debt during his tenure, culminating in a $25 billion deficit his last year in office. Schwarzenegger liked to hector state residents on global warming and green energy, and brag about his commitment to wind and solar power.

Meanwhile, one of the state’s chief roadways, California State Route 99, earned the moniker “Highway of Death” for its potholes, bumper-to-bumper traffic, narrow lanes, and archaic on- and off-ramps. During California’s early-February storms, the state’s decrepit road system all but collapsed. A main access to Yosemite National Park was shut down by mudslides. Big Sur was inaccessible. Highway 17, which connects Monterey Bay to Silicon Valley, was a daily disaster.

Schwarzenegger’s successor, Jerry Brown, warned of climate change and permanent drought and did not authorize the construction of a single reservoir. Now, California is experiencing near-record rain and snowfall. Had the state simply completed its half-century-old water master plan, dozens of new reservoirs would now be storing the runoff, ensuring that the state could be drought-proof for years.

Instead, more than 20 million acre-feet of precious water have already been released to the sea. There is nowhere to put it, given that California has not built a major reservoir in nearly 40 years.

Preet Bharara — good riddance to bad rubbish. Some people had made noises about Preet Bharara maybe staying on as a U.S. Attorney in New York because he was going after corporate corruption. Except he wasn’t. He was engaged in corporate shakedowns — threatening corporations with lawsuits unless the corporations paid big bucks to Leftist organizations. Bharara was also the one who went after Dinesh D’Souza for a small dollar campaign violation that is ordinarily ignored even when big money is involved. It was payback for D’Souza’s exposes. And of course, when asked to resign — as is normal when a new government moves in the White House — Bharara did some grandstanding so that he could get fired. All of which, says Glenn Reynolds, proves that Trump was right to fire him. I think Trump should fire every single U.S. Attorney. I have no doubt but that they’re all tainted.

Naughty, naughty refugees. The grandstanding is that refugees from the Middle East are pure souls, escaping from a genocidal Hellhole. Putting aside the fact that all majority Muslims are genocidal Hellholes, this is crap. Most of the refugees are escaping economic stagnation, and the war and starvation that come with that, all of which results from the pre-medieval mindset controlling their nations. They are poor things insofar as they were unlucky enough to be from Muslim nations, but the reality is that they bring the pathologies with them. They don’t come here to start a new life; they come here to live on infidel welfare until they can take over. That’s the reality of Islam. It just is. That’s how they’ve been raised. It’s what they are.

Oh, and of course, a disturbing number of them are terrorist wannabes. That was not a problem with the Jews escaping Hitler’s ovens or the Vietnamese escaping the Viet Cong.

Of course, refugee antisemitism is a Democrat selling point. One of the worst pathologies that comes into a country with Muslim refugees is a burning hot, violent antisemitism. Islamophobia is an imaginary condition, except for those Shia Muslims getting killed by Sunnis or vice versa. Attacking, mutilating, and killing Jews is the real deal. (And no, I haven’t forgotten the Christian genocide throughout the Muslim lands; it’s just that this particular squiblet is about antisemitism.)

Unfortunately, what American Jews, who hew Left, haven’t figured out is that this antisemitism, rather than being a reason for the Left to reject the Muslim refugees is a reason that the Left embraces them. As Daniel Greenfield points out in a scathing article, today’s Democrats actively embrace antisemitism and then, when called upon it, rather than admitting to their bias, make all sorts of craven statements in their defense:

The Democrats care about anti-Semitism.

They care so much that they had a presidential candidate and convention speaker who led an anti-Semitic riot through a Jewish neighborhood. “If the Jews want to get it on, tell them to pin their yarmulkes back and come over to my house,” he had taunted his victims.

He became a close presidential adviser whose endorsement is sought after by every Democrat running for the White House.

They care so much that they had a presidential candidate and speaker at two conventions who had used racial slurs against Jews and declared, “I’m sick and tired of hearing about the Holocaust.”

They care so much that the new deputy DNC chair, who had also spoken at a convention, has a long history with anti-Semitic hate groups.

From Al Sharpton to Jesse Jackson to Keith Ellison, there’s a safe space for anti-Semitism on the left.

John Kerry should have been on Greenfield’s list. John Kerry is, to state it plainly, a despicable human being. Well, that might not be accurate. I’m sure he’s despicable, but I have doubts about that human part. He’s like some swamp creature who crawls through rich Democrat habitats preying on stupid heiresses. He’s also an antisemite who did everything in his power — undoubtedly with Obama’s approval — to destroy Israel.

Some Jews are figuring it out. I find my fellow Jews inordinately stupid when it comes to their refusal to realize that the Left, having used them, is now moving on to place all of its weight behind Muslims, from whom the Left hopes to garner power. Jews, as a source of power, are all wrung out. There’s nowhere to go with them. That’s one of the reasons the Left’s new tactic of “intersectionality” is taking a hard turn into open antisemitism.

Slowly, slowly — too slowly — a few Jews are beginning to realize that there’s a problem:

As a proud and outspoken feminist who champions reproductive rights, equal pay, increased female representation in all levels of government and policies to combat violence against women, I would like to feel there is a place for me in the strike.

However, as someone who is also a Zionist, I am not certain there is.

It’s time to move America’s embassy to Jerusalem. The world community refuses to allow Israel to choose her own capital. Even America acts the coward in this regard, placing its Israel embassy in uncontested Tel Aviv. I hope Trump changes this. But you know what the really dirty secret is? Jerusalem is littered with consular offices serving . . . the Palestinians:

The U.S. embassy in Israel is located in Tel Aviv, but much less well known is that the U.S. consulate-general sits in Jerusalem, just around the corner from the Prime Minister’s residence—and it handles diplomatic relations with the Palestinian Authority. It is one of nine consulates-general in Jerusalem, all of which serve the same purpose. Five of them—the UK, Turkey, Belgium, Spain and Sweden—are in eastern Jerusalem. The consulates-general of the US, France, Italy, and Greece are in western Jerusalem. The European Union also has a representative office in eastern Jerusalem, and the Holy See has an Apostolic Nunciature there, alongside the Palestinian offices of several international agencies.

Israel acquiesces to this travesty. It should not.

The funny side of antisemitism. Yes, there is a funny side:

As demonstrated by Middlebury College, American college students are jackbooted Nazi thugs because the colleges encourage them to be that way.

And when it’s not the colleges encouraging this behavior, it’s the Leftist media — a media that, despite the fact that no one trusts, and even Obama’s team acknowledges is staffed by uninformed morons, has enormous control over American society and politics.

One proud Marine has this to say to those Marines who debased themselves by sexually humiliating women in the Marines:

It makes no difference the circumstances under which this media was obtained. The fact is it was all used to target, denigrate, intimidate, and threaten fellow Marines and is the worst kind of treachery in those who have been given “special trust and confidence.”

I am particularly furious at this kind of conduct and it makes my stomach turn to think that because of this betrayal many of my fellow Marines no longer feel a special trust and confidence in their own tribe. It is especially discrediting and reproachful considering we are an institution whose motto is “Always Faithful.”

I feel nothing but contempt for these charlatans who have ignobly masqueraded as Marines. If it were in my power, I’d strike all of their names from our roles and let history reflect they were never truly one of us. Because they aren’t.

I’ll add only that, in a sexually saturated society, although I expect better of the Marines, I’m not surprised it happened. This is where our society is heading. First the fringes and then the center. Also, women and men should not be serving side by side. They understood that in WWII. They would do well to understand it now.

What Leftism hath wrought on college campuses. Watch these four minutes and weep:

Be of good hope, though. The more ridiculous the Left gets, the more there are openings for you to exploit.

[Dictated but not read, so to speak, because I have to run. If you find typos, let me know with an email to bookwormroom *at* gmail.com and I’ll correct when I get back.]