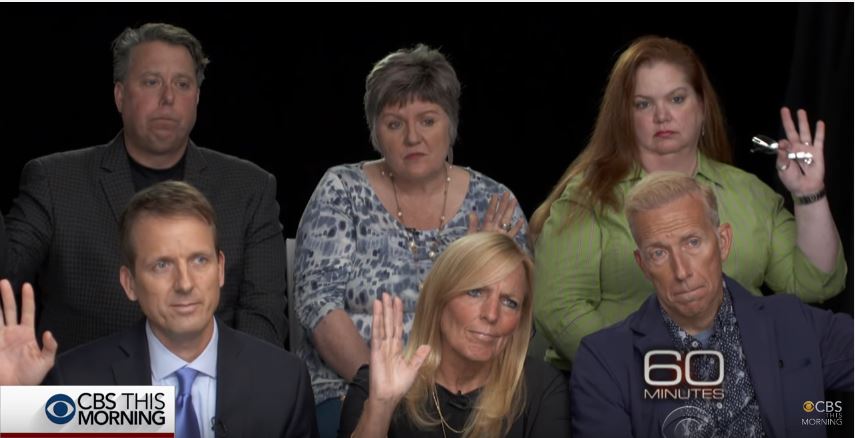 Just when 60 Minutes did a report on Americans hurt by H-1B visas, I had a very frustrating customer experience with workers brought in under H-1B visas.

Two nights ago, 60 Minutes ran an episode about the H-1B visas that allow companies to fire long-time technical workers and replace them with cheap technical labor from India. To add insult to injury the outgoing employees, if they want severance pay, are required to retrain the Indian employees replacing them. Ironically enough, the tech companies that take advantage of this program are, as often as not, possessed of hard Left management — that is, companies such as Disney, the University of California system, or just about all of Silicon Valley.

As the 60 Minutes video makes plain, back in 1990 when the law was first enacted it was intended to bring in only the highest echelon foreign employees to truly add value to the American marketplace. The law barred foreign employees from replacing Americans earning less than $60,000 per year, which was a high-end salary back in the day.

In the intervening 27 years, however, $60,000 no longer means “highest echelon, hard to find American worker.” Instead, it means ordinary, middle-class tech specialists who have spent years, or decades, on the job, only to be replaced by some 23-year-old guy or gal from India. Legal? Definitely. Principled or even legislatively intended? Most definitely not.

While I believe in the free market, I also believe that the free market functions best when it has as its underpinning a sort of bottom-line fundamental fairness, as well as corporate ethics. Looking at the companies playing the H-1B game, one consistently sees the highest level management fashioning huge bonuses and golden parachutes for itself even as it systematically destroys the livelihood of ordinary Americans. (This is true for the UC system, too, by the way. To attract the “best” at the leadership level, it digs deep into taxpayer pockets for funds.)

This free market abuse, in which Leftist CEOs and their ilk trample ordinary Americans while enriching themselves in true robber baron fashion, is the kind of thing that Donald Trump — who once benefited from the H-1B program before realizing its toxic reach — has asserted as a reason for renegotiating certain trade deals. And yes, I know the H-1B program is not a trade deal but is, instead, federal legislation, but the overarching principles are the same.

The 60 Minutes segment was good enough that I was going to bring it to your attention in any event. What made it resonate strongly with me independent of its virtues was the fact that we got a new Netgear router on Saturday. I spent an hour trying to install it, with no success, and another 45 minutes on the phone with a tech person who was quite obviously from India. Nice guy, but no help. He ultimately just said “return it.”

Today, the replacement arrived and, once again, did not work. My husband and I spent over two hours on the phone with another tech person who was quite obviously from India. At the end of the two hours, she finally figured out what was wrong, only for us to get disconnected while we were trying to implement her fix.

We called back and got another person. By that time, the last gal’s fix seemed to have taken and, after spending 20 minutes explaining the issue to the new gal (another Indian), we got the damn thing working . . . sort of. I have internet, but I can only control my router via a backdoor method that’s very irritating.

During all the hours I was on the phone with these three Indian people, I so desperately longed for the easy give and take of talking with a fellow American. The Indians are so tightly scripted, it’s exhausting.

Every comment you make, every step you take, you get a cascade of programmed words. Part of the reason the calls take so long is because the Indians cannot hear you when they’re going through their script: “Thank you so very much for pressing that button and allowing me to help you with decisions about pressing the button as we work, Ms. X, to resolve your issue, Ms. X, so that we can get your system working again.” At least 30% of the call time was for script talk.

I have no animus towards the Indian call center people to whom I was talking. They’re obvious people who are trying to improve their situation and the H-1B visas allow them to do that. They’re working hard and they’re trying their best.

From my point of view, though, they’re a lousy substitute for an experienced American technician who’s seen this problem dozens of times before and doesn’t need a gosh-darned script. Instead, in my experience, those American technicians fix the problem quickly, in a friendly fashion, and then you’re done. The companies that replaced those guys (mostly guys) may be saving money, but they sure are wasting my time — and you know what? My time is money too.

60 Minutes hasn’t made the video available on line, but you can read a written version of the report here, and get a preview here: