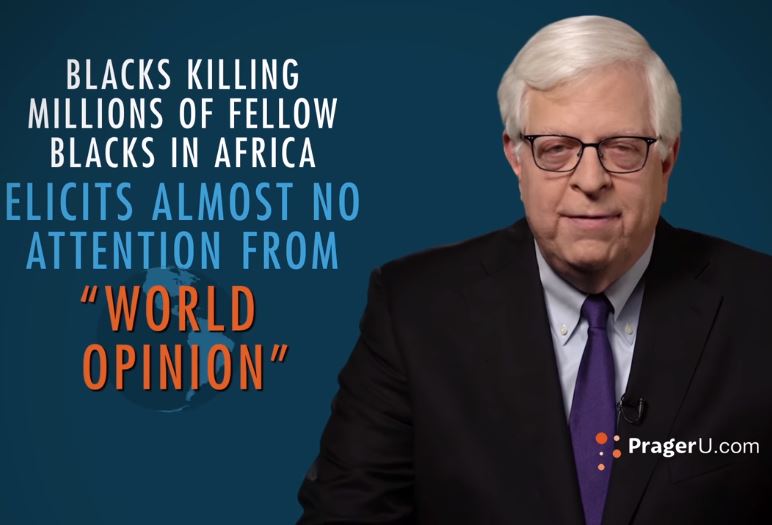 For those caught in its toils, communism has been every bit as evil as Nazism, except with a greater scope. No wonder, given that they’re the same ideology.

I have written thousands of words about the fact that communism and Nazism are siblings, in that they are both variations on socialism. It’s easy to figure this out because both of their names give the game away: Nationalsozialistische Deutsche Arbeiterpartei (National-Socialist German Workers’ Party) and Union of Soviet Socialist Republics. Both were predicated on total state power.

Hitler differed from the Soviets only in that he was willing to maintain an industrial class, which could derive profits from that industry, provided that the industrialists ceded ultimate control and management to the state. Call it crony capitalism, if you like.

To the extent the Nazis fought with the communists within Germany’s borders during the 1920s and 1930s, that was a form of internecine warfare, with both parties struggling to obtain total control. Because they are both totalitarian ideologies, neither Nazism or Communism can suffer a pluralist government. All battles are zero sum games with only one party emerging to hold all power within the state.

Once Hitler obtained total control in Germany, he was in a position to negotiate an alliance with Stalin. These two socialist nations were now fellow totalitarian travelers, at least for as long as Hitler needed Stalin’s aid and military passivity to retain power and aid his war effort. Once Stalin ceased being useful — and once Hitler desperately needed the Soviet Union’s oil fields — Hitler just as easily snapped back into his earlier adversarial posture. It was always about power and never about core ideological differences.

In America, before Hitler attacked the USSR, communists did not support the war. They had no desire to go to war against a socialist state. Their goal, after all, was to see America become a socialist state. If Stalin could tolerate Hitler, so could they.

However, when Hitler attacked the USSR, turning Germany and the USSR into battlefield enemies, America’s homegrown communists changed their tune. It was at this point that they started an intellectual, ideological campaign that still taints America: they claimed that the Nazis, rather than being fellow travelers with the communists, were in fact something called “right wing.” There is no historic basis for this label. At the same time, that the American Left began to castigate all political or battlefield opponents as “right wing,” they also took upon themselves the label “left wing.”

While today’s leftists are still communists, in a straight line from the 18th century French parlement, there is no continuity between America’s constitutional conservativism and the French royalists. The royalists were every bit as dedicated to authoritarian state control as were the revolutionary communists. They simply wanted that total control to come from the king. As Daniel Greenfield so aptly observed about European politics (and we see this play out with Le Pen, a nationalist statist, as opposed to Macron, elitist-globalist statist):

Free people fight for independence. But the left’s revolutions are struggles for tyranny. They protest for better masters. They violently agitate for rulers who will run their lives better.

American constitutional conservatives are sui generis. There is nothing else like them out in the world today or in the history of the world. We fight, not to control others, not to offer a different vision of tyranny, but instead to make each person his or her own ruler. Constitutional conservatism demands that we be the masters of our fate and the captains of our soul.

We’ve now had 72 years of deliberately misleading education on the fundamentally nonexistent differences between Nazism (which was communism with a little controlled capitalism on the side) and communism. No wonder, then, that we have a vast and growing generation of people who will gladly castigate Nazism as the ultimate evil, while freely giving communism a pass.

In his most recent video, Dennis Prager challenges this Leftist-induced world view, arguing that communism is every bit as terrible, if not much more terrible, than Nazism. That the Nazis committed the concentrated, focused, unequaled evil of trying to wipe out an entire people is its own special type of first place in the annals of Hell, but overall, Americans are way too quick to give communism a pass:

I’d love it if Dennis would do a video about the fact that Nazis and communist were siblings under the skin, but I’m not holding my breath for that one.

One more thing: If you like this Prager video, please donate some money, no matter how small the amount, to Prager U. I am convinced that, if Prager U videos were routinely shown in American middle and high schools around the country, we would have the most educated citizenry in American history — not to mention the most patriotic citizens, not in a blind way, but in a way that demonstrates a full understanding of the unequaled merits of constitutional governance.